The overall goal of the project is to mitigate the impact of HIV/AIDS on children infected with or severely affected by HIV/AIDS in Ukraine, from early childhood through to teenage years. This includes ensuring such children are not ostracised or discriminated against in society; changing public attitudes towards them, particularly in schools, and helping them to move from orphanages to adoptive, fostering and guardianship families.

A press conference was held with the participation of world rock star Elton John, the founder of the ANTIAIDS Foundation Elena Pinchuk and head of the coordinating council of All-Ukrainian Network people living with HIV, Vladimir Zhovtyak. The project implementers described how the lives of hundreds of HIV-positive children have changed over the past eighteen months.

The five-year project started in February 2008 Today it works in ten regions of Ukraine. "Children Plus - Improving the Lives of Families Affected and Infected by HIV" Project is implemented by All-Ukrainian Network of PLWH in a partnership with Elena Pinchuk ANTIADS Foundation, Elton John AIDS Foundation, and Romanian Angel Appeal Foundation.

Elton John has arrived in Makeyevka, to highlight the needs of HIV-positive children and to change attitude of society towards kids living with HIV/AIDS. This is his second visit to Ukraine on Elena Pinchuk's invitation, but the first purely in his capacity as Founder and Chairman of the Elton John AIDS Foundation. His previous visit was in 2007, when the ANTIAIDS Foundation organized a free grand charity Elton John concert in Independence Square. This concert marked the beginning of cooperation between the two funds.

'There was a time when it felt like each new national HIV epidemic failed to learn the lessons of the countries that came before them.

I am proud that this programme is using successful global learning to accelerate action in Ukraine. I salute the government ministries that have embraced this project and thank the EFAA, the Network, RAA and Big Lottery Fund for their commitment to giving Ukraine's AIDS-affected children a future.' - said Elton John.

Elena Pinchuk, founder of the ANTIAIDS Foundation: "We're doing this project with hope. We hope that "Children plus" will find them reliable and loving family. We hope that society won't reject them. We hope that people who adopt HIV-positive children won't be socially outcast as it often happens today. We hope that they will be treated as heroes because they're real heroes".

The project has already been implemented for seventeen months. To date 36 HIV-positive orphans have been placed in adoptive, fostering and guardianship (by 2013 this number will rise to 96 children) and 52 children have gone through the process of ‘status disclosure' (by 2013 it will make 1 000 children). Children's lives can be severely affected by how they learn that either they, or their parent is living with a life threatening and highly stigmatised illness such as HIV. Status disclosure is a complex step-by-step process requiring patience from parents and good training by multidisciplinary teams. The Romanian Angel Appeal has had extensive experience in this area and has devised a clear process, training and evaluation materials. Ukrainian psychologists trained in this methodology teach HIV infected families how to provide psychological and emotional support to their children.

To reduce stigma against HIV in schools, 788 teachers from child care institutions have been trained on HIV / AIDS (by 2013 3 000 teachers will be trained). Additionally, project staff have prevented the institutionalisation of 492 children (by 2013 it will make 1 500 children) with HIV-positive parents from families in crisis. These children have stayed with their biological families due to the help of psychologists , social workers, and lawyers, who have collectively engaged children's parents in self-support groups and parenting schools.

The project is managed by the AUkN and implementing by partners in 10 regions: Makeyevka, Cherkassy, Kharkov, Melitopol, Odessa, Poltava, Sevastopol, Simferopol, Sumy and Nykolaev. The financial input of Elena Pinchuk ANTIAIDS Foundation is 2,5 mln USD. Additional 500,000 pounds were attracted by the Elton John AIDS foundation through the Big Lottery Fund.

The Elena Pinchuk ANTIAIDS Foundation has been constantly dealing with HIV-positive children during six years of its work. The Foundation opened 15 deposits of $ 5,000 for families who had adopted HIV-positive children. It bought a house and an apartment for two foster families, who had adopted eight HIV-positive children in Makeyevka. The Foundation consistently helps the orphanages, where HIV-positive children live. This includes the reconstruction, purchase of furniture and equipment for orphanage in Kiev («Berezka») and in Kharkov («Zelenyy Guy»): andthe repair and support of a specialized orphanage in Makeyevka and an infectious disease unit of Kyiv City Center of Reproductive and Prenatal Medicine, support of orphanages in Odessa and Belaya Tserkov, children's centres in Zaporozhye, Dnepropetrovsk, and Nikolaev, HIV / AIDS treatment units of infectious hospitals in Kiev and Chernigov, the Centre for Children's Cardiology and Cardiosurgery. The Foundation has also supported the establishment of a day care room for HIV-positive children in Kiev City AIDS Centre, as well as the mobile clinics to help HIV + children who live in remote districts in the regions of Nikolayev, Odessa, Donetsk, Dnepropetrovsk, Kiev and in the Crimea.

The Elton John AIDS Foundation (EJAF) (www.ejaf.org) is one of the world's leading nonprofit organizations supporting innovative HIV/AIDS prevention education programs and direct care and support services to people living with HIV/AIDS. Since its founding in 1992, EJAF has raised over $160 million to support more than 1000 programs in 55 countries around the globe. It has also leveraged a further $350 million in co-funding. Work with children includes provision of shelter, food and access to education and healthcare to over 200,000 children in sub-Saharan Africa; establishing child care centres in Ukraine in collaboration with the All Ukrainian Network of People Living with HIV/AIDS and putting over 20,000 HIV-infected children on antiretroviral treatment.

The Big Lottery Fund (www.biglotteryfund.org.uk) distributes half of all National Lottery good cause funding across the UK. The Fund aims to enable others to make real improvements to the lives of disadvantaged people and the wellbeing of communities, through fair and open funding of people, projects and programmes.

Romanian Angel Appeal Foundation (RAA) (www.raa.ro) is a non-governmental organization working since 1991 to improve the quality of life of children and youth affected by chronic diseases, discrimination and social exclusion. The Fund is one of the main Romanian providers of medical services, social assistance and psychological support for children and young people living with HIV / AIDS. The organization has been certified to provide constant medical education. Romanian Angel Appeal Foundation is the principal recipient of Global Fund to Fight AIDS, Tuberculosis and Malaria in Round 6. 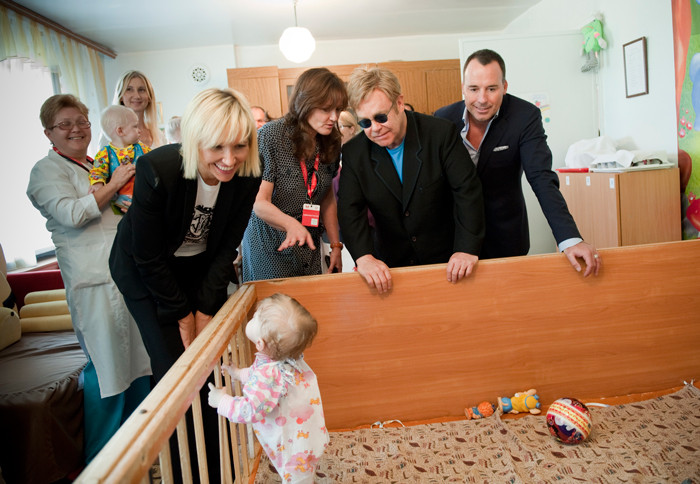 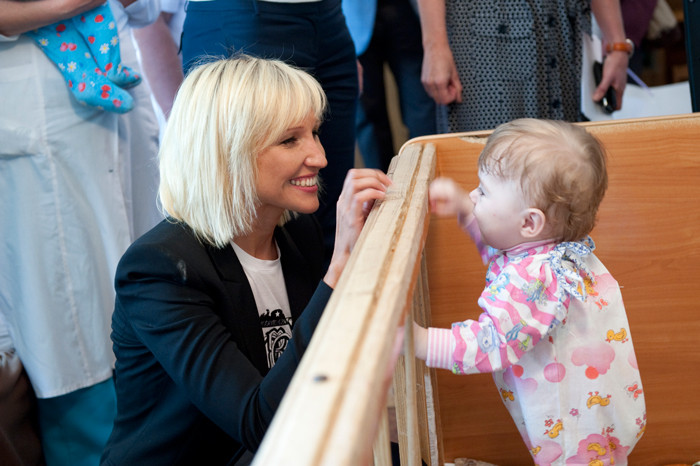 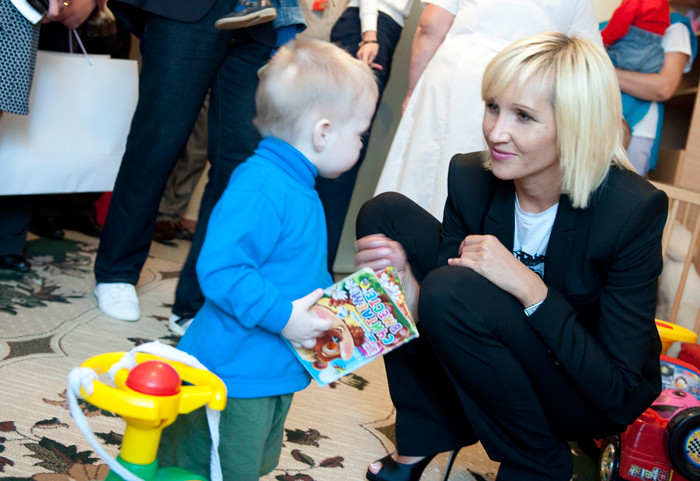 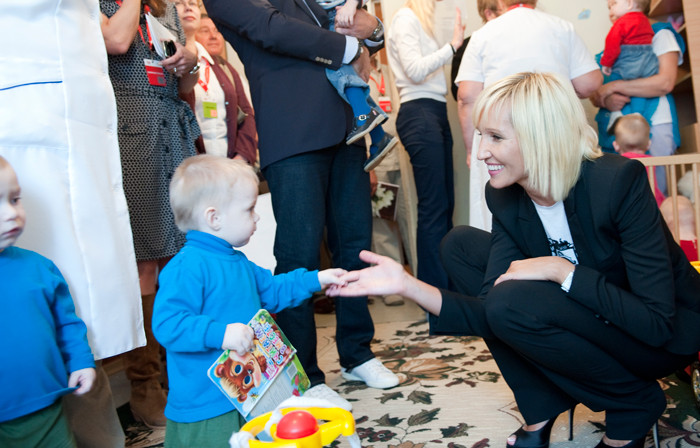 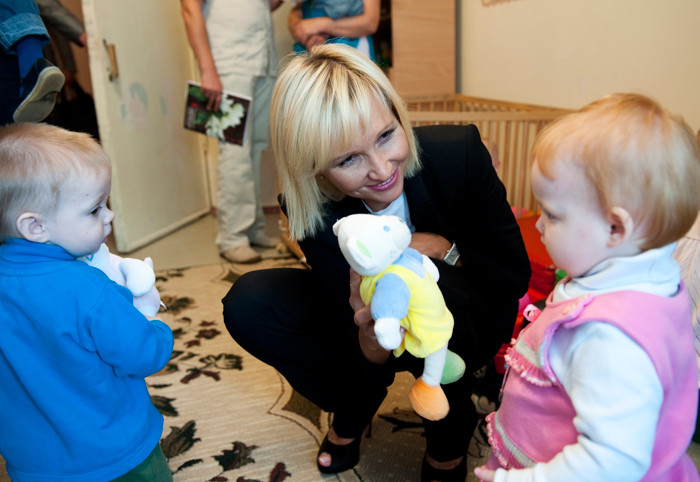 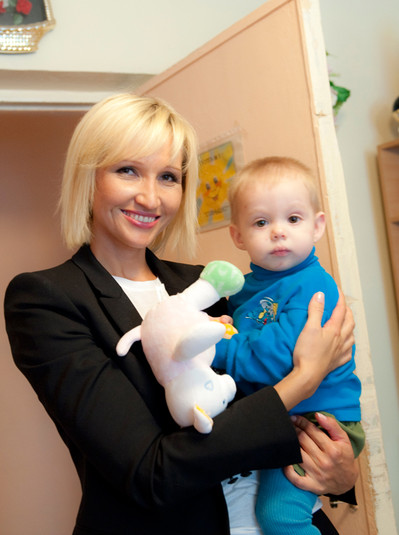 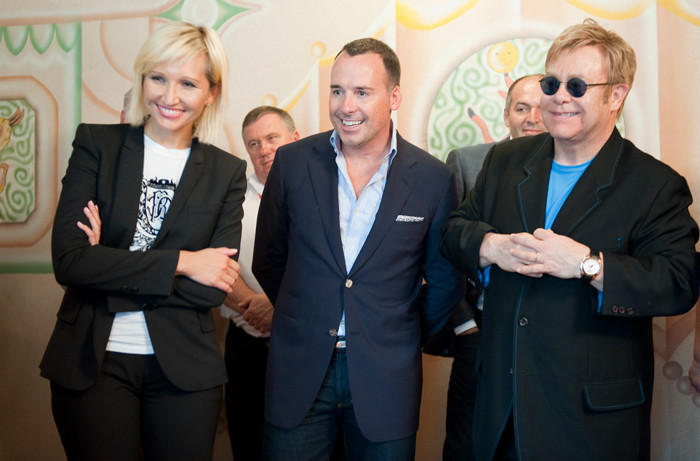 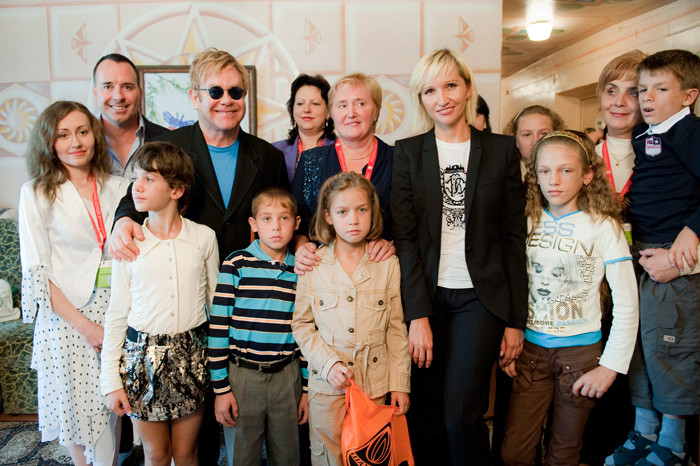 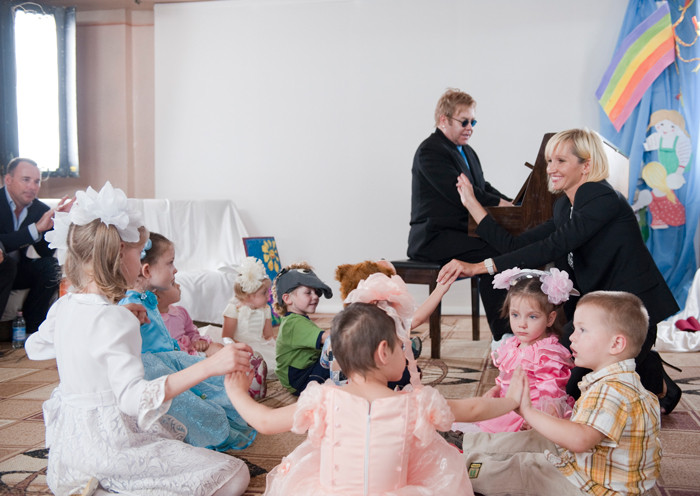 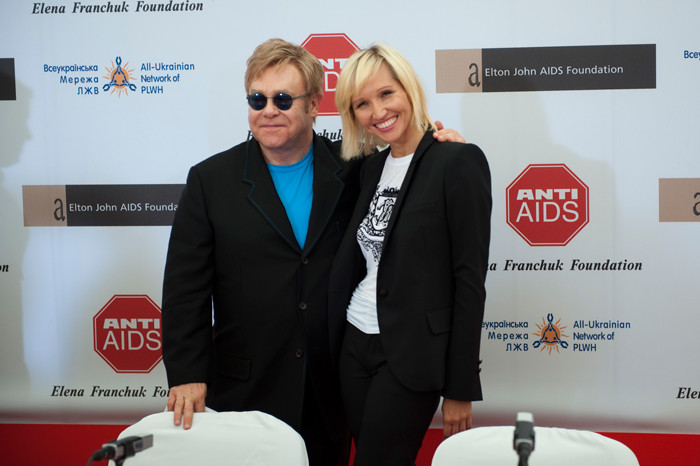 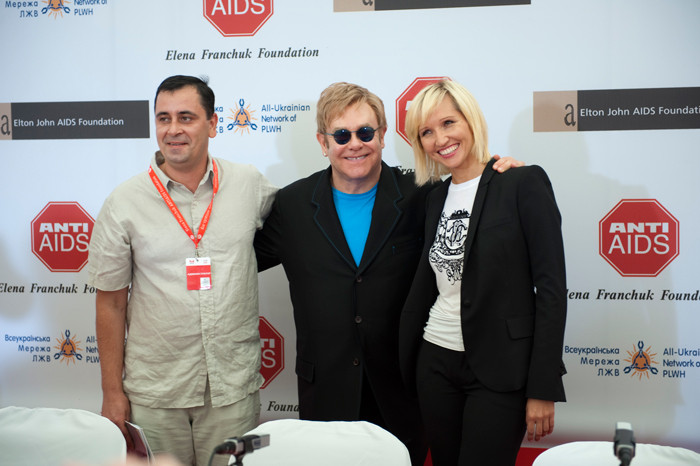 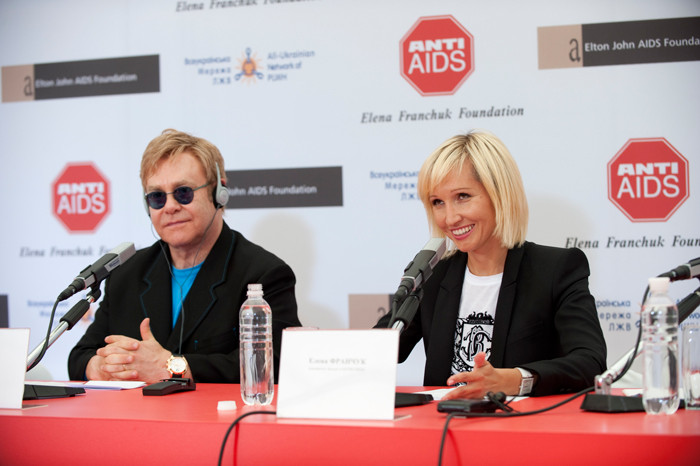 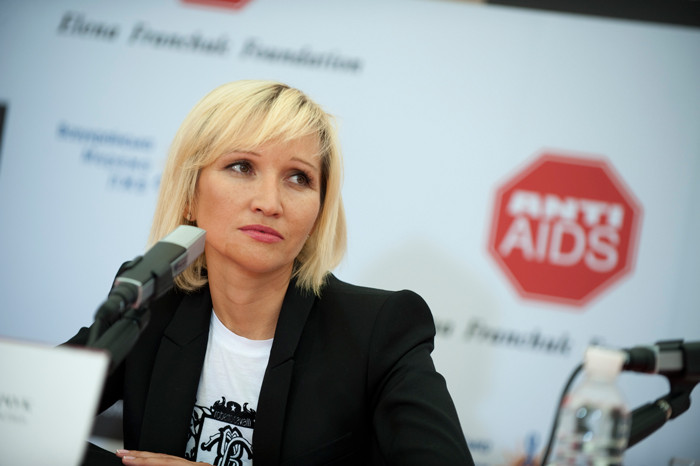 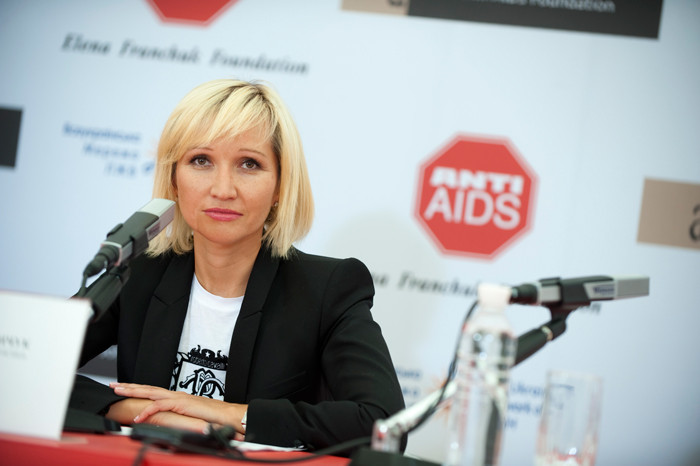 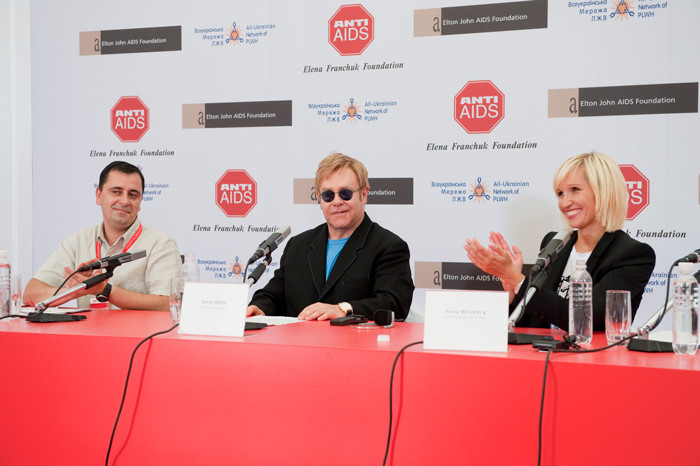 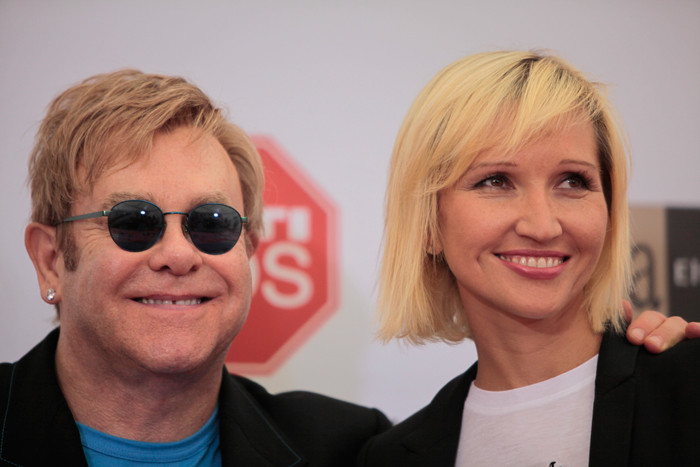 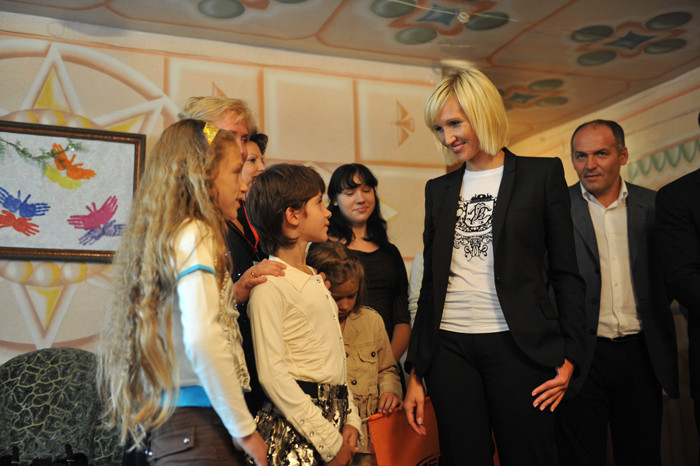 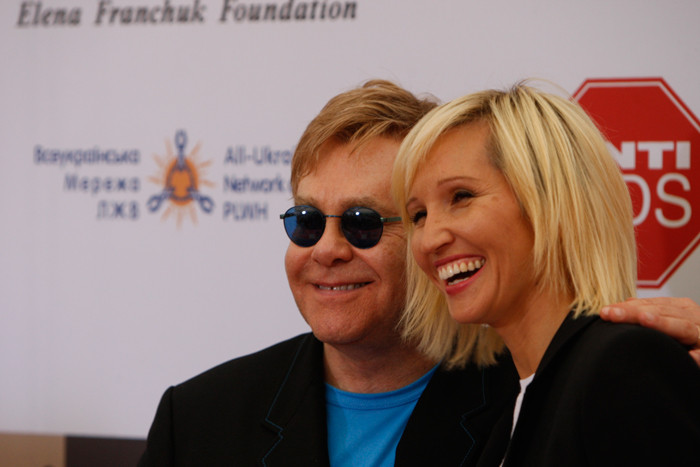 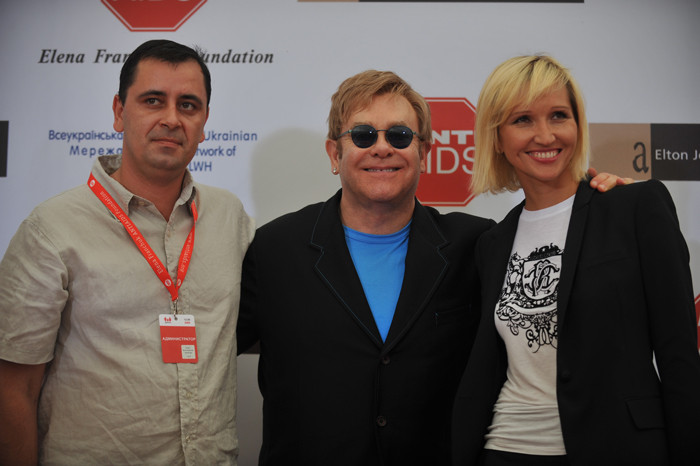 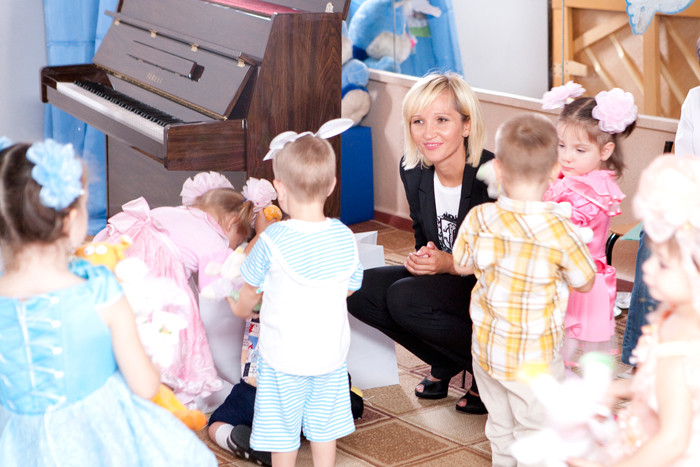