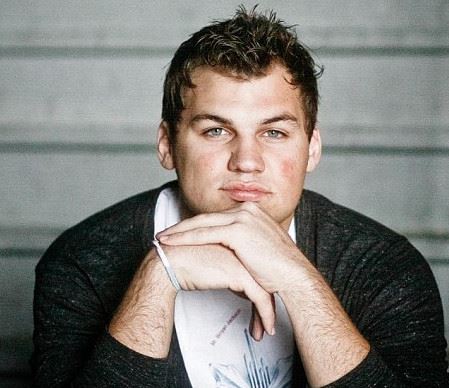 "Man, either I could be sitting around being so mad at the situation, or I can sit around and have fun with it," he tells GQ. "Life's about having fun, having adventures." Stewart's life hardly seemed that way when his father, St. Louis hospital technician Brian Stewart, got life in prison in 1998 for maliciously injecting his son with tainted blood that led to full-blown AIDS. He didn't want to pay child support to the boy's mom, girlfriend , when they broke up. "You won't need to look me up for child support ... because your son is not going to live that long," he told her, per court documents..

The judge's ruling was harsh ("You are going to burn in hell from here to eternity"), but young Stewart—who went through years of grueling recovery, suffered 80% hearing loss, and still takes a daily pill—doesn't seem angry. "I think there is salvation for everyone, and I find myself praying for my father's salvation," he told KPLR-TV in 2013. The Missouri resident became an AIDS activist and, despite his slight speech impediment, a public speaker. He also dreams of being a dad, but for now helps his mom raise the six children she's had with five men. As for his own dad, Missouri inmate No. 1018559, Stewart hasn't reached out. "I don't really feel anything about him," Stewart says. "I don't know what he thinks or what he does, but since I've forgiven him, that's all I can do. Just live my life and show him what I'm made of." (One sign: At age 8, he changed his name from "Brian," the name he shared with his dad, to "Brryan.")

This story originally appeared on