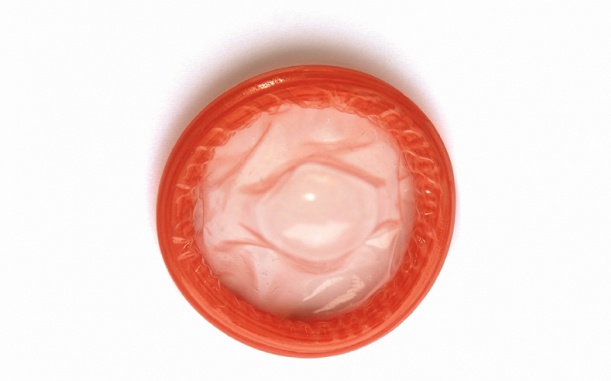 Male and female condoms are the only devices that both reduce the transmission of HIV and other sexually transmitted infections (STIs) and prevent unintended pregnancy.

Laboratory studies show that condoms provide an impermeable barrier to particles the size of sperm and STI pathogens, including HIV.[v] [vi] Condoms, when used consistently and correctly, are highly effective in preventing the sexual transmission of HIV. Research among serodiscordant couples (where one partner is living with HIV and the other is not) shows that consistent condom use significantly reduces the risk of HIV transmission both from men to women and women to men[vii] [viii][ix] Consistent and correct use of condoms also reduces the risk of acquiring other STIs and associated conditions, including genital warts and cervical cancer.[x] With a failure rate of about 2% when used consistently and correctly, condoms are very effective at preventing unintended pregnancy.[xi] [xii]

Condoms have played a decisive role in HIV, STI and pregnancy prevention efforts in many countries.

Condoms have helped to reduce HIV transmission and curtailed the broader spread of HIV in settings where the epidemic is concentrated in specific populations.[xiii] Distribution of condoms has been shown to reduce rates of HIV and other STIs in sex workers[xiv] [xv] [xvi] and men who have sex with men.[xvii] In India[xviii] [xix] and Thailand[xx] increased condom distribution to sex workers and their clients in combination with other prevention interventions were associated with reductions of transmission of both HIV and other STIs. Zimbabwe[xxi] and South Africa are two high-prevalence countries where increased condom use was found to contribute to reductions in HIV incidence.[xxii]

A recent global modelling analysis estimated that condoms have averted around 50 million new HIV infections since the onset of the HIV epidemic.[xxiii] For 2015, 27 billion condoms expected to be available globally through the private and public sector will provide up to an estimated 225 million couple years protection from unintended pregnancies.[xxiv] [xxv]

Recent years have seen major scientific advances in other areas of HIV prevention. Biomedical interventions including antiretroviral therapy (ART) for people living with HIV can substantially reduce HIV transmission. While the success of ART may alter the perception of risk associated with HIV, studies have shown that people living with HIV who are enrolled in treatment programmes and have access to condoms report higher condom use compared to those not enrolled.[xxvi]

Oral pre-exposure prophylaxis (PrEP)—where antiretroviral drugs are used by HIV-negative people to reduce their risk of acquiring HIV—is also effective in preventing HIV acquisition, but is not yet widely available and is currently only recommended as an additional tool for people at higher risk, such as people in sero-discordant relationships, men who have sex with men and female sex workers, in particular in circumstances in which consistent condom use is difficult to achieve.[xxxi]Voluntary medical male circumcision (VMMC) can reduce the risk of HIV acquisition by 60% among men, but because protection is only partial, should be supplemented with condom use. [xxxii]

Hence, condom use remains complementary to all other HIV prevention methods, including ART and PrEP, in particular when other STIs and unintended pregnancy are of concern. The roll-out of large-scale HIV testing and treatment, VMMC and STI control programmes, and efforts to increase access to affordable contraception all offer opportunities for integrating condom promotion and distribution.

Quality-assured condoms must be readily available universally, either free or at low cost.

To ensure safety, efficacy and effective use, condoms must be manufactured according to the international standards, specifications and quality assurance procedures established by WHO, UNFPA and the International Organization for Standardization[xxxiii] [xxxiv] and made available either free or at affordable cost. Condom use in resource-limited settings is more likely when people can access them at no cost or at subsidized prices.[xxxv] [xxxvi]

Despite generally increasing trends in condom use over the past two decades, substantial variations and gaps remain. Reported condom use at last sex with non-regular partners ranges from 80% use by men in Namibia and Cambodia to less than 40% usage by men and women in other countries, including some highly affected by HIV. Similarly, among young people aged 15 to 24 years, condom use at last sex varies from more than 80% in some Latin American and European countries to less than 30% in some West African countries.[xxxviii] This degree of variation highlights the need for countries to set ambitious national and subnational targets and that in many settings there are important opportunities for strengthening demand and supply of condoms.

Programmes promoting condoms must address stigma and gender-based and socio-cultural factors that hinder effective access and use of condoms.

Effective condom promotion should be tailored for people at increased risk of HIV and other STIs and/or unintended pregnancy, including young people, sex workers and their clients, injecting drug users and men who have sex with men. Many young women and girls, especially those in long-term relationships and sex workers, do not have the power and agency to negotiate the use of condoms, as men are often resistant to using condoms. Within relationships, the use of condoms may be taken to signal a lack of trust or intimacy.

However, few programmes adequately address the barriers that hinder access and use of condoms by young people,[xxxix] key populations[xl] and men and women in relationships. In some contexts, sex workers are forced to have unprotected sex by their clients.[xli] [xlii] and carrying condoms is criminalized and used as evidence by police to harass or to prove involvement in sex work[xliii] [xliv]These practices undermine HIV prevention efforts and governments should take actions to end these human rights violations.[xlv] Condom programmes should ensure that condoms and lubricants are widely available and that young people and key populations have the knowledge, skills and empowerment to use them correctly and consistently.[xlvi] Condoms should also be made available in prisons and closed settings,[xlvii] [xlviii] and in humanitarian crises situations.[xlix]

Adequate investment in and further scale up of condom promotion is required to sustain responses to HIV, other STIs, and unintended pregnancy.

Despite the low cost of condoms, international funding for condom procurement in sub-Saharan Africa has stagnated in recent years.[l] Collective actions at all levels are needed to support the efforts of countries that depend on external assistance for condom procurement, promotion, and distribution and to increase domestic funding and private sector investment in condom distribution and promotion.[li]

Although condoms are part of most national HIV, STI and reproductive health programmes, condoms have not been consistently distributed nor promoted proactively enough.[lii] National condom distribution and sales can be strengthened by applying a total market approach that combines public sector distribution, social marketing and private sector sales.[liii] [liv] Administrative barriers that prevent programmes and organizations from providing sufficient quantities of condoms for distribution need to be removed. In high-HIV prevalence locations condom promotion and distribution should become systematically integrated in community outreach and service delivery, and in broader health service provision.

[iii] UNFPA/Guttmacher Institute. 2012. Adding It Up: Costs and Benefits of Contraceptive Services.

[ix] Smith DK et al. Condom effectiveness for HIV prevention by consistency of use among men who have sex with men in the United States. J Acquir Immune Defic Syndr. 2015 Mar 1;68(3):337-44.

[xvii] Smith D et al. Condom efficacy by consistency of use among MSM: US. 20th Conference on Retroviruses and Opportunistic Infections, Atlanta, abstract 32, 2013.

[xxiv] In line with standard assumptions, 120 condoms are required for 1 couple year of protection. Projected condom sales for 2015 cited based on: Global Industry Analysts. 2014. Global Condoms Market. May 2014.

[xxvii] Liu H et al. Effectiveness of ART and condom use for prevention of sexual HIV transmission in sero-discordant couples: a systematic review and meta-analysis. PLoS One. 2014 4;9(11):e111175.

[xxix] Fakoya A et al. British HIV Association, BASHH and FSRH guidelines for the management of the sexual and reproductive health of people living with HIV infection. HIV Medicine, 2008, 9: 681-720, 2008.

[xxxvii] Use and procurement of additional lubricants for male and female condoms: WHO/UNFPA/FHI360 Advisory note. 2012.

[xxxviii]Source: Data from a database of Demographic and Health Surveys (DHS) available at statcompiler.com (verified January 2015).

[xl] Key populations are defined groups who, due to specific higher-risk behaviours, are at increased risk of HIV irrespective of the epidemic type or local context. Also, they often have legal and social issues related to their behaviours that increase their vulnerability to HIV. These guidelines focus on five key populations: 1) men who have sex with men, 2) people who inject drugs, 3) people in prisons and other closed settings, 4) sex workers and 5) transgender people. In consolidated guidelines on HIV prevention, diagnosis, treatment and care for key populations. World Health Organization 2014.

[xlvi] Vijayakumar G et al. A review of female-condom effectiveness: Patterns of use and impact on protected sex acts and STI incidence. International Journal of STD and AIDS, 2006, 17(10):652-659.

[xlviii] UNODC/ILO/UNDP/WHO/UNAIDS. 2012. Policy brief. HIV prevention, treatment and care in prisons and other closed settings: A comprehensive package of interventions.

[li] Foss AM et al. A systematic review of published evidence on intervention impact on condom use in sub-Saharan Africa and Asia. Sex Transm Infect 2007, 83:510–516.