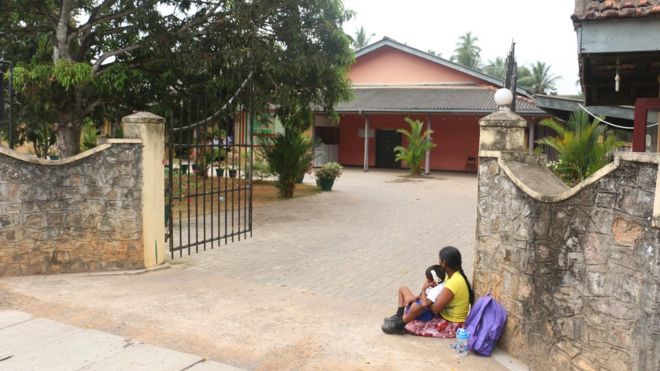 The boy's mother said they had faced discrimination since her husband died. Photo: Getty Images

Parents removed their children from the Kurunegela school last week, despite the six-year-old having a certificate proving he does not have the disease.

His mother said many other schools had rejected him because her husband's death had been wrongly blamed on Aids.

School officials told the BBC's Sinhala service they would try to hold a session to educate parents.

Chandani De Soysa said she had been trying for some time to find a school place, but "they didn't take my child because of this Aids fear".

"I protested and nothing happened, even I found it difficult to get any work."

After her case was reported by BBC Sinhala earlier this month, the educational and human rights authorities became involved, and last week one school was ordered to take in the child. 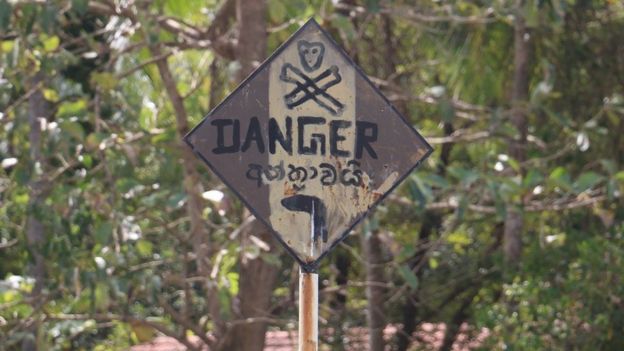 Despite both her and her son holding certificates showing they are not infected, parents immediately began putting pressure on her to remove him, but she refused.

"He went to the class and played with other kids, but then suddenly all the parents came and took their children away," she told the BBC.

His class teacher, who stayed with him at school, said she felt "very sad when the child asked me why all my friends are leaving because of me, and why the police and others are here".

She said even though other children had treated him normally, "I am not sure how the children will react even when they come back". 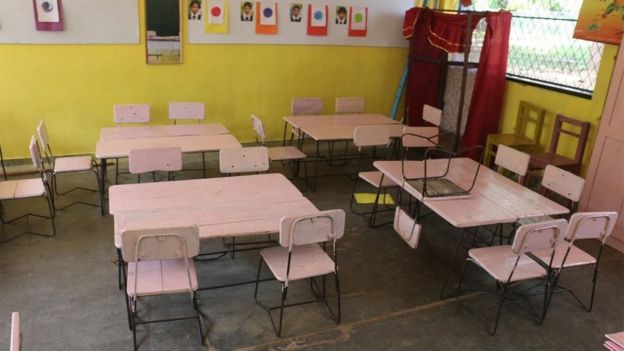 The school has been left deserted. Photo: Getty Images

The regional education director, Saman Wijesekara, said parents of all 186 pupils had formally asked to stop attending the school.

"We are thinking of having an educational session to parents to solve this issue," he said.

The school head has closed the school for two days but BBC Sinhala reporters say angry parents have been standing at the school gate and protesting to officials and teachers who enter.

Meanwhile officials from the Sri Lanka Human Rights Commission have been to the school and have also visited the boy's home. 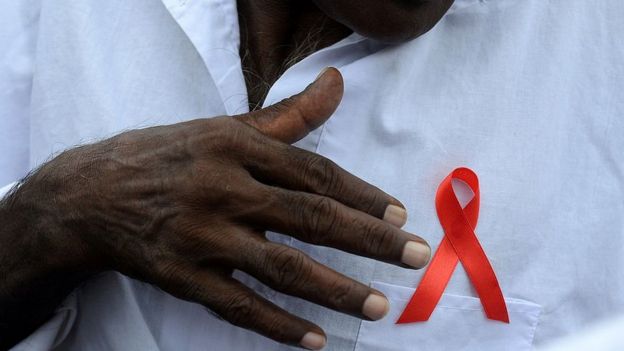 Sri Lanka is considered to have a very low prevalence of HIV, the virus that causes Aids.

But there is also concern about poor awareness of the virus and how it spreads, which leads to stigma and discrimination.