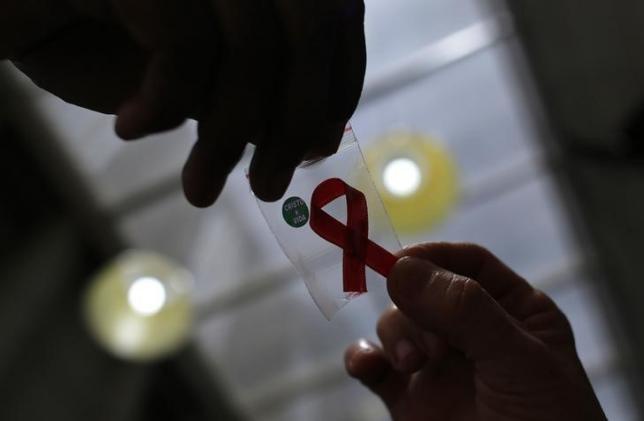 A nurse (L) hands out a red ribbon to a woman, to mark World Aids Day, at the entrance of Emilio Ribas Hospital, in Sao Paulo December 1, 2014. REUTERS/NACHO DOCE/FILES

"When it comes to the area of socio-behavioral interventions, it is an uphill battle, especially in the age group 15-24 year old girls and young women," Health Minister Aaron Motsoaledi told parliament.