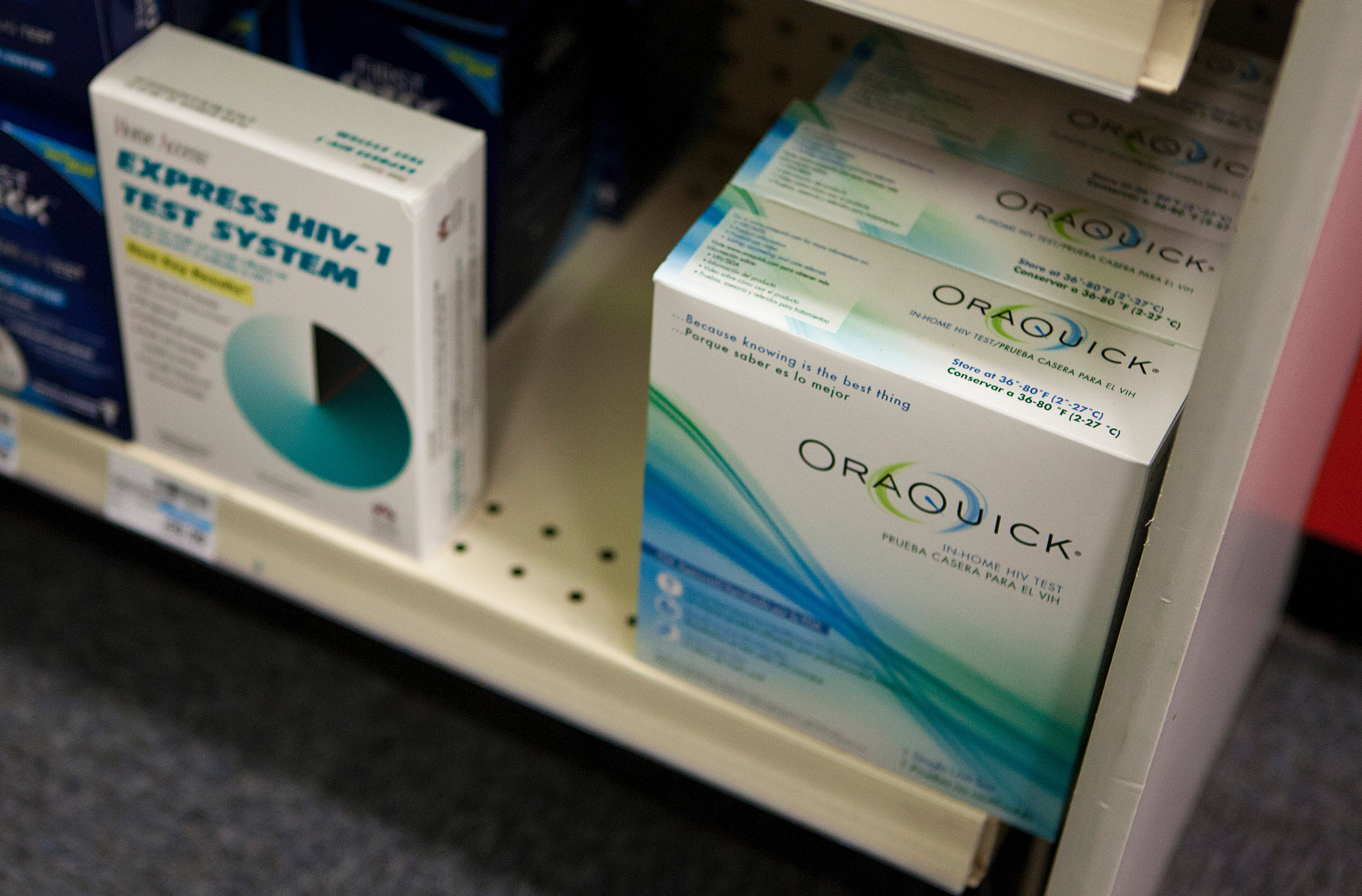 The small study was confined to Los Angeles, and fewer than 400 test kits were distributed, but the idea has broader potential. Grindr is used by at least five million men in 192 countries, according to its developer.

In the United States, young gay black and Hispanic men are the groups most likely to be infected with H.I.V. and the least likely to be tested for it, because they often lack health insurance and fear being rejected by their families.

In some other countries, gay men may be harassed, jailed or even executed.

The study used banner ads on Grindr to offer free test kits. Recipients received a kit in the mail, a voucher that could be redeemed for a kit at a pharmacy, or a code that would produce a kit from a vending machine in the parking lot of the Los Angeles Gay and Lesbian Center.

The test requires no blood; a swab of the gums produces results in 20 minutes.

Of the 56 black and Hispanic men who requested kits and were willing to answer survey questions, 69 percent had not been tested in the last six months; medical experts recommend that gay men who do not always usecondoms get tested every three months.

Two men learned from the kits that they were infected.

Researchers at the medical schools of Indiana University and the University of California, Los Angeles, chose Grindr rather than other gay dating apps like Scruff and Jack’d “because it was the oldest and biggest,” said Dr. Jeffrey D. Klausner, an H.I.V. specialist at U.C.L.A.’s David Geffen School of Medicine and one of the authors of the paper published in Sexual Health.

The idea of using the app to encourage home testing is “ripe for expansion” to other cities, and possibly to other countries, Dr. Klausner said.