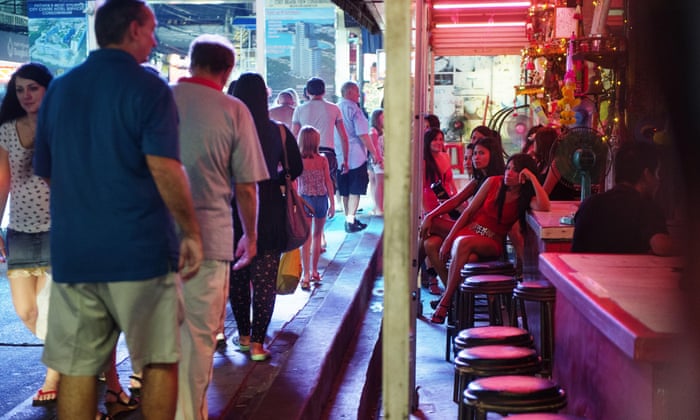 One in 10 men and one in 20 women reported having sex with a new partner while abroad. Photograph: Jonas Gratzer/LightRocket via Getty Images

Britons going abroad should get safe sex advice beforehand as so many are meeting new partners overseas that they risk spreading infection once they return, experts are urging.

Two new studies show that “substantial numbers of British adults” – from the age of 16 up to 74 – are having sexual encounters while travelling abroad.

Experts are concerned some of the sexual contacts are risky because of higher rates of sexually transmitted infections in some countries, the presence of alcohol or drugs and lack of condom use.

The authors of one of the studies, led by Dr Clare Tanton of University College London, say that the trend is so worrying that “advice on sexual health should be included as part of holistic health advice for all travellers, regardless of age, destination or reason for travel”. But their suggestion has divided medical opinion.

“You wouldn’t go away not taking your suntan lotion for sun protection, we need to get to the point where people take condoms away with them and use them for sexual protection if they have a new partner overseas,” said Dr Elizabeth Carlin, the president of the British Association for Sexual Health and HIV.

She was responding to one of the studies, which found that a third of travellers who said they had packed condoms admitted not always using them.

Tanton’s paper, published in online journal Sexually Transmitted Infections, examined data from more than 15,000 people aged from 16 to 74 who responded to the British National Survey of Sexual Attitudes and Lifestyles in 2010-12. Of those, 12,530 had had at least one sexual partner in the previous five years. It found that of those, one in 10 men and one in 20 women reported having sex with a new partner while abroad. Among this group, nearly three-quarters of men and more than half of women reported having sex with at least one new partner from outside the UK while overseas.

Among those aged over 35, one in 20 men and one in 40 women had new sexual partners abroad. But, Dr Tanton said, the figures are set to rise “as older people maintain good health, have financial means to travel, and are now more likely to experience partnership breakdown”.

Responses to the survey indicated sex with a new partner while abroad was strongly associated with a higher number of partners, illicit drug use and alcohol.

One in four (26%) men who had sex with non-UK partners said they had paid for it within the past five years, with 37% of men over 35 reporting they had done so, compared with 19% of under-35s.

In a separate study, published in the same journal, experts from Birmingham University analysed the responses of more than 2,000 English-speaking backpackers travelling to two Thai islands, Koh Pha Ngan and Ko Tao, in 2013. Thailand is one of the most popular destinations for UK backpackers and attracts more than 800,000 Britons each year.

The study found more than one-third of single travellers said they were sexually active with a new partner and, of these, nearly 37% reported no or inconsistent condom use, with British and Swedish travellers most likely to report this.

Dr Michael Brady, the medical director of the Terrence Higgins Trust HIV and Aids charity, said: “There is benefit in ensuring sexual health advice is part of the general pre-travel advice, and this already happens in many travel clinics and online resources. But we need to get better at educating in general about good sexual health. Holidays can certainly for some be a time of new or casual sexual partners and this may be associated with greater risks of STIs and HIV.”

But the Royal College of General Practitioners’ honorary treasurer, Dr Helen Stokes-Lampard, said: “Proactively discussing sexual health with every patient before they go on holiday is not the best use of scarce resources in general practice and risks causing embarrassment to many patients.” Patients should visit a sexual health clinic before travelling rather than their family doctor, she added.

20 May, 2016 23:24
Condoms By Drone: A New Way To Get Birth Control To Remote Areas
20 May, 2016 23:09
Rio 2016 Olympics: Australian athletes to be given anti-Zika virus condoms as 'a common sense approach'
11 August, 2015 00:51
AIDS Healthcare Foundation donates 3 million condoms to Jamaica
7 July, 2015 19:40
UNFPA, WHO and UNAIDS: Position statement on condoms and the prevention of HIV, other sexually transmitted infections and unintended pregnancy
25 November, 2015 23:40
Condom challenge: teens invent a new way to potentially maim themselves online