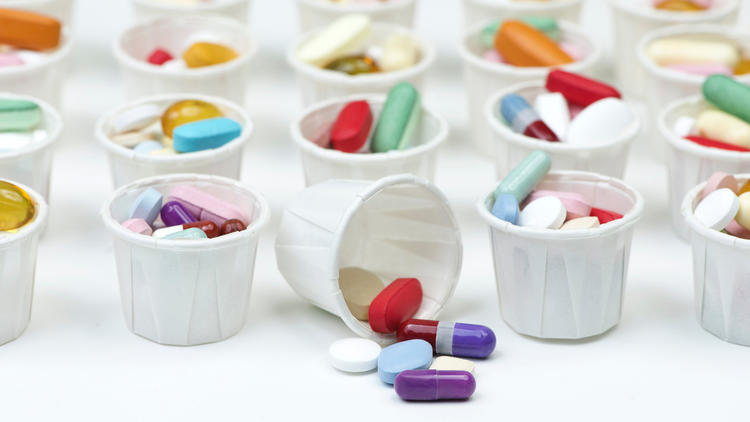 Antibody therapy can help to stave off the rebound of HIV in chronically infected patients taken off their anti-retroviral drugs, a new study found. Kaiser Health News

A human antibody that already has shown promise in protecting people against HIV infection has demonstrated the ability to suppress the resurgence of the infection for as long as 19 weeks in infected people who stopped taking their anti-retroviral medications.

In a letter published in the journal Nature, scientists report that in 13 HIV-infected people who discontinued their cocktail of retroviral drugs, infusions of a neutralizing antibody called 3BNC117 staved off the expected rebound of the human immunodeficiency virus for more than a month.

Typically, when an HIV-infected patient stops taking his or her anti-retroviral medications, the virus bounces back to dangerous levels within 18 days. But in findings reported Wednesday, scientists wrote that all of the 13 participants saw their viral loads suppressed to very low levels for at least five weeks after their last treatment — delaying resurgence of the virus twice as long as normal.

Six of the 13 participants saw their viral loads suppressed to very low levels for at least nine weeks after their last treatment — three times the normal span.

The new finding emerged from a clinical trial designed to assess the safety of an experimental therapy that aims to harness the immune system to battle HIV infection. Trial participants who discontinued their anti-retroviral medications were monitored closely and returned to their drug regimen as soon as the rebound of the virus was detected.

None of the patients experienced acute retroviral syndrome — a powerful resurgence of the virus that makes it harder to regain control of HIV following a medication lapse. And genetic sequencing of eight participants’ rebounding viruses suggested that the antibody infusions had not, in most cases, flushed different or more-resistant strains of HIV from their hiding places.

In fact, the authors of the new report said, the antibody therapy “appears to restrict the outgrowth of viral genotypes from the latent reservoir.”

The experimental therapy is part of a broad effort to find new ways to control HIV infection, and possibly to drive it out altogether.

Anti-retroviral drugs are inexpensive and highly effective, in combinations, at suppressing HIV’s replication. But some of the virus always eludes those drugs, hiding in cellular “reservoirs” in an infected person. Given the opportunity afforded by a lapse in anti-retroviral medication, those cells will swing into a robust production of the virus they have harbored. And with that, a patient’s infection will reemerge, sometimes stronger and more resistant to anti-retroviral drugs than before it was brought under control.

Using antibodies against HIV could be part of a “kick and kill” strategy, said study co-author Dr. Michel Nussenzweig — to kick the virus out of its hiding places and kill it. Nussenzweig, a physician and investigator at Rockefeller University’s Howard Hughes Medical Institute, says the first step is to flush the virus out of its cellular hiding places — a natural response to discontinuing anti-retroviral therapy. An antibody, or a combination of antibodies, then could move in for the kill, tagging cells that have been commandeered to make HIV and targeting them for destruction by the immune system.

Immunotherapeutic approaches have been highly effective in targeting certain cancers and are being aggressively pursued as way to manage HIV infection, to protect uninfected people from infection and to one day, perhaps, cure HIV. In fact, the 3BNC117 monoclonal antibody that is the subject of Wednesday’s Nature Letter is one of three HIV antibody therapies likely to show promising results in suppressing the virus’ rebound this year alone.

Dr. Anthony Fauci, director of the National Institute of Allergy and Infectious and Diseases, called the effort reported in Nature “an excellent study” in “a very hot field.”

Fauci said the motivating idea of such efforts is to explore whether HIV-infected patients could be given a more convenient alternative to an intensive regimen of pills. After their infection has been suppressed with anti-retroviral drugs, patients might receive intermittent infusions of one or more antibodies that would suppress the resurgence and replication of the virus. A cocktail of such antibodies not only might be more convenient and effective than anti-retroviral drugs at tamping down HIV infection, it might offer a safer treatment for patients who develop dangerous side effects to anti-retrovirals.

The therapy tested in this safety trial uses a cloned antibody found to neutralize more than 80% of HIV strains. The antibody originally was harvested from an “elite controller” — an HIV-infected patient whose immune system suppressed the virus’ replication to extremely low levels without anti-retroviral drugs. Nussenzweig said that the antibody’s origin — naturally occurring in an HIV-infected human — bodes well for its safety and noted that in the current trial, participants getting as many as four infusions over eight weeks had no significant adverse reactions.

For a month, all in the group that got two infusions maintained viral loads that were vanishingly low. Between weeks five and nine after their last infusion, all of those participants’ viral loads rebounded.

In the second group, viral loads rebounded between three and 19 weeks after their fourth infusion. Four of the seven, however, saw their viral loads remain suppressed for at least 10 weeks.

Could such a therapy be a cure for HIV?

“That’s a very high bar,” Nussenzweig said. Driving HIV out entirely would take not only cocktails that include many antibodies, he noted; it would require some further engineering of antibodies to prime and direct the immune system’s destruction of HIV reservoirs.

If antibodies are to be used to confer long-lasting “passive immunity” from infection, or to suppress HIV-infection rebounds for long periods, Nussenzweig added, they will have to be engineered to last longer inside the human body. His team already has found several mutations that could extend the life of the antibodies, and hope to pursue further studies on their safety and effectiveness, he said.

“In my dreams, it’s like a flu shot. You give it once a year,” said Nussenzweig, who conducted this work with funding from the Bill and Melinda Gates Foundation. But if it is to protect young women in Africa — a population highly vulnerable to HIV infection — an antibody-based shot needs to last at least three months, he said. That way, it could be given alongside long-lasting birth control shots, which have gained wide acceptance among young women there.