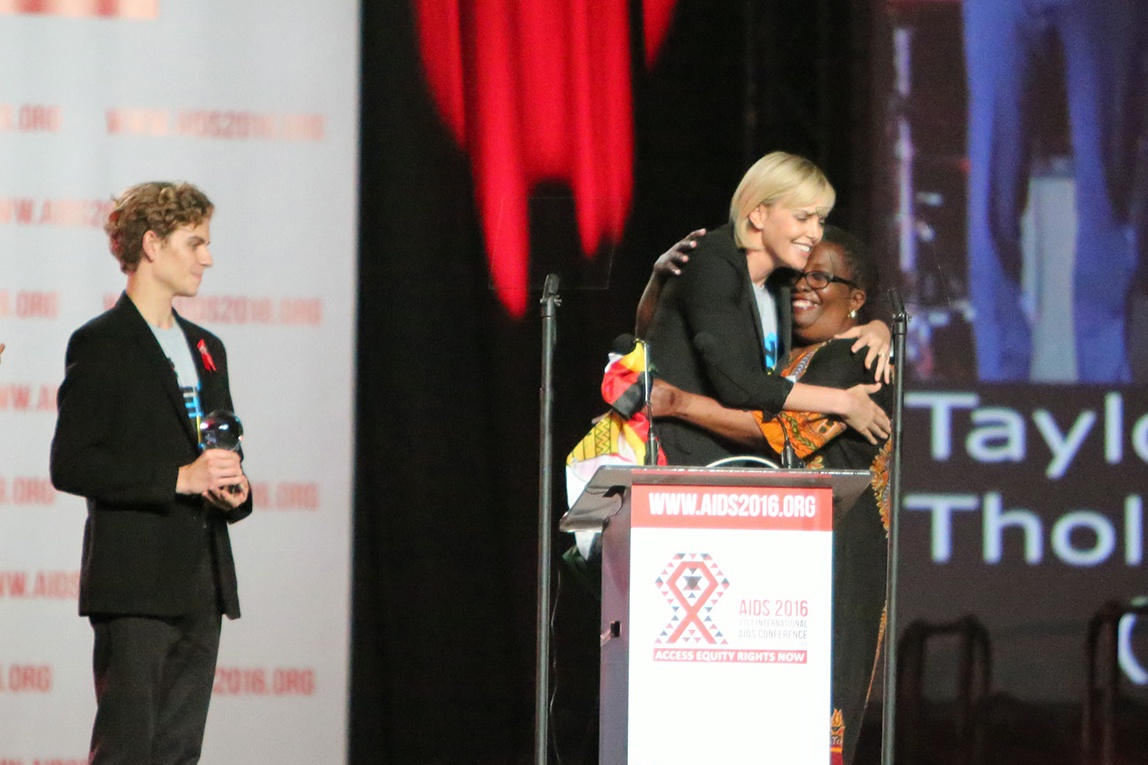 Human rights are personal to Martha Tholanah, an outspoken champion of equal rights for lesbian, gay, bisexual, and transgender people and for all people living with HIV. Following her early life experiences of violence at the hands of soldiers fighting the Zimbabwe War of Liberation, Martha Tholanah has become one of the most recognizable, effective, and influential advocates for human rights in her native Zimbabwe, and all of southern Africa.

Trained as a family therapy counselor, Martha Tholanah has established and led health-related programmes for communities that have often been left behind, or scorned by, traditional health services. A leading advocate for the informed involvement of people affected by HIV in ethical, patient-focused research and outreach, Tholanah is credited with ensuring that Zimbabwe’s National AIDS Council now includes LGBT people in their programming.  She has also established or led health related programs for organizations such as the Network of Zimbabwean Positive Women (NZPW+), Gays and Lesbians of Zimbabwe (GALZ), the International Community of Women Living with HIV Southern Africa, the Women and AIDS Support Network (WASN), Women’s Action Group (WAG), and many others.

Martha Tholanah’s work on behalf of women, people living with HIV, and lesbian, gay, bisexual and transgender people has not been easy, nor has it come without personal cost. For her efforts to protect human rights, and prevent injustices such as forced sterilization, Tholanah has and continues to face incarceration and legal sanctions in Zimbabwe. But she has also inspired others to take up the fight, and in doing so she continues to leave her mark not only on Zimbabwe, but also on the entire world.

For all of these achievements, as well as for the promise of the work still before her, Martha Tholanah will receive the Elizabeth Taylor Award from South African actress and Oscar-winner Charlize Theron.  Theron, who is also a committed human rights activist and HIV advocate, will make the presentation at the AIDS 2016 Opening Session, Monday, 18 July at 19.30 in Session Room 1 of the Durban International Convention Center (ICC). She will be joined at the presentation by three grandchildren and one great-grandchild of Taylor, the late actress, amfAR founder, and champion of the rights and dignity of all people living with and affected by HIV.

“Elizabeth Taylor was a bold example of what one person can achieve when they are willing to speak up for the rights of others,” Theron said. “Today, Elizabeth’s grandchildren are carrying on her work in the global movement to end HIV through the #GenEndIt campaign. Anyone who is familiar with Elizabeth’s work as a tireless and daring advocate, fundraiser, and human rights champion knows why this honor was named for her, and why Martha Tholanah is so worthy of this recognition.”

In returning to Durban, South Africa, the city that hosted the International AIDS Conference in 2000, AIDS 2016 highlights both the enormous advances made against HIV made in recent years, and the challenges that remain in ensuring that all people are safe from HIV. The central importance of human rights in reducing and eliminating this epidemic, which will be emphasized through the conference, make this evening’s recognition of Martha Tholanah, and her efforts to eliminate stigma and ensure equal access to care, a particularly important moment in AIDS 2016 and in the global response to HIV.

This award is from the International AIDS Society, amFAR and The Elizabeth Taylor AIDS Foundation.

About the International AIDS Conference

The International AIDS Conference is the largest conference on any global health or development issue. First convened during the peak of the AIDS epidemic in 1985, this conference continues to provide a unique forum for the intersection of science and advocacy, and an opportunity to strengthen policies and programmes to ensure an evidence-based response to the epidemic. The conference also serves as a focal point to intensify political and financial commitments to AIDS. The 21st International AIDS Conference (AIDS 2016) is being held in Durban, South Africa (18-22 July 2016).

About the International AIDS Society

Founded in 1988, the International AIDS Society (IAS) is the world’s largest association of HIV professionals, with members from more than 180 countries. IAS members work on all fronts of the global response to AIDS and include researchers, clinicians, policy and programme planners, and public health and community practitioners.

Get the latest conference updates and share your thoughts and ideas through the AIDS 2016 social media channels.

Tweet along with us – @AIDS_conference and @iasociety – using #AIDS2016 to keep the conversation going.

Check us out on Instagram to see photos as they are happening.