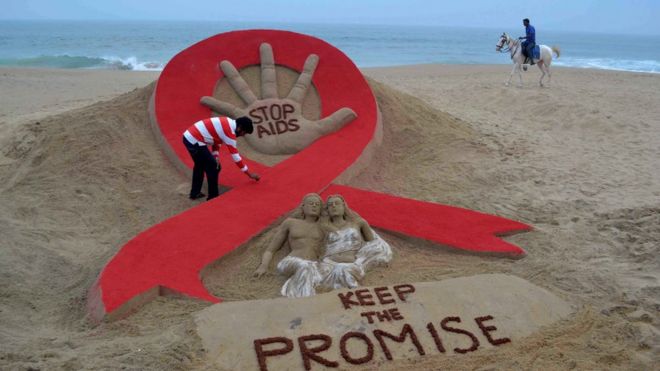 The information was revealed by the country's National Aids Control Organisation (Naco) in response to a petition filed by information activist Chetan Kothari.

Mr Khothari told the BBC that he was "shocked" by the revelation.

India has around 2.09 million people living with HIV/Aids.

The highest number of patients who had been infected with HIV as a result of contaminated blood in hospitals, were from the northern state of Uttar Pradesh with 361 cases, Mr Kothari's RTI (Right to Information) query revealed.

The western states of Gujarat with 292 cases and Maharashtra with 276 cases rank second and third respectively.

The Indian capital Delhi is at number four with 264 cases.

"This is the official data, provided by the government-run Naco. I believe the real numbers would be double or triple that," Mr Kothari told the BBC.

Under law, it is mandatory for hospitals to screen donors and the donated blood for HIV, hepatitis B and C, malaria and other infections.

"This is a very serious matter and must be addressed urgently," he added.