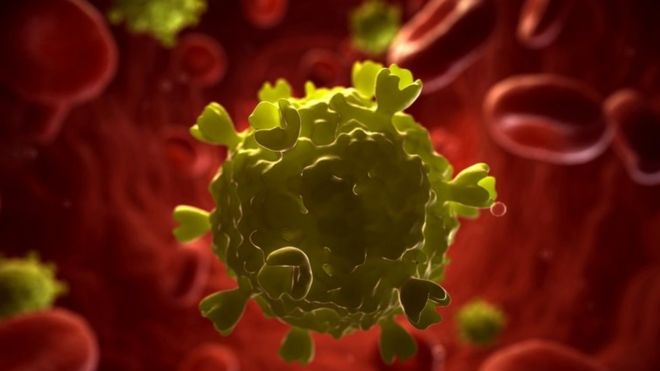 HIV was resistant to the drug Tenofovir in 60% of selected cases in some African countries, according to the study, which covered a 17-year period.

The research, led by University College London, looked at 1,920 HIV patients worldwide who had treatment failure.

The work, which took four years to complete, was started in 2012 and compared certain patients with HIV in Africa with those in Europe from 1998 to 2015.

Splitting the sample size roughly into two groups the study found that in Africa 60% of patients were resistant to Tenofovir, whereas in Europe the figure was only 20%.

The paper, which has been published in The Lancet Infectious Diseases journal, said poor administration of the drug, in terms of regularly taking the right levels of Tenofovir could be explanation for the discrepancy.

"If the right levels of the drug are not taken, as in they are too low or not regularly maintained, the virus can overcome the drug and become resistant," Dr Gupta told the BBC News website.

"Tenofovir is a critical part of our armamentarium against HIV, so it is extremely concerning to see such a high level of resistance to this drug," he added.

The paper also suggested that Tenofovir-resistant strains of HIV could be passed on from person to person.

"We certainly cannot dismiss the possibility that resistant strains can spread between people and should not be complacent. We are now conducting further studies to get a more detailed picture of how Tenofovir-resistant viruses develop and spread," Dr Gupta said.

HIV is the world's most deadly infectious disease, according to the World Health Organization (WHO).

Dr Gupta said a global effort and an cash investment would be needed to provide better facilities and monitoring in poorer African countries and that it was in everyone's interests to make this happen.