If you’re a white American woman, your risk of being diagnosed with HIV is pretty small, lower than the odds of dying in a car crash. If you’re a gay black man, the chances of getting an HIV diagnosis are closer to a coin flip.

The latest report is a staggering reminder that gay men of color bear the brunt of the HIV crisis. That fact has been evident for years in the data on HIV, but it has often gone unmentioned as public health campaigns focus on broad-based prevention strategies.

“You see this community that is at far higher risk for HIV infection, but there almost seems to be a concerted effort not to talk about it,” said Greg Millett, vice president and director of Public Policy at AmfAR, the Foundation for AIDS Research. Millett, who wasn’t involved in the research, worked at the CDC until 2014 and helped craft President Obama’s National HIV/AIDS Strategy.

Here’s a look at the lifetime risk of getting HIV for different demographic groups, according to CDC data being presented at the Conference on Retroviruses and Opportunistic Infections in Boston. 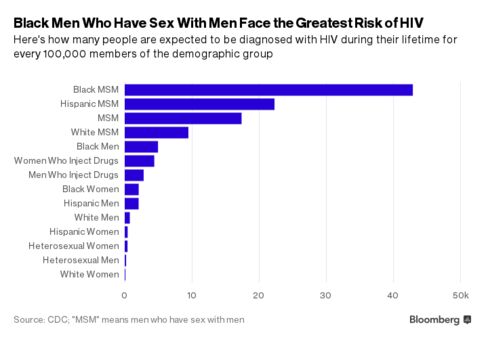 What’s behind the disparities? It’s not that gay black men are more likely to engage in risky sex, according to an analysis Millett published in the Lancet in 2012. Rather, he cites such structural barriers as access to health insurance that have made it harder for blacks to get HIV testing and treatment that can control the virus and reduce the risk of infecting a partner.

The risk projections "are not a foregone conclusion," Jonathan Mermin, director of CDC’s National Center for HIV/AIDS, Viral Hepatitis, STD, and Tuberculosis Prevention, said in a press release. "They are a call to action."

There are big geographical disparities as well. In Washington, the lifetime risk of being diagnosed with HIV is 7 percent, the highest in the nation. That’s for all residents, not just gay black men. The lifetime risk is also high throughout the South and in New York and New Jersey. 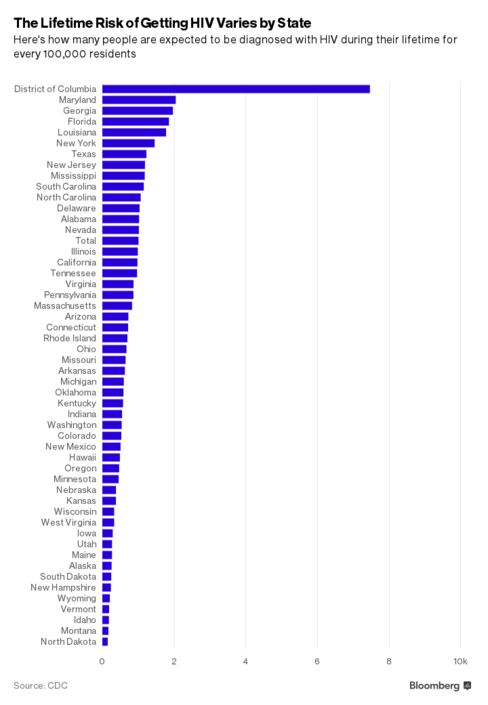 The CDC recently published data showing that the rate of new infections among gay black men have leveled off since 2010. That’s a hopeful sign, Millett said, but bringing down HIV rates in the most affected communities will take decades. “The government, the black community, the white gay community, journalists—as well as the medical community—were asleep at the wheel for quite some time,” he said.