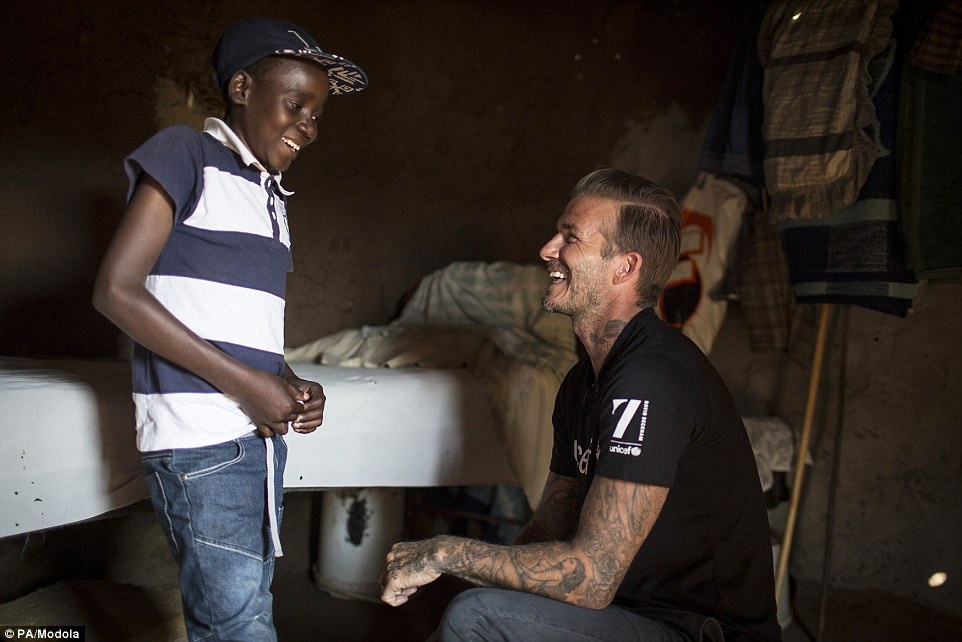 Wearing a black t-shirt with a white 'Unicef' logo on the front, he took time to talk to villagers and pictures also show him meeting a mother with her young baby.

He said: 'Many of the children I met, some of whom were the same age as my own children, had lost one or both parents to Aids and are themselves now living with HIV.

'As a father of four, it was hard to hear their stories about the daily challenges they face, which are now being made so much worse by this devastating drought.'

To mark 10 years as an ambassador for the charity, the former footballer last year founded a special project titled 7: The David Beckham Unicef Fund.

The England legend said: 'Last year I launched my own Fund with Unicef because I wanted to help build a safer world for children.

'I feel very proud to be in Swaziland to see how the money raised through the 7 Fund is helping to keep vulnerable children affected by HIV and AIDS healthy and safe.'

During his visit to Swaziland, which has the highest rate of HIV infection in the world, Beckham met mothers and children living with the disease in the poorest parts of the Lubombo and Shiselweni regions.

He said: 'Children who are already incredibly vulnerable because of HIV are now at risk from a new crisis that could have a devastating impact on their lives.

'Across eastern and southern Africa, millions of children are at risk from hunger, water shortages and disease.

'I am speaking out for these children to make sure they are not forgotten at a time when they so desperately need our help.'

Unicef estimates that climatic shocks in the past two years, which ruined harvests and depleted water sources, are affecting 26 million children.

'This drought - the worst in 35 years - is increasing vulnerabilities for children across the region, putting millions of lives and livelihoods in jeopardy,' said Leila Gharagozloo-Pakkala, Unicef regional director for eastern and southern Africa.

'Nowhere is this more apparent than in HIV-affected communities across southern Africa, the global epicentre of the Aids pandemic.

The Great Britain vs Rest of the World 'Match for Children' was Beckham's brainchild to mark his 10th anniversary of being an ambassador for the international childrens' charity.

Before the match, he spoke movingly about his work for Unicef, helping to provide children across the world with fresh water, food and education, things people in England take for granted. 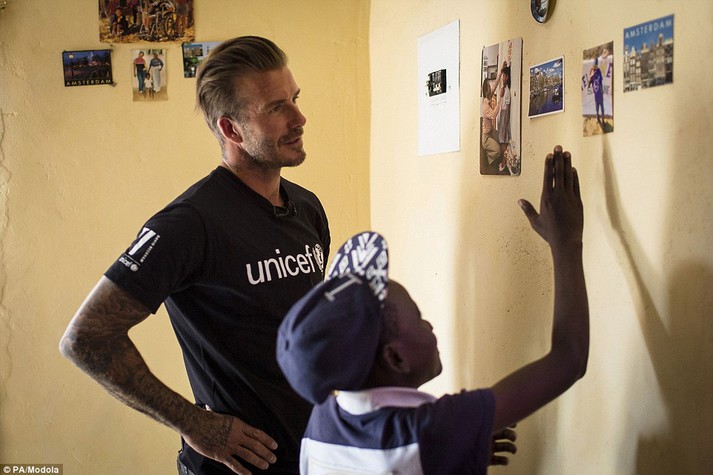 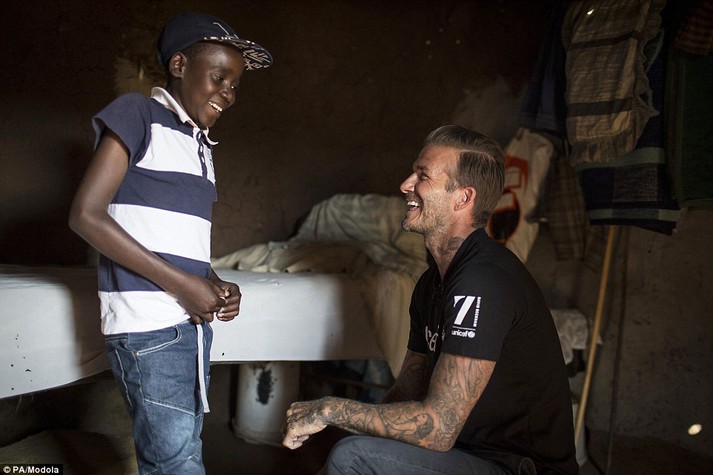 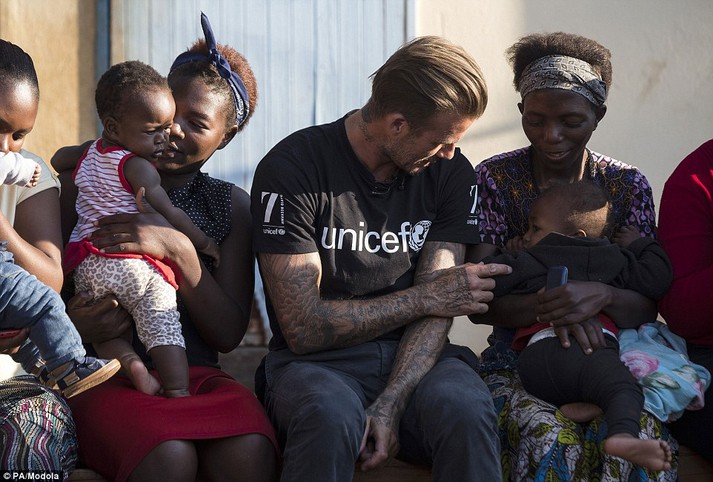 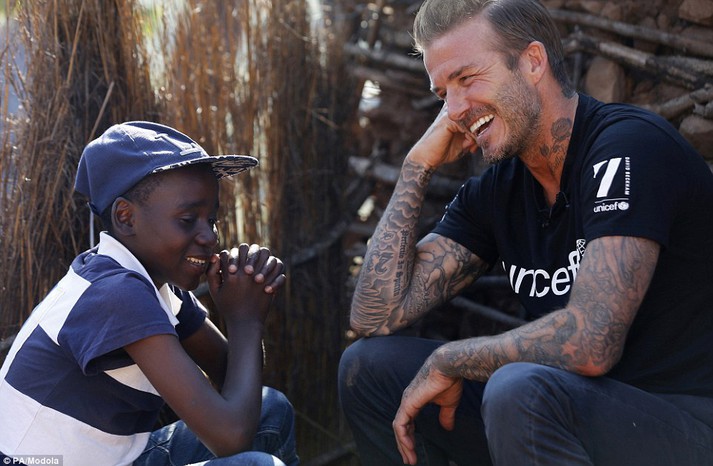