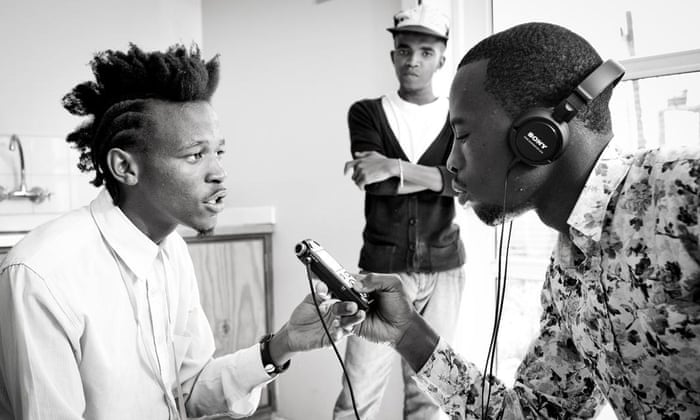 A few weeks ago, a young woman phoned in to the Unako show on Radio Zibonele, based in Khayelitsha, during a heated talk show on HIV treatment. Khayelitsha is one of the communities hardest-hit by HIV in the Cape Town area. The anonymous caller shared her story of a night out several weeks prior. When she left her house, she made sure to tuck her antiretroviral medicine into her bra, ready to take later that evening. Her voice became shaky as she spoke of waking up in shock the next morning, realising that she had forgotten to take her meds during a night of drinking and dancing.

She stayed in bed for three days, waiting to die and pondering who would take care of her young daughter. She told listeners that she was convinced missing one pill would lead to sudden death. She did not reach out to her family, who were not privy to her HIV status, or the nurses at her local health clinic, who she thought would scold her for messing up.

After a week of agonising, she returned to the clinic to share her fears with staff. They made minor adjustments to her treatment plan and assured her that everything was going to be fine. Her call to the radio station was intended to ensure that others would not have to endure what she went through. She told listeners not to be afraid to consult health professionals. Her story opened the floodgates for other young HIV-affected callers, who shared their own experiences of feeling alone, of struggling and of being under-informed – reminding us that the narrative of living openly and positively does not hold true for everyone.

The radio show Unako (“You Can”) was started in 2013 to create a safe place for young people in Khayelitsha to openly discuss HIV, sex and relationships, and to explore the layers, contradictions and uncertainty associated with being young. As one of the Children’s Radio Foundation’s 74 youth radio projects in six African countries, young people living with and affected by HIV are trained as community radio reporters and broadcasters.

Young people living in urban areas and townships across South Africa have been flooded with messages about HIV on billboards and TV and in magazines. But when the show started, reporters found that many people living with HIV in Khayelitsha couldn’t relate to those messages, as they usually portrayed “perfect people living perfect lives”. The reporters wondered about the people living with HIV who struggled on a daily basis and who didn’t have the support of friends and families? They set out to use their radio programme to tell the stories of those who felt alone in their journey, and whose experiences were rarely heard.

These are difficult stories to tell and to hear, but the medium of radio seems to make these conversations easier to have. The vast majority of callers choose to be anonymous, and go the extra mile to protect their confidentiality. That layer of protection lets them speak freely, in ways they themselves are often surprised by. Radio allows for heated discussions with other anonymous listeners, and for those who have not disclosed their HIV status to air the intimate details about their lives.

A mother seeks advice on how to tell her 10-year-old son that he has been positive since birth, and to explain to him why he takes daily medication. A teenage lesbian says she feels shunned by the LGBTI community for being HIV positive, and seeks other lesbians in Khayelitsha to speak to. A father tells how he kicked his son out of the house after he told him he’d contracted HIV. A grandmother, who is a regular caller to the show, doles out support and love at every twist and turn, telling callers that they are not alone. There are regular unresolved debates on religion, skepticism about antiretroviral therapy and the use of traditional medicines, and updates on complicated family dynamics.

In many ways, radio allows callers to have surrogate conversations with strangers that might otherwise be held in their homes. It lets them work through their thoughts and get feedback from multiple perspectives, without any immediate repercussions. Some callers have said that speaking on radio was almost a trial run to give them the clarity and confidence to have often difficult conversations with parents, children, friends or co-workers.

The programme’s young radio hosts do their best to make sure multiple perspectives are represented in the show, that listeners are as well-informed as possible around the topic, and aware of services and resources available nearby. For example, the hosts often direct their audience to a certain nurse at Nolungile Clinic, as “she is open-minded to the LGBTI community and won’t make you feel bad”.

Listeners to the show come to understand how to navigate living with HIV in their community, as narrated through the stories and experiences of others. Hopefully that helps them feel less isolated, more informed, and able to come up with realistic strategies for moving forward.

Mike Rahfaldt is executive director of the Children’s Radio Foundation. Reporters from Ivory Coast, the Democratic Republic of the Congo, South Africa, Tanzania, and Zambia will be hosting a live interactive youth radio station from the International Aids Conference in Durban.