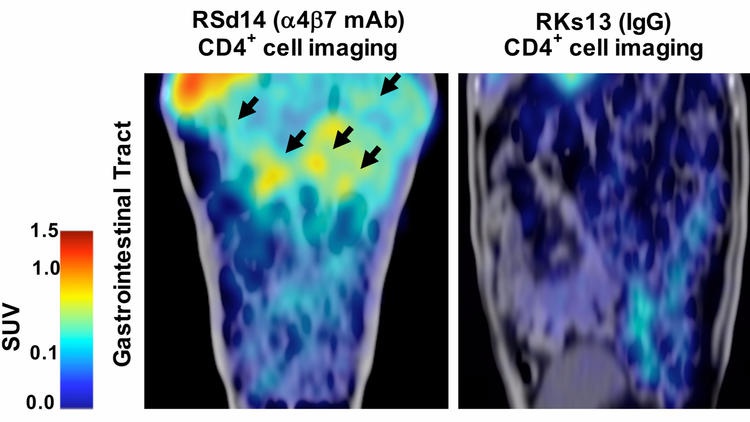 A clinical trial in rhesus macaques found that by augmenting the standard HIV treatment with an antibody developed in the lab, the animals were able to enter a state of sustained remission, according to a report in Friday’s edition of the journal Science.

All eight monkeys that tested the regimen were able to keep the virus at low or undetectable levels for at least nine months after the treatment ended. Some have been in sustained remission for nearly two years.

It’s a feat researchers have been attempting for years. The antiretroviral drugs used to suppress HIV are effective, but their long-term use can lead to side effects such as cardiovascular disease, high cholesterol, insulin resistance and damage to bones and kidneys.

The study results may lead to an improved quality of life for the 37 million people around the world who need antiretroviral drugs every day, said Aftab Ansari, an HIV researcher at the Emory University School of Medicine in Atlanta and senior author of the study.

"This finding could become a blueprint for an alternative therapy for HIV, which could make it so someone would not need to continuously take antiretroviral drugs," Ansari said in a statement. "It could also help us craft more effective vaccines.”

Soon after an individual is infected with HIV, the virus takes up residence in the gut and replicates wildly. Its victims include a group of immune cells, called CD4+ T-cells, that reside there.

So the researchers created an antibody they hoped would prevent CD4+ T-cells from entering the gastrointestinal tract in the first place, allowing them to stay out of trouble.

The antibody they came up with works against a protein called alpha-4 beta-7 integrin, which helps T cells enter the gut. A human version of this antibody is active in the drugvedolizumab, a medication for Crohn’s disease and ulcerative colitis.

Members of the research team infected 18 rhesus macaques with SIV, the monkey version of HIV. Five weeks later, all of the animals started a 90-day course of antiretroviral therapy, which “fully suppressed” the virus, according to the study.

Halfway through the trial, 11 of the monkeys got the first of eight infusions of the experimental antibody. The other seven monkeys got a placebo antibody. All of the treatments ended after 32 weeks.

Three of the 11 monkeys treated with the experimental antibody were removed from the study because their immune systems tried to fight the treatment.

Of the remaining eight, six monkeys’ viral loads rebounded once they stopped taking the antiretroviral drugs. But that setback was only temporary: Within four weeks, all six were able to get the virus back under control.

The other two monkeys that tested the antibody never experienced a resurgence in their SIV levels.

Meanwhile, all seven monkeys that got the placebo saw their viral loads rise — and stay that way — at the end of their antiretroviral drug treatment.

The antibody “allowed animals to control the infection” on their own, said Dr. Barton F. Haynes, a Duke University immunologist who is exploring HIV vaccines and treatments but was not involved in the Science study. “That’s what was tantalizing and surprising.”

Dr. Anthony Fauci, director of the National Institute for Allergy and Infectious Diseases and a coauthor of the study, said in a statement that the antibody “appears to have given the immune systems of the monkeys the necessary boost to put the virus into sustained remission.”

Indeed, the immune cells in the animals’ gastrointestinal tracts appeared perfectly intact. Normally, they would be ravaged by SIV or HIV infection.

The results are among the first to suggest that a limited course of medication, while not curing HIV infection, might prompt a patient’s immune system to keep the virus under strict long-term control.

In an interview, Fauci acknowledged that scientists remain in the dark about how, exactly, the antibody treatment produced such results.

Haynes agreed that the mechanism at work “is unknown entirely.” But he said the treatment could be a boon to AIDS researchers who have long looked for ways to stoke the immune system’s response to HIV.

“It implies there’s a mechanism out there that remains to be exploited,” said Haynes.

In the meantime, Fauci cautioned that many monkey studies do not pan out in humans, and that the safety and effectiveness of vedolizumab for people with HIV is still an open question.

A search for answers is already underway. An early clinical trial to test the safety of the therapy in 15 humans is just now getting started at NIAID, Fauci said. Results won’t be known for more than a year.