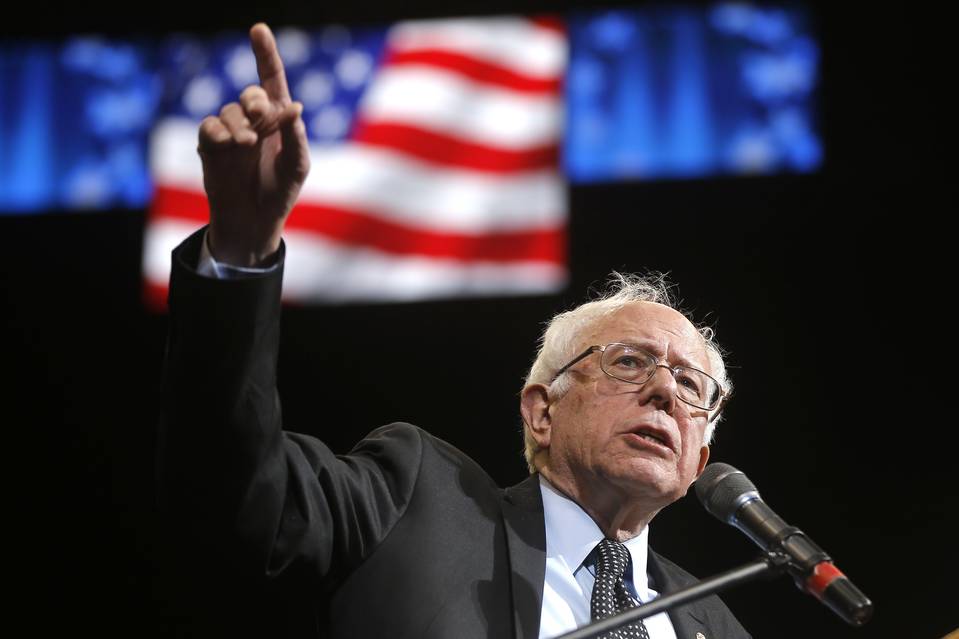 Bernie Sanders speaks during a campaign stop on Sunday in in Columbus, Ohio. PHOTO: MATT ROURKE/ASSOCIATED PRESS
Sen. Bernie Sanders, who criticized opponent Hillary Clinton for her recent comments on former first lady Nancy Reagan and AIDS, will propose his own platform Monday to spur development of drugs that treat the disease.

Mr. Sanders, who is advocating a single-payer health system, will propose establishing a $3 billion annual fund to reward developers who come up with new treatments for HIV and AIDS. The candidate for the Democratic presidential nomination wants to award money from the HIV/AIDS prize fund and permit generic competition for the newly developed drugs immediately after they are approved by the Food and Drug Administration.

“One of the great moral issues of our day is that people with HIV and AIDS are suffering and, in some cases, dying in America because they can’t afford to pay the outrageous prices being charged for the medicine they need to live,” Mr. Sanders said in a statement.

The timing of Mr. Sanders’s HIV and AIDS proposal suggests he is seizing on the public attention to the issue in the wake of Mrs. Clinton’s comments about the late former first lady.

At Nancy Reagan’s funeral last week Mrs. Clinton said that the former first lady had spurred a national conversation on HIV and AIDS in the 1980s and praised her “very effective, low-key advocacy.”

The Reagan administration has been criticized for its slow response to the AIDS crisis, and Mrs. Clinton’s words sparked immediate backlash. She apologized and said Mrs. Reagan was “no hero” in the fight against HIV and AIDS.

Mr. Sanders on Sunday criticized Ms. Clinton’s comments, which she has since apologized for. She has said she misspoke about the Reagans’ record and noted that “for that, I’m sorry.”

She also noted her own policy on health care and HIV and AIDS, writing in a blog post that an AIDS-free generation is in sight and that “as president, I promise you that I will not let up until we reach that goal.”

To that end, she called for expanding access to an HIV prevention drug, expansion of Medicaid, and an increase in global funding for HIV and AIDS prevention and treatment.

Health care coverage has emerged as a dividing issue on the campaign trail, with Mr. Sanders facing criticism for the cost of his single-payer plan where government replaces insurers. Mrs. Clinton has also targeted rising prescription drug costs in her health plan, which would limit patients’ out-of-pocket payments to $250 a month for drugs for serious and chronic conditions.

He would also direct the Department of Health and Human Services to negotiate drug prices and reduce barriers to importing lower-cost drugs into the U.S. She also wants drug companies to be required to spend a set portion of their revenue on research and development if they want to maintain federal support such as tax credits or research money.