For a month and a half, the NV weekly newspaper published unique stories of military families and their return to the peaceful life. On June 24 the last story of the project will complete a series of publications. Seven different families answered direct questions about the ways their relationships were rebuilt after the separation, captivity, wounds, and long months of the military service. These are portraits of families that will help you understand what a person feels coming home from the front lines, and what challenges the veteran families are facing today in Ukraine and around the globe. After all, these couples have recognized that they needed help after separation and war.

Elena Pinchuk, founder of the Elena Pinchuk Foundation: "This project couldn’t help coming to life at the Veteran Hub, because we are doing everything, we can to create a circle of trust for our visitors here. Hundreds of veterans and their families have enjoyed the help of the Hub's psychologists and could maintain and improve their relationships at home. The stories of their victories over fears, painful memories and the void left by the war must be told. It is important for everyone who fought in the war and those who helped the military, to understand what veterans and their relatives are going through upon the return to the peaceful life".

Ivona Kostyna, chair of the Veteran Hub Board: "We sometimes tend to think that a story of war ends the way it does in a movie: a reunion on a train station platform and long hugs followed by credits and music. However, to the military families the moment of the reunion is often resembles a new acquaintance. After that, they still have to get used to each other's transformations. For me, "Touch" is an attempt to show the story of returning from the war from both perspectives: from those who are waiting and those who are coming back. At home military families are going through their own, completely individual experience of war: the fear of "the subscriber cannot accept your call at the moment", countless comments from neighbors and the news reports always switched on in the kitchen. We were able to listen to the unique stories of 7 families whose men had returned from the East. And they were different from what we had been expecting to hear".

Each family story is complemented with the black and white photographs, that represent a couple’s emotions the best. Selected photos are on the photo exhibition at the Veteran Hub until September 2019.  Photographer Mykyta Zavilinsky took them during the interviews and intentionally left them black and white.

Nikita Zavilinsky, a photographer of the “Touch” project: "I like color, but in this case, I wanted to concentrate on emotions, movements, interaction between the two as much as possible, and the black and white was the most convenient tool for me to achieve this goal. From the very beginning it was important for us to create a project without unnecessary pathos or tragedy. It is important to understand that when someone in the family has been on the front lines for a long time, the veteran wouldn’t be the only one affected by the transformation. All the relatives are also going through the war experience, but in their own way. Therefore, we set a goal of showing the evolution of relations within the couples after returning from the war.

Yulia McGuffie, editor in chief of the nv.ua portal: “We are closely following the media to get the updates from the war zone where our military is. We are happy to see them coming home alive. We are following the way they are integrating into the peaceful life, getting involved in cool projects, opening cool businesses. We see what is on the surface, but we don’t know what is happening inside. Therefore, “Touch” is maybe one of the most honest projects on the Ukrainian Internet about Ukrainian military, one of the coolest, definitely the most sentimental, and very bold. I would like to say thank you very much to all of its participants for having found inner courage to tell their very personal stories. And I would like to thank Mykyta Zavilinsky for the stunning photographs. And we are very proud to have become the platform for this project.”

More than 361 000 Ukrainian military have got involved in countering Russia’s aggression in the East of the country in five years. Most of them have returned to the civilian life, although there are those who continue their service under contract. The veterans say that one who has returned from war has to re-build their relationships with their loved ones, children and the surrounding. Their new experience requires rethinking and adaptation to the civilian life.

The Veteran Hub is a joint project between the Elena Pinchuk Foundation, the Victor Pinchuk Foundation and CO Povratymy. It was launched in November 2018 in Kyiv. It was established for a centralized provision of services to veterans, security professionals, their families and relatives, and for support of their integration into civilian life. This is the first shared space for non-governmental organizations active in veteran affairs, combining an administrative centre for psychological and social services and an educational platform for social importance events.

The Elena Pinchuk Foundation was founded by Elena Pinchuk in September 2003. This is the first and only private charitable organization working to counter HIV/AIDS in Ukraine. In 2014, the Foundation expanded its activities, and in addition to the fight against AIDS, added military assistance projects, educational lectures and trainings, and projects to attract the best international experience in the humanitarian field to Ukraine. And recently, together with the Coca-Cola Foundation mentor projects were added to strengthen the role of women in the society.

The Victor Pinchuk Foundation, an international, private and non-partisan philanthropic foundation based in Ukraine, was established in 2006 by businessman and philanthropist Victor Pinchuk. For over 20 years, a well-known Ukrainian businessman and public figure, Victor Pinchuk, has developed, funded and implemented charitable programs and projects. In early 2006, he created the Victor Pinchuk Foundation to ensure a more consistent, professional and responsible approach and the development of new projects. Today, the Foundation operates more than 20 projects in various fields of public life, including health, education, arts, civil society development and philanthropy, and global integration. 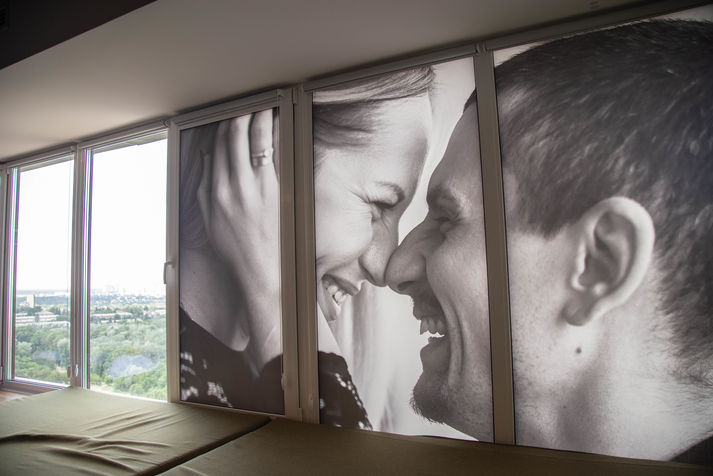 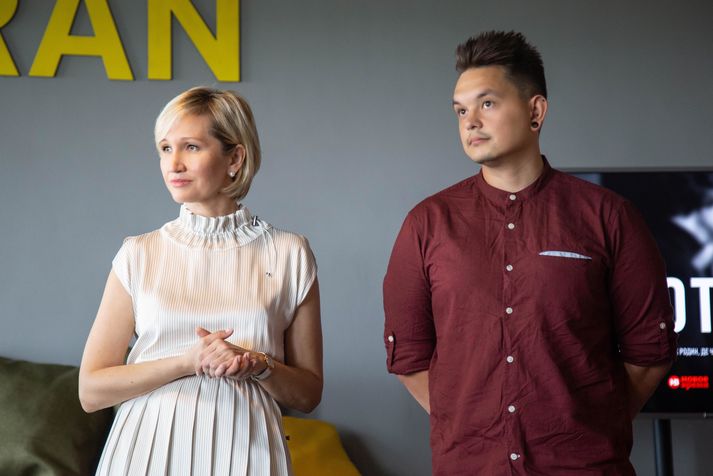 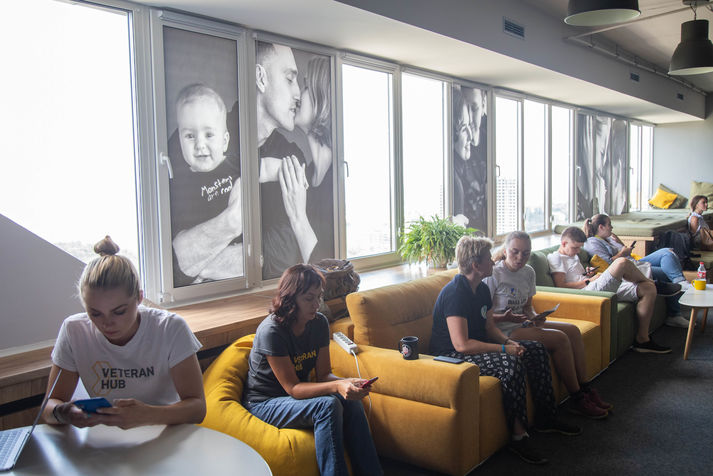 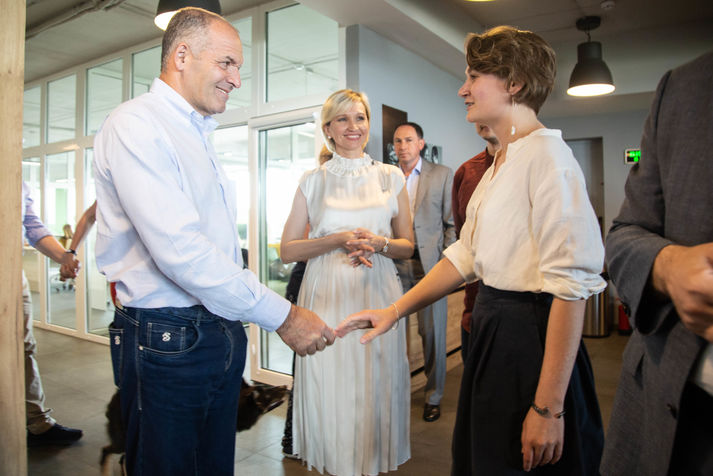 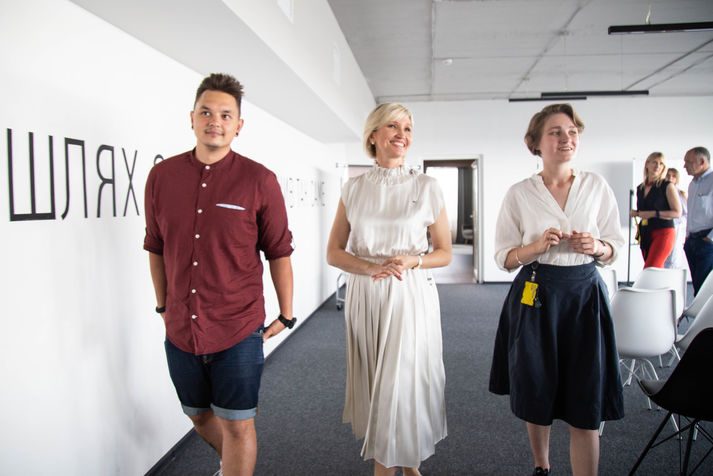 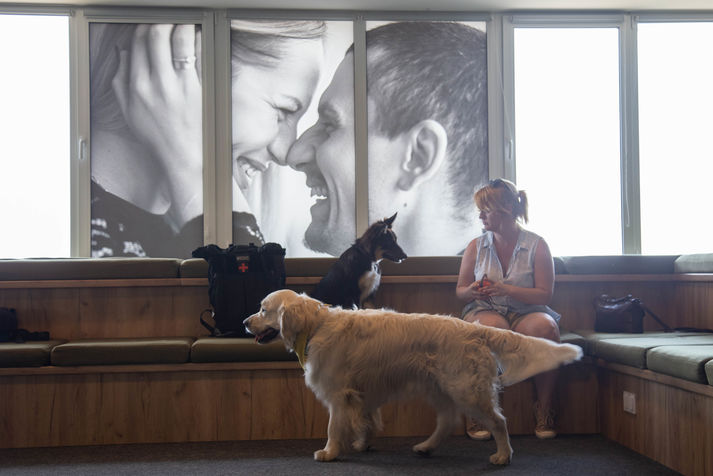