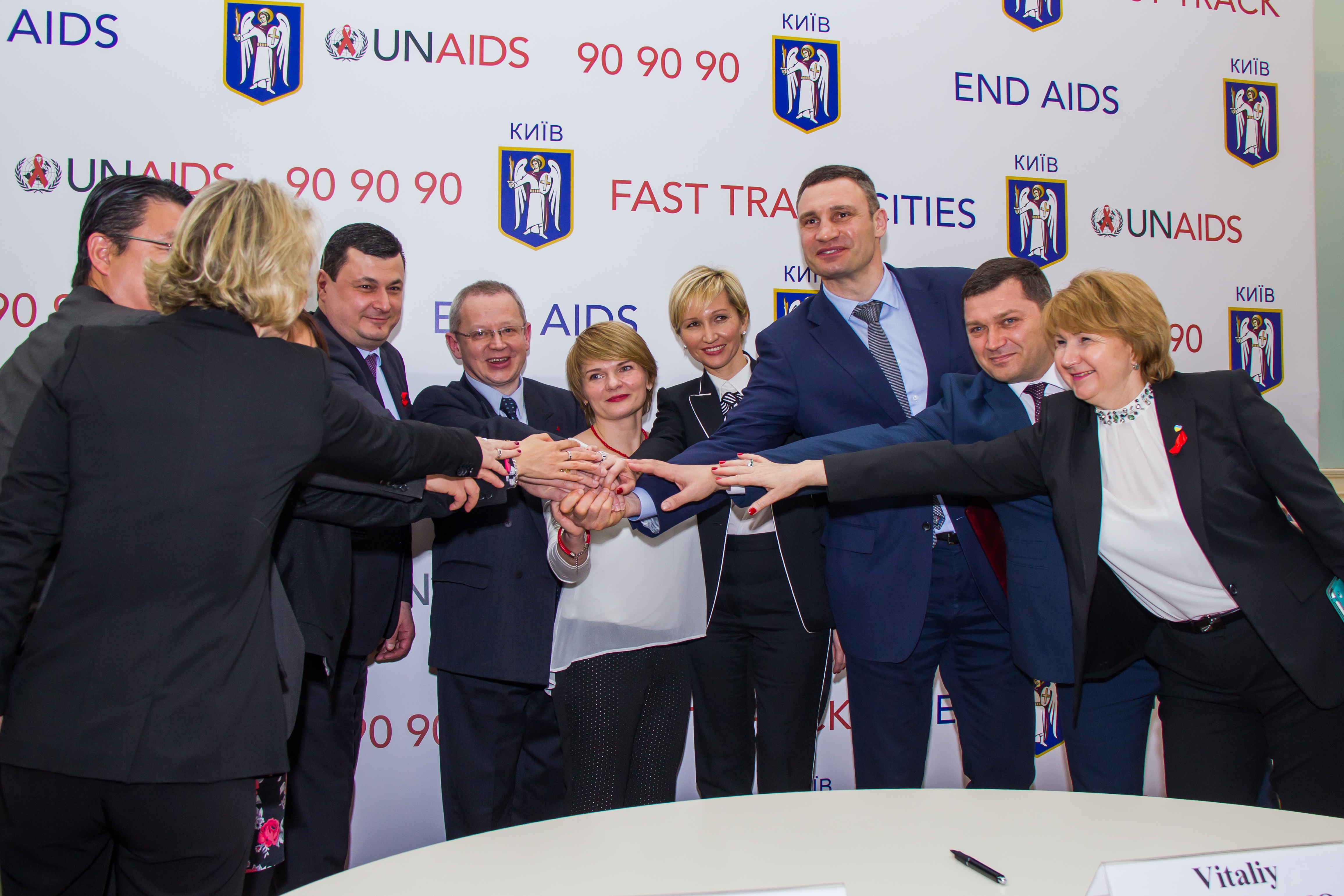 The Fast-Track cities event in New York, United States of America, on 6 June will highlight the leadership role of cities in the AIDS response and showcase urban innovations to achieve the Sustainable Development Goals, including the target of ending the AIDS epidemic.

There are around 290 000 people living with HIV in Ukraine, with about 14 000 new HIV infections in 2014. Around one in five adults living with HIV has access to antiretroviral therapy.

Participants at the event at which the commitment to the Fast-Track approach was made included Ukraine’s Minister of Health, Alexander Kvitashvili, the United States’ Ambassador, Geoffrey R. Pyatt, France’s Ambassador, Isabelle Dumont, and the Executive Director of the Kiev Network of People Living with HIV, Lada Bulah.

“We should bear our full responsibility to the people of Kiev and join hands with the city and international partners to prevent the spread of the disease and do everything to end AIDS.”

"Mr Klitschko is sending a strong signal of support for Kiev’s commitment to the UNAIDS Fast-Track approach, the 90–90–90 treatment target and the zero discrimination campaign. This level of commitment and leadership allows us to believe that ending AIDS by 2030 is possible.”