"I believe in the power of television, I have safe sex with the audience. Yes, I am TV presenter Yury Gorbunov!". "I love the life more than the sense of it. I believe in happiness and in safe sex. Yes, I am Gapchinskaya!". Stars supporting the campaign came to the event wearing t-shirts with slogans of their own design created specially for the social collection "We are what we wear". Every guest who had not yet declared their attitudes about life and safe sex to the public at large had an opportunity to purchase a white t-shirt and a marker pen to write their own slogan. One week after the event, these t-shirts will be produced and presented to their owners.

The party was visited by such TV presenters as Oksana Sokolova, Vasilisa Frolova, Yury Gorbunov and Alexander Pedan as well as by the singer Gaitana and the "Alibi" duet; by the actor Ostap Stupka; by artists Illya Chichkan, Masha Shubina and Eugenia Gapchinska; by the Ukrainian Fashion Week founders Iryna Danylevska and Volodymyr Nechyporuk, by designers Lilia Litkovskaya, Alexey Zalevskiy and Lilia Poustovit; by the Olympic Games champion Lilia Podkopayeva; and by the New Channel director Irina Lysenko and the businessman Garik Korogodskiy.

During the first month of its implementation, with thanks to each person who purchased t-shirts from the collection "We are what we wear", the project raised sufficient funds to purchase 5,000 masks and 10 000 examination gloves for five health care institutions that care for patients with HIV/AIDS, hepatitis B or C.

The event guests and journalists were the first to watch four "public" video clips created through the initiative of the Elena Pinchuk ANTIAIDS Foundation and aimed at encouraging visitors of the Kozyrna Karta restaurants to participate in the project "We are what we wear". The roles in this "public" video were given to Facebook-fans of the project Fashion AID, who had been scrupulously auditioned and proved to be the best in speaking on the matter of practicing safe sex.

During the presentation there was also a first viewing of the rap singer MC T ‘s video entitled "1000 Candles", dedicated to the anti-AIDS campaign. The video was created by EX.ua production with the assistance of the Elena Pinchuk ANTIAIDS Foundation. Its release was timed to coincide with the World Day of Commemoration for people who have died of AIDS.

On April 14, 2011, wait staff from fifteen metropolitan restaurants donned special creative t-shirts dedicated to the launch of a safe sex campaign by the Elena Pinchuk ANTIAIDS Foundation and the KOZYRNA KARTA restaurants family – "We are what we wear". The project targets young people and reminds them of the need to protect themselves from HIV/AIDS.

The guests of the restaurants also joined an exciting effort to promote safe sex: during lunch or coffee, guests were encouraged to pose ideas for their t-shirt designs and expressed their opinions on the topic of safe sex. In order to design their unique t-shirts, visitors were provided a special sheet of paper on which to write their ideas and to leave contact details. The wittiest t-shirts were selected to become the part of the collection "We are what we wear".

Any t-shirt from the special collection can be purchased directly at the restaurant or online www.fashion-aid.in.ua.

The campaign was made possible through our partnership with the Dolphi trademark, which provides installation and maintenance of condom machines, specifically in the restaurants of KOZYRNA KARTA restaurants family. 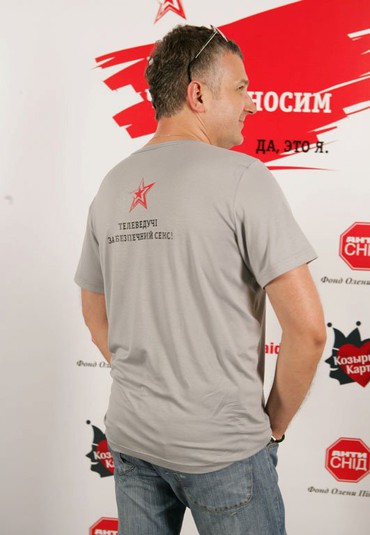 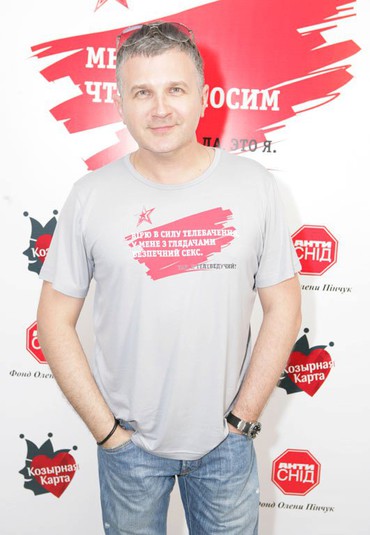 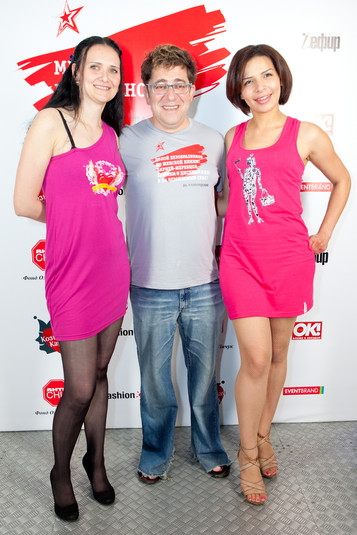 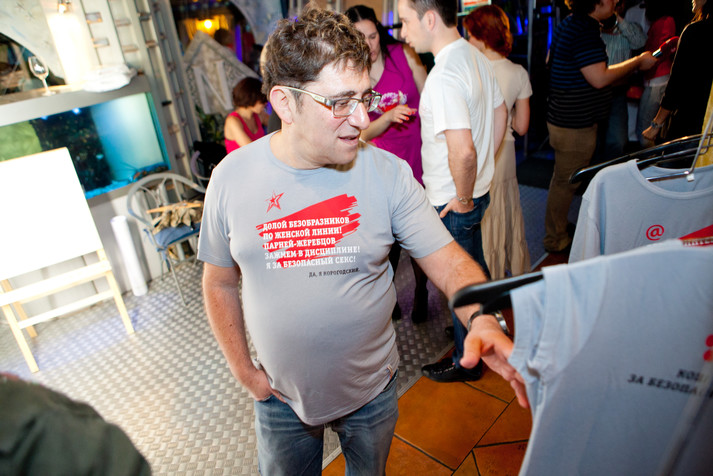 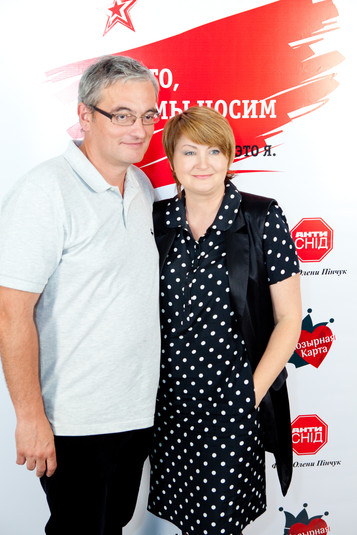 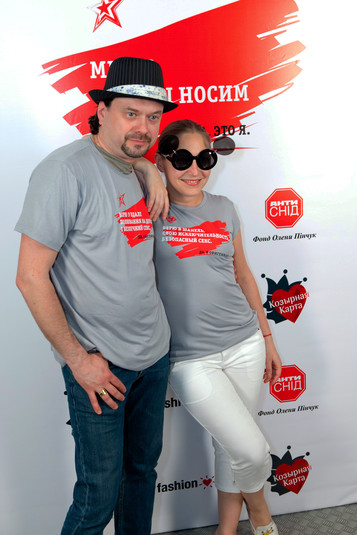 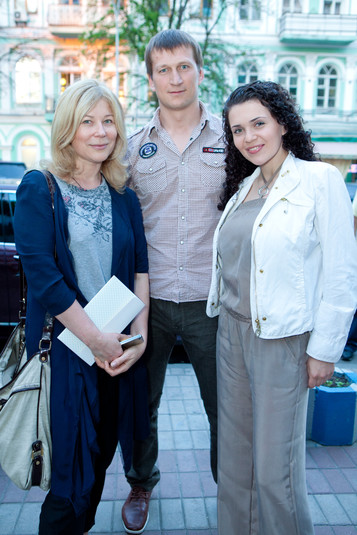 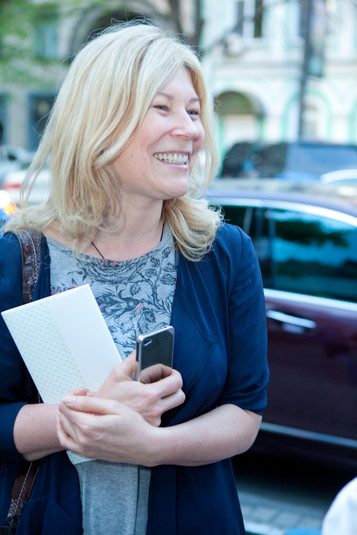 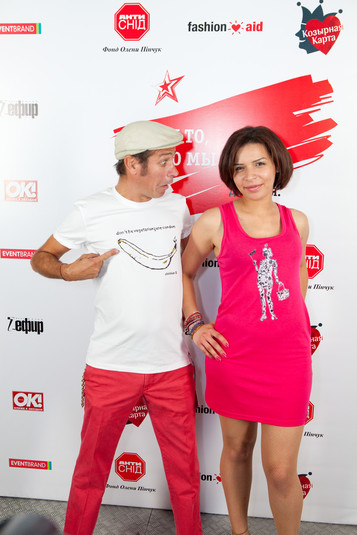 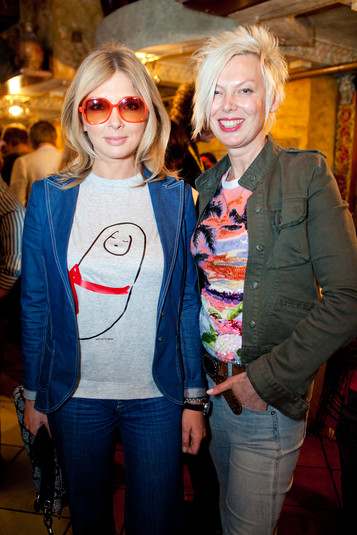 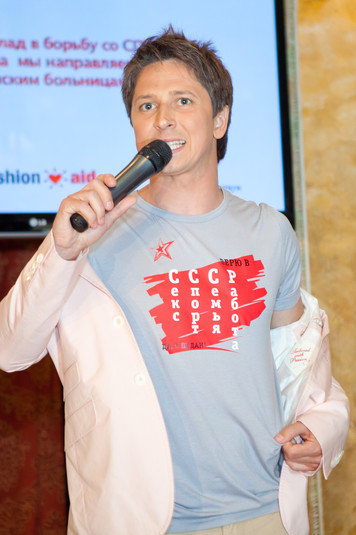 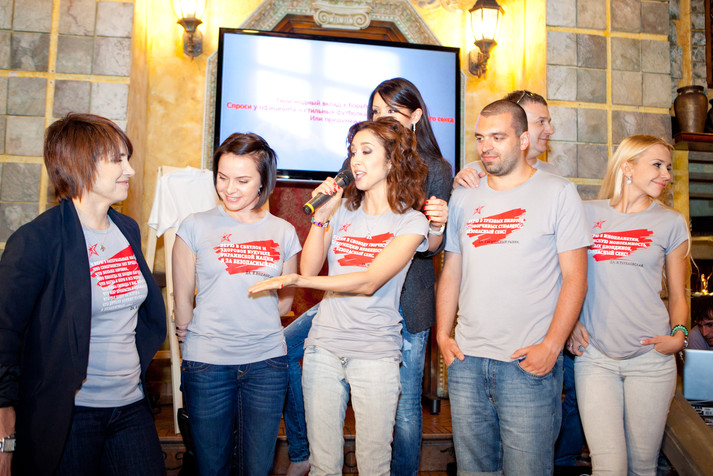 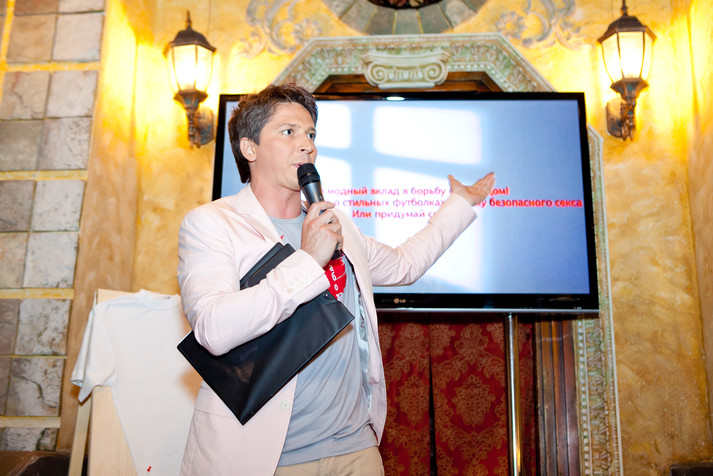 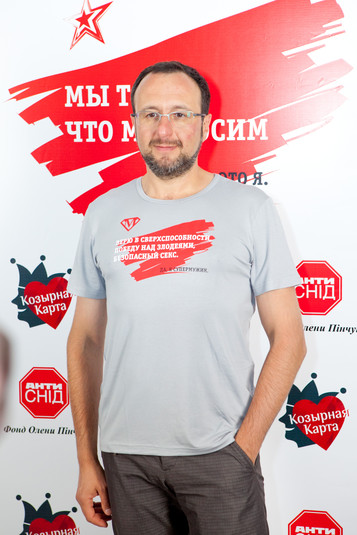 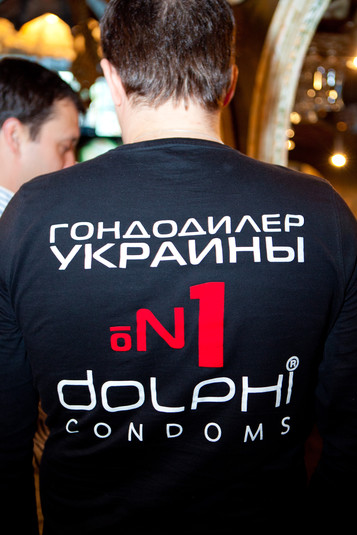 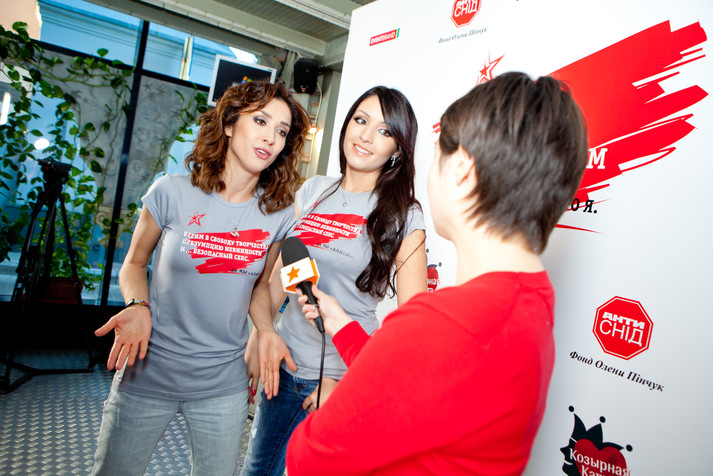 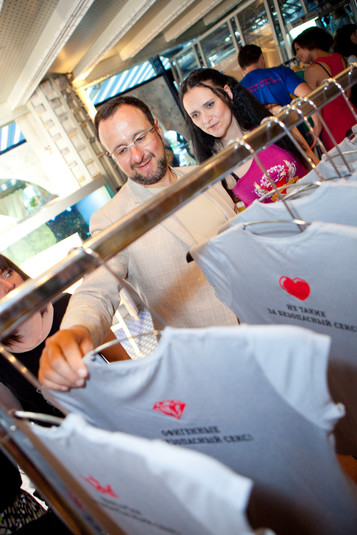 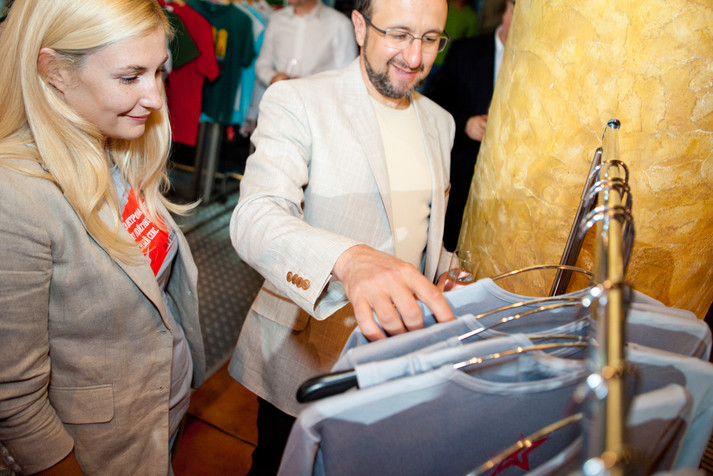 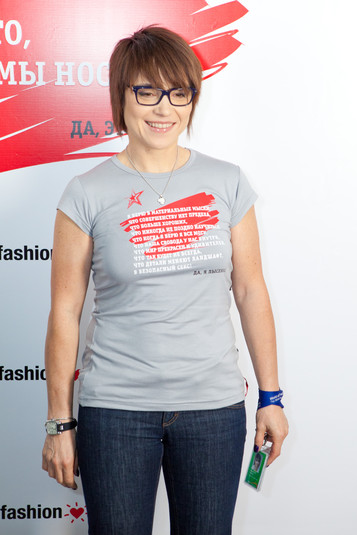 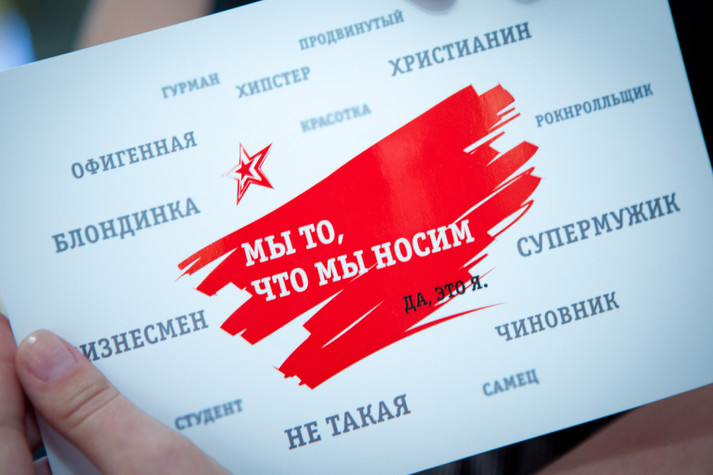 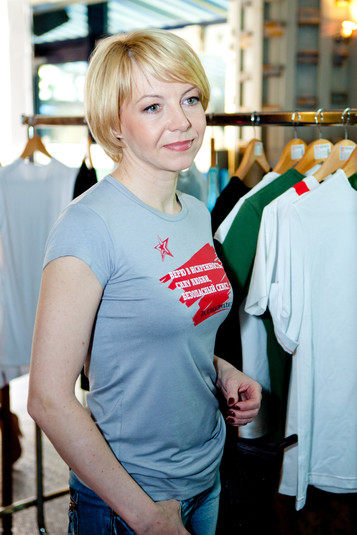 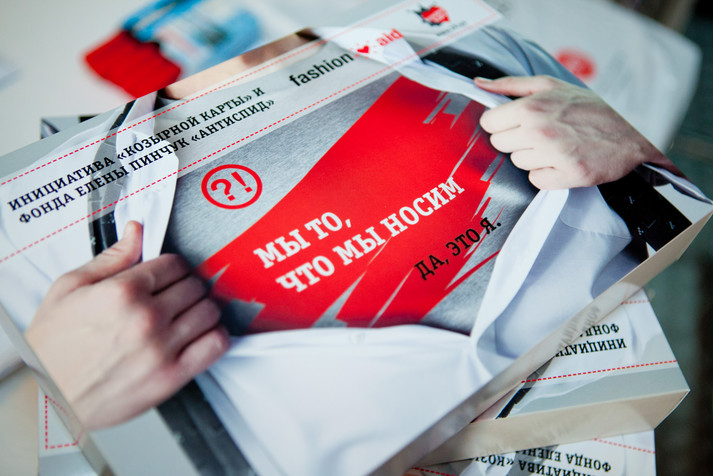 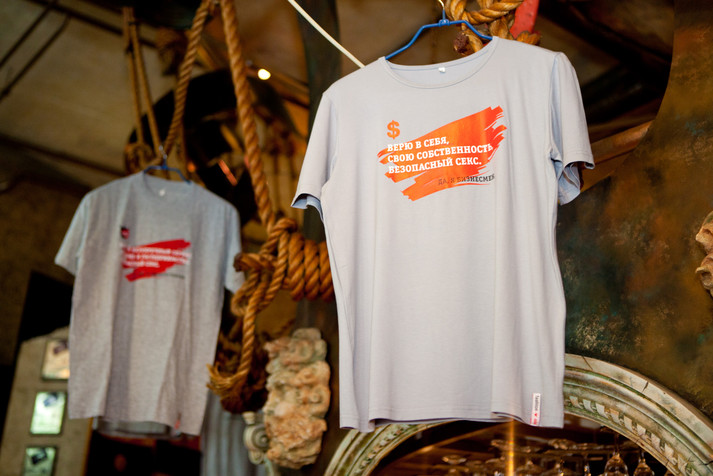 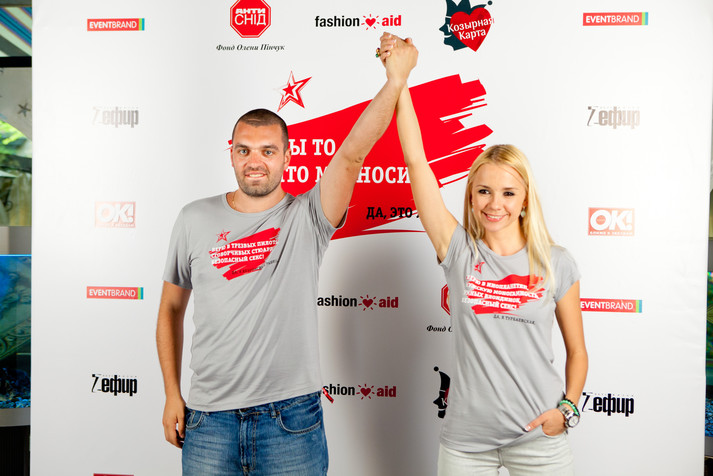 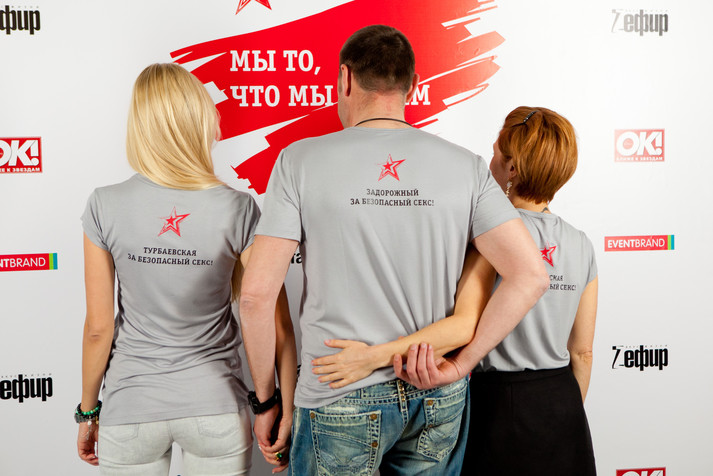 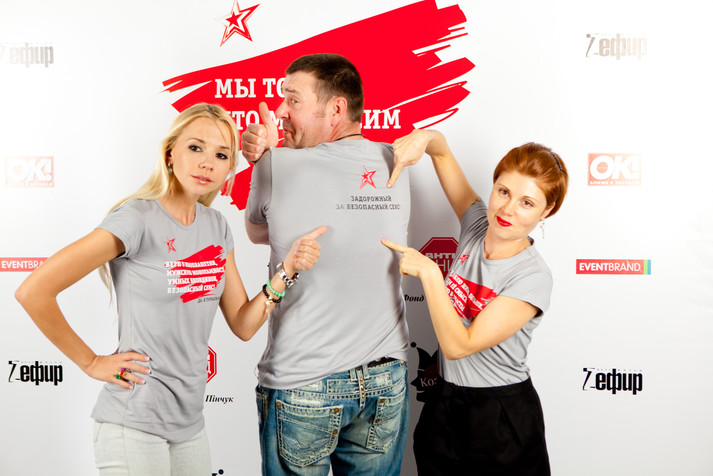 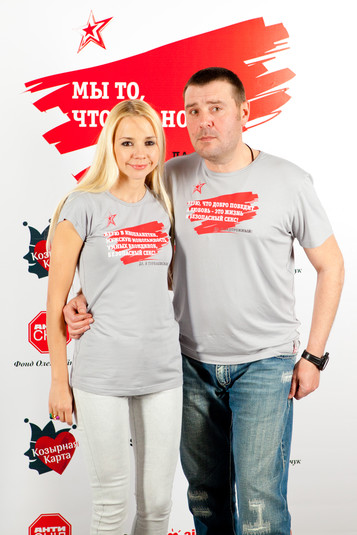 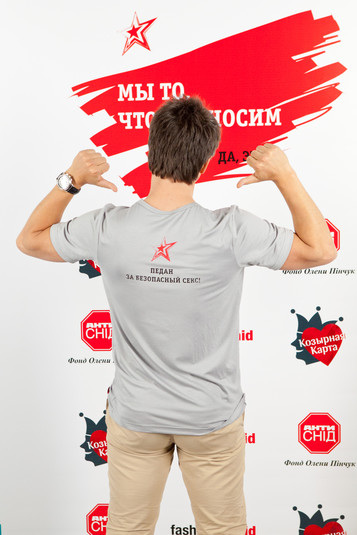 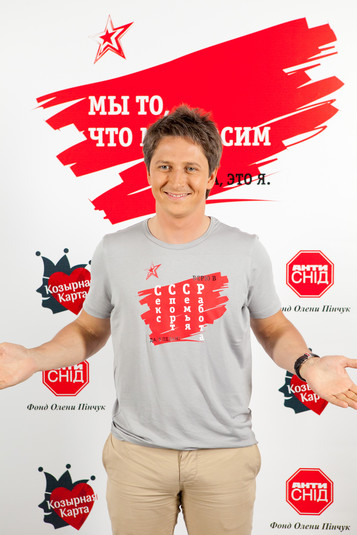