This meeting got particular resonance among students because of upcoming contest “Miss IRR  that will take place in the Institute of International Relationships in the nearest future. Girls adorned with the winning ribbons of the different years sat in the front lines. Questions to the guests were very different: starting from the meaning of the Miss World contest’ slogan “Beauty with a purpose” up to the concrete proposals of cooperation and help in the charitable programs.

Julia Morley, “Miss World” Organization Chairman and Chief Executive, was charmed with Ukrainian students. She said that only by involving young people in the fight against AIDS we can change the attitude of the society towards this problem and people affected by HIV/AIDS epidemic. Miss World 2007 Zi Lin Zhang told about charitable programs she took part in China and other countries.

“Information still remains the only vaccine against AIDS. And the most effective careers are famous people and celebrities. That’s why my Foundation tries to involve opinion leaders and celebrities in the fight against AIDS”, - Elena Pinchuk, Founder of ANTIADS Foundation, said during the meeting.

In 2007 decrease in the number of HIV transmission via heterosexual way was first outlined. According to the official data the amount of such cases in  annually increased in 15%. In 2007 year this figure reduced up to 10%. But Ukraine still has the fastest growing HIV/AIDS rates in Europe: every day in our country 48 new cases of HIV infection is registered – that means 2 persons per hour. According to the international experts’ estimates more than 1,5% of the Ukrainians are living with HIV/AIDS. And just one out of four knows about his diagnosis. The majority of the new HIV cases are among young people.

Miss World 2007 Zi Lin Zhang won the 57th contest that took place in . For the first time Ukrainian representative was in the jury – Elena Pinchuk, Founder of the Ukrainian charitable ANTIAIDS Foundation. Traditionally contest draws attention of the audience towards different social problems of the mankind. Since 2007 contest focused its attention towards continued HIV/AIDS pandemic and threat it caused. That’s why December, 1 - the World AIDS Day – was chosen as a date to hold the Final of the 57th Miss World contest. Among the “Miss World  jury was the older daughter of legendary South African leader Nelson Mandela Maki Mandela devoted her life to the fight against AIDS following her father’s example.

The day before the Final organizers conducted the briefing dedicated to the World AIDS Day. The grandson of Nelson Mandela that lost his father as a result of AIDS epidemic appealed with the official message of Nelson Mandela to the participants of the contest, mass media and guests. “We can not stay indifferent to the destructive consequences of the AIDS epidemic. Today the all world should unite for the stigma overcoming that surrounded this tragic disease. Our help HIV-positive people is our fight against stigma towards people living with HIV. Only getting free of stigma they’ll able to realize their dreams and hope for a long life. Their dreams and hopes are in our hands.” – It is said in the message.

Julia Morley, owner of the brand “Miss World”, told that beauty contest is only a part of 5 year social project on HIV-positive people stigma’ combat that will be realized by countries-participants of the contest. “Let’s work together for coming to the solutions, - Julia Morley said, - let’s give the hope to the world. Winners of the national beauty contests promised to make their contribution into the fight against AIDS. We united representatives of the different continents in the jury. We together taking hands will help people affected by AIDS epidemic to find the job, to educate, to get medical help. All together will be able to change millions people’ lives on the planet”.

Miss World contest organizers also told that 5,5 millions USD raised during charitable ball in 2007 year will be directed to open 176 clinics for AIDS and tuberculosis diagnostic in different countries of the world.

In October 2007 Miss World 2006 Tat’ana Kucharova ( ) and owner of the brand “Miss World” Julia Morley visited . They arrived in  after ANTIAIDS Foundation’ invitation to participate – together with Ukrainian celebrities – in the fashion show of the social collection Love Fashion AID, created by 38 Ukrainian designers. Together with the Founder of the ANTIAIDS Foundation Elena Pinchuk they visited Lavra clinic and  orphanage “Berezka”, where children with HIV/AIDS diagnosis are living. Before fashion show Tat’ana Kucharova decided to meet in person with HIV-positive people and to know more about HIV/AIDS problem in . The main part of the visit was the meeting with doctors and patients in Lavra clinic that helps patients with HIV/AIDS from all over . Exactly this clinic became the recipient of the sum raised during charitable auction, where collection Love Fashion AID was sold for half a million USD.

Julia Morley, “Miss World” Organization Chairman and Chief Executive. Julia headed the “Miss World” committee at 2000, after the death of her husband, Eric Morley. The first “Miss World” contest took place in 1951 as a part of New Year entertainment. First it was created as a bikini festival. TV broadcast started on BBC and then expanded over the world. Annually contest final ceremony is held in the best halls of the world’s capitals. In 2007 year live broadcast from  covered 200 countries of the world and attracted 2 billions audiences. 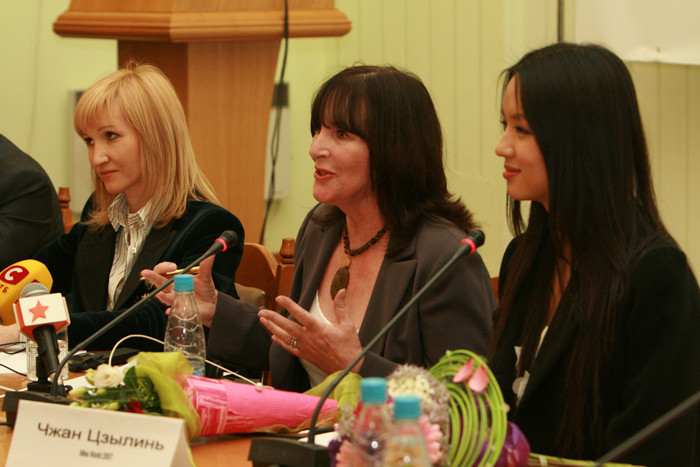 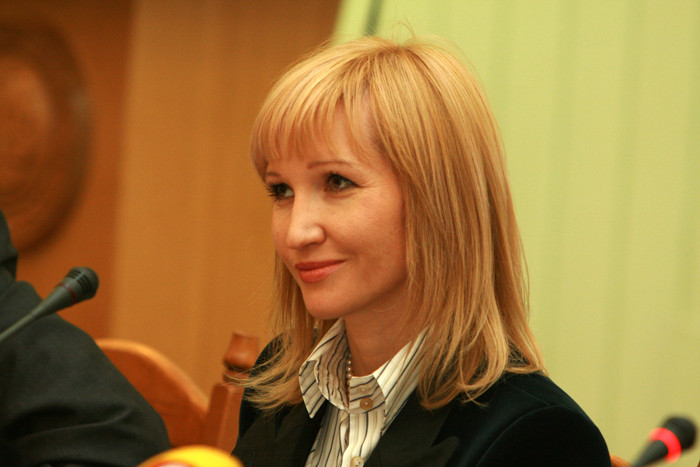 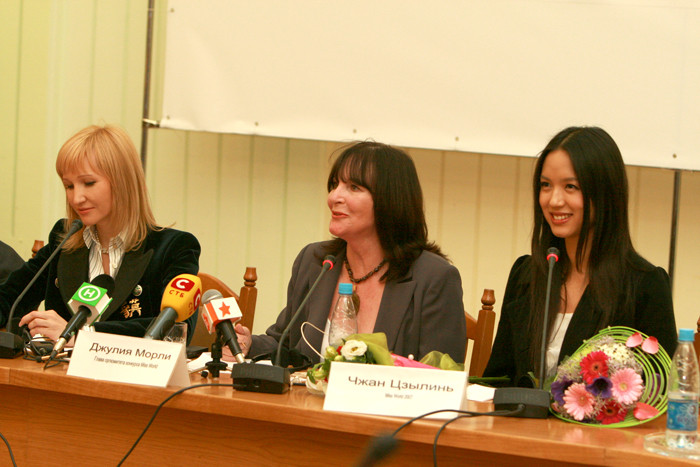 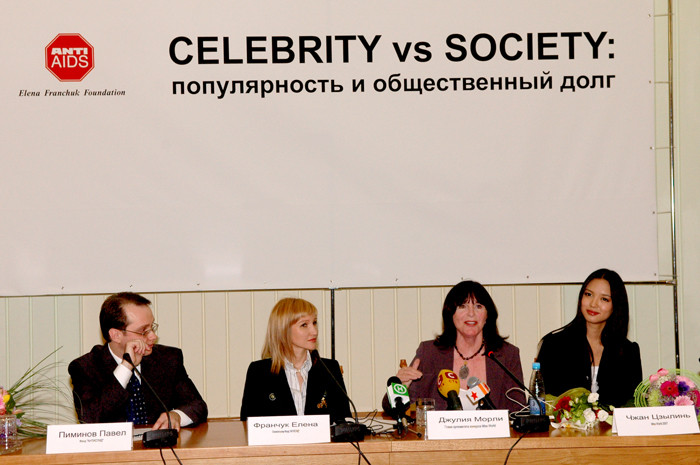 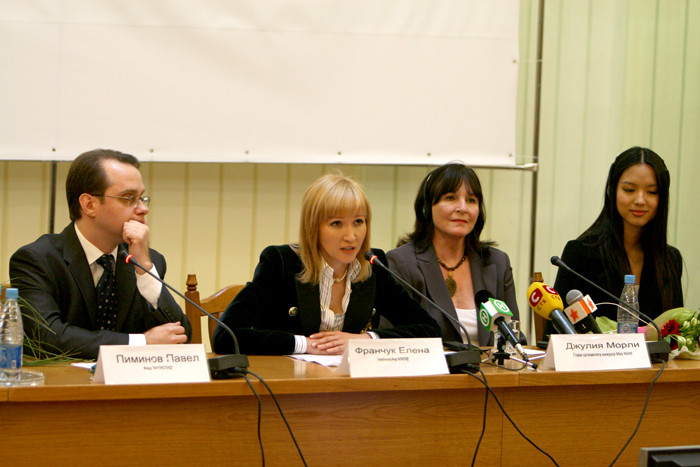 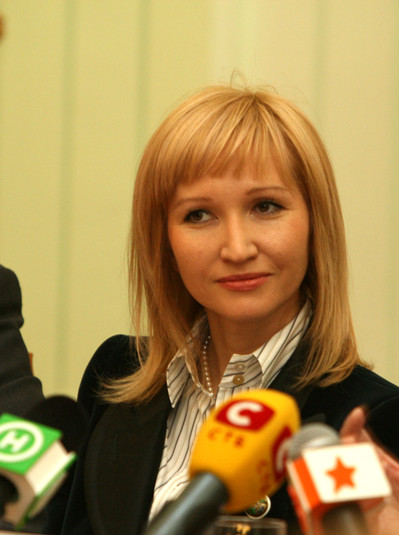 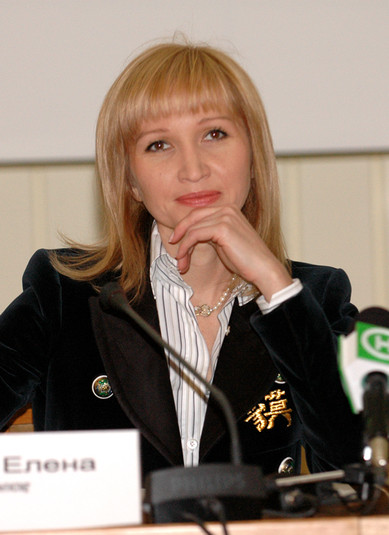