The main task of the symposium was:

The symposium was conducted in the framework of the first Eastern European and Central Asian AIDS Conference. For the first time, communities of leaders, scientists, non-governmental organizations and people living with HIV/AIDS came together to share insights and jointly strategies on how to reverse the course of the epidemic.

More than 1000 children nowadays in Ukraine inherited HIV status from their mothers. These children need special attention, care and support. HIV-positive orphans are the subject of double stigmatization: as children, abandoned by their parents and as children, living with HIV. Many children elder than 4 continue to live in orphanages for infants aged 0 – 4, because they are not accepted by orphanages and specialized schools. They do not go to school; do not communicate with kids of the same age. And those children, who were managed to be moved to the specialized schools, suffer from discrimination of the personnel and other kids.

Nina Ryabova, head medical nurse of Russian clinical infectious hospital, which is in a village Uste-Izhora (St Petersburg) shared the experience of their system of care and support after the children with HIV/AIDS, who permanently live in the hospital. Calin Pop, the expert from Romania, shared experience of pediatric epidemic in his country, delivered information about first family houses for HIV-positive orphans and about the system of children transfer from the orphanages to foster families. Myriam Mercy, chairman of French foundation “AIDS Orphans International”, has informed about main stages of HIV/AIDS epidemic in France, problems of children who lost their parents due to HIV/AIDS epidemic and about the ways of hosting of almost all the children to foster families or their adoption.

There have been born 11 704 children to HIV positive mothers since the registration of first cases of HIV/AIDS in Ukraine. As for today, 1 097 children inherited HIV diagnosis, 5 272 children are still at a regular medical check-up.

In Ukraine the percentage of mother-to-child transmission is 8.2% according to the data of the Ministry of Health of Ukraine.

The official data shows only registered cases. At the moment new cases of HIV infection are revealed among children of 5-6 years old. A lot of children of first wave epidemics have already died without any reflection to statistics or have not been discovered yet due to various reasons. There is also almost no data available about street children and homeless children.

To the middle of the year 2005, in state institutions for orphans there were 400 children born to HIV positive mothers. 176 children had confirmed HIV diagnosis at that moment.  Most of the kids live in orphanages for children of 0 - 4 years old.

Among main problems of HIV positive orphans in Ukraine there are:

The speaker represented the results of the project “Model design for individual overall development of HIV positive children –orphans, living under long-term care in hospital, on a base of RCIH MH RF”. In frames of the project, reorganization of the section’s work was put into practice in order to provide better conditions for   individual development of HIV positive orphans and their socializing in the conditions close to family ones.

The project was implemented under the support of the Program “Support of orphans in Russia”. The program is conducted by National foundation of children protection against cruelty and American council on international research and interchange (IREX) under the financial support of USA Agency on international development.

Information about use of family form of upbringing and so-called “social flats” provoked special interest. Over a period of the project realization (7 months) all the children were taken two – three times to the “social flat”. They have stayed there with adults for 2 weeks. This experience has changed the personnel’s attitude to children; children received their first experience of possessing personal belongings and significant adult, children have been taught hygienic skills.  The speaker has demonstrated to the participants of the symposium the extracts of the diaries of the teachers, who took part in the project.

The separate place in the speaker’s presentation was problem of delivering diagnosis to HIV positive orphans.

The paediatric epidemic of HIV/AIDS has started in Romania in 1996. At that time around 12.000 children were contaminated with HIV/AIDS through the blood transmission.

In the country with the population of 25 million people, at the date of December 31, 2005 there were registered 11 741 cases of HIV/AIDS cases among children and only 4 517 cases of adults with HIV/AIDS.

The majority of children with HIV lived in their families of origin. NGO assumed the responsibility to place the children abandoned in state institutions.

First there were family type orphanages, which were built under support of international and private donors. 21 orphans from Bucharest Hospital of Infectious diseases were transferred there.

Relatively high cost was the considerable barrier in further development of the system of specialized family type orphanages. It costs 50 thousand dollars for donor organization to support each orphanage.

The search and placement of children into foster families has become one of the most realistic methods. Main motivation for foster parents was monthly salary for upbringing children. Although there were planned to find families for one hundred children as a minimum, unfortunately, only 7 children were placed into the foster families in 2002 -2007, after large-scale informational campaign.

Thanks to informational campaign, directed to the students, teachers and parents, all children with HIV, who were in need of education, were placed in schools.

In his presentation, speaker told about work philosophy of his organization, principal approaches to HIV positive orphans, about children integration into society and methods of breeding of useful vivid skills among their beneficiaries.

Speaker has informed about main stages of HIV/AIDS epidemic in France.

3000 children with HIV/AIDS are registered and under constant medical supervision in France at the moment.

The cumulative number of children AIDS deaths in France before ART is from 1000 to 1500. Only around 50 children died from AIDS since the ART introduction (1997).

The adoption of HIV positive children were banned in 1988 - 1992 in France because of low survivability of such children. Almost all orphans were placed then in foster care families.

Second phase in France since 1992 till 1997 was defined as the beginning of ARV therapy and realization of the fact that HIV can proceed without symptoms. Yhis fact led to the legislation change and permission to adopt children with HIV.

In her presentation the speaker also mentioned the necessity of support of parents, upbringing HIV positive children, loyalty to ART, and illustrated the role of NGO in formation of public opinion and destiny of particular children. 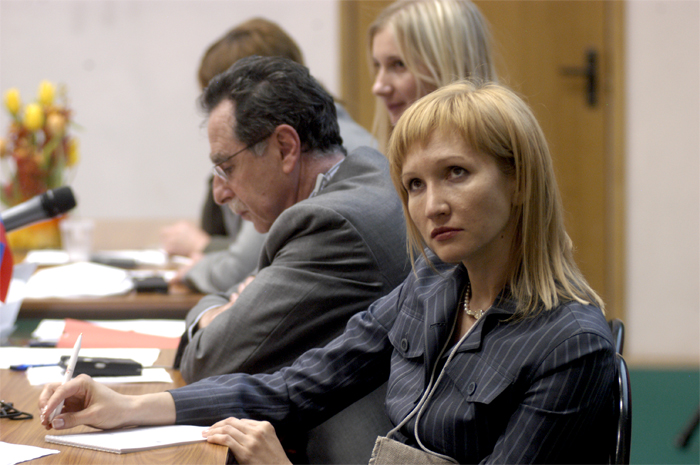 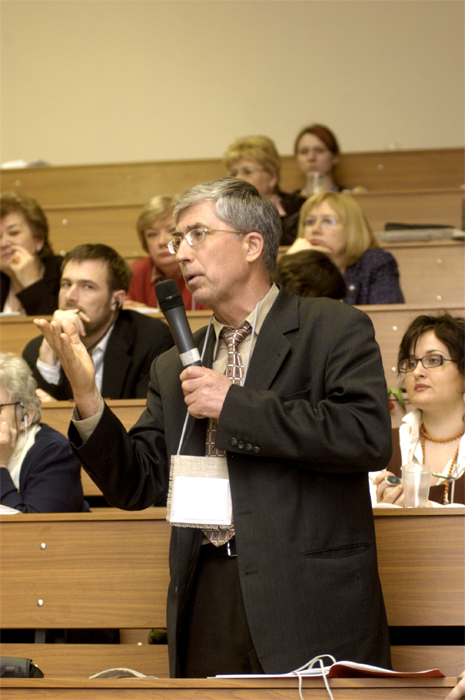 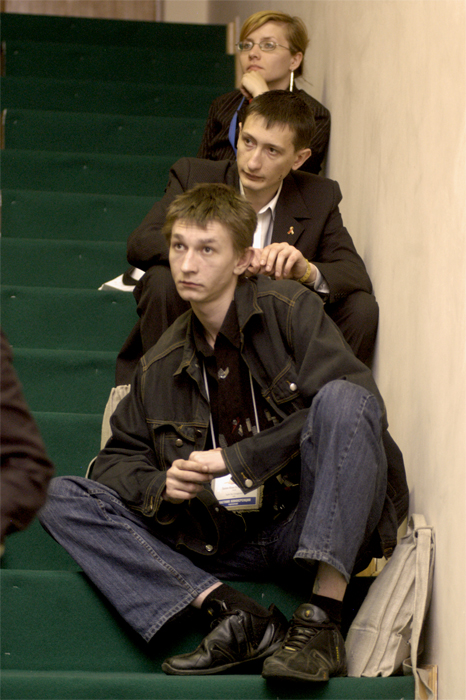 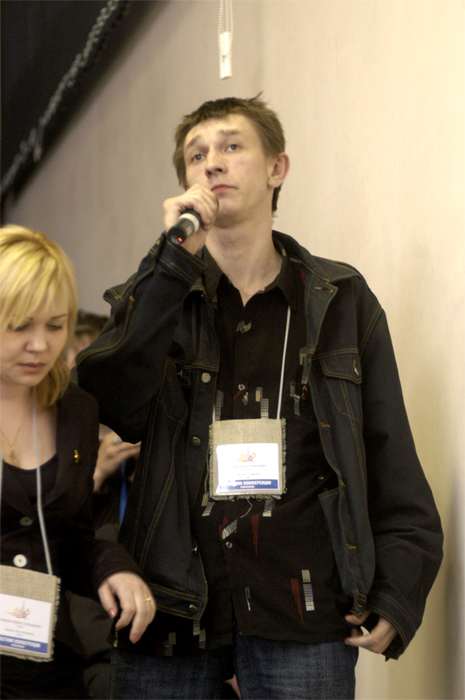 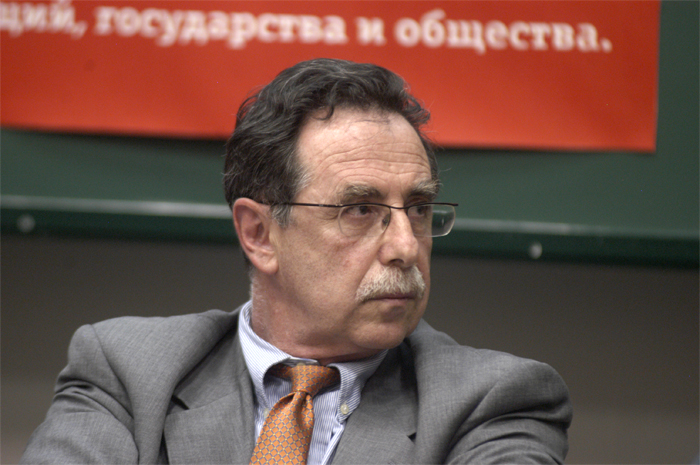 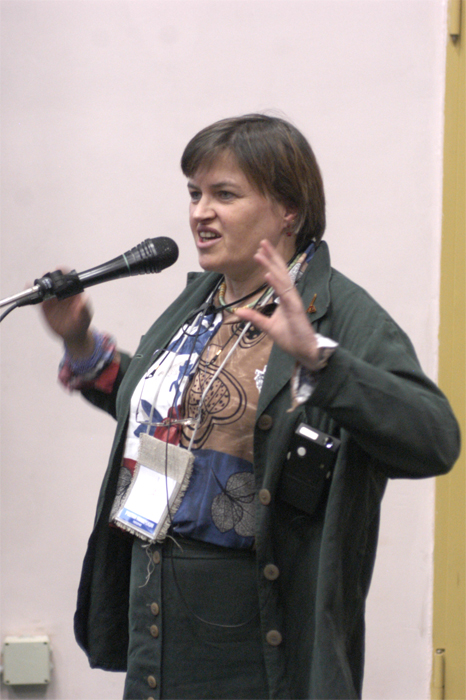 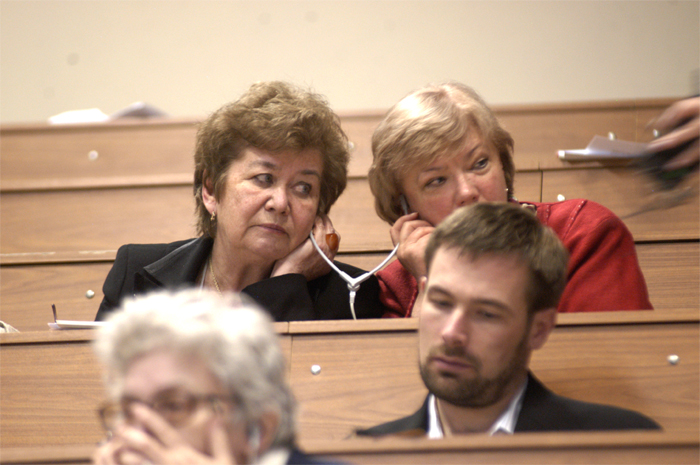 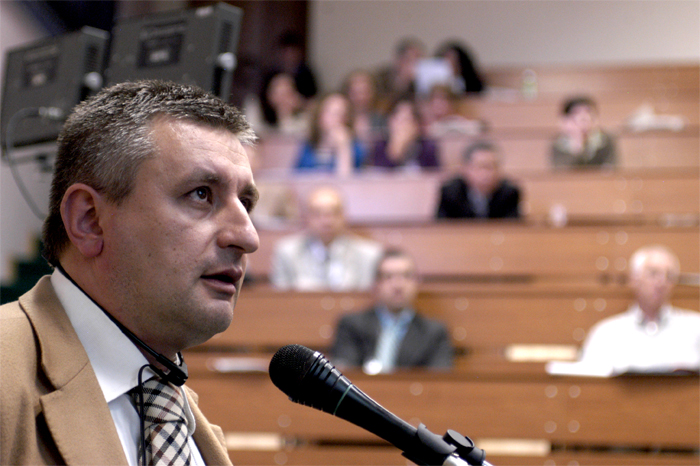 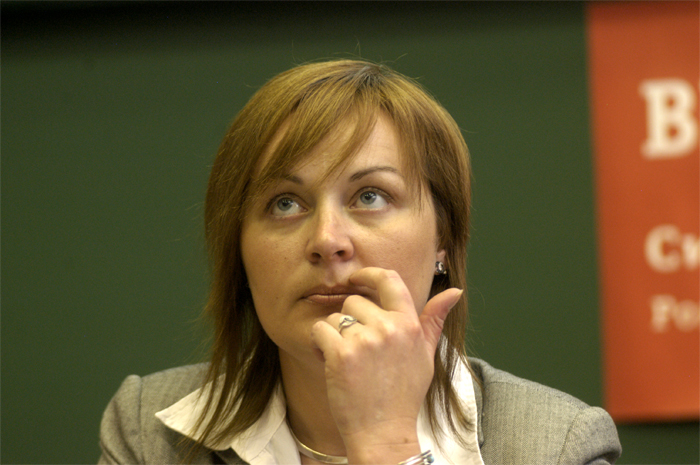 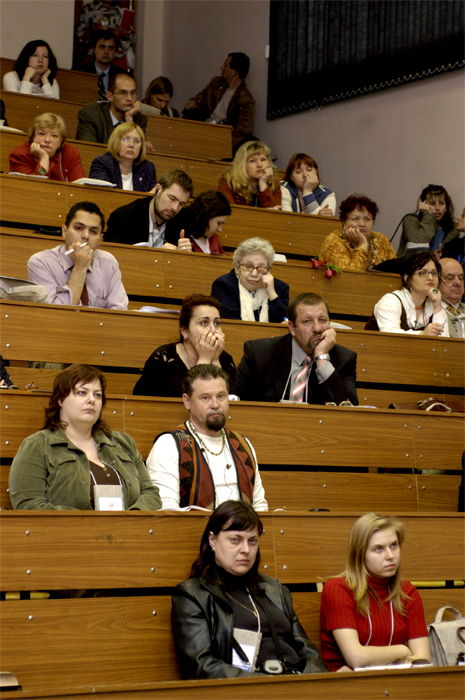 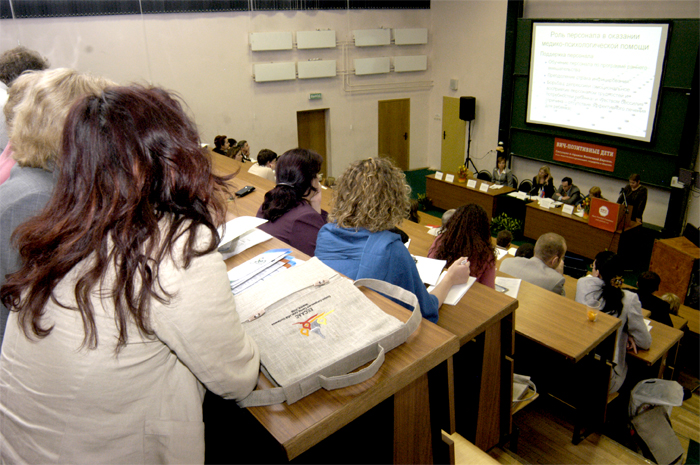 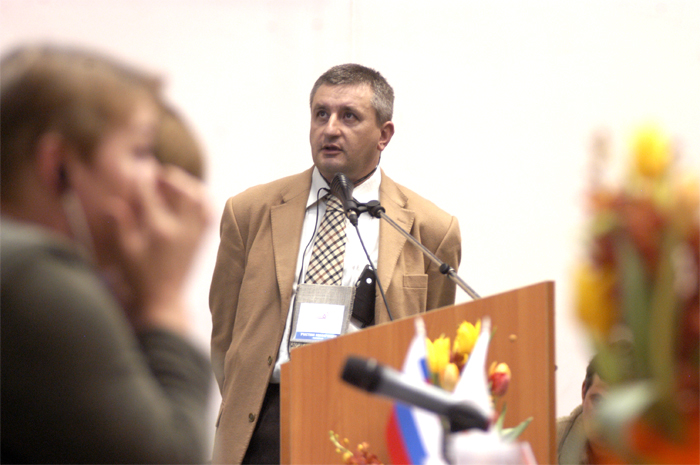 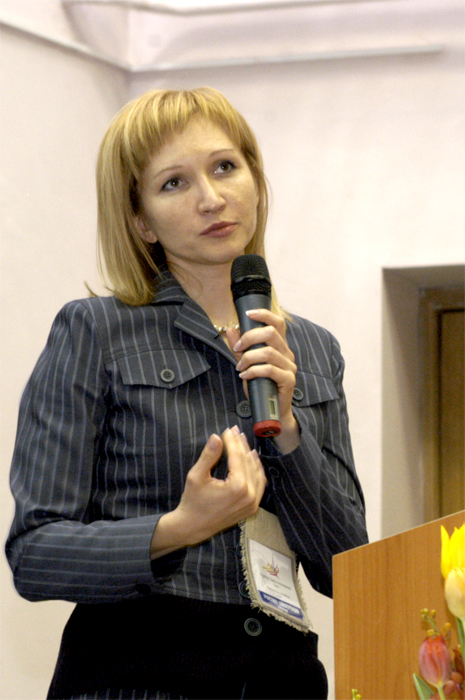 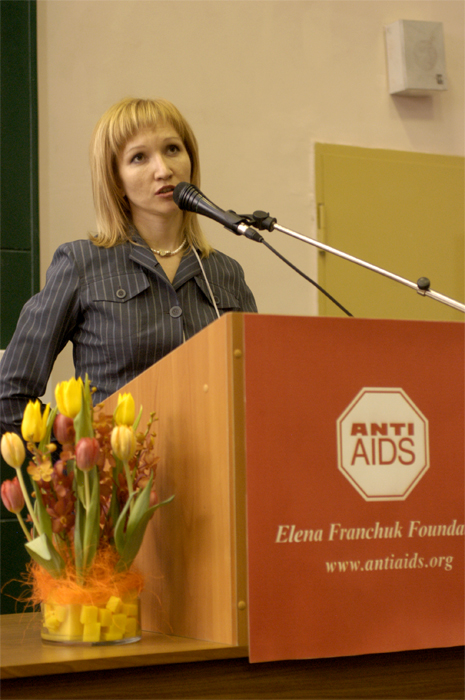 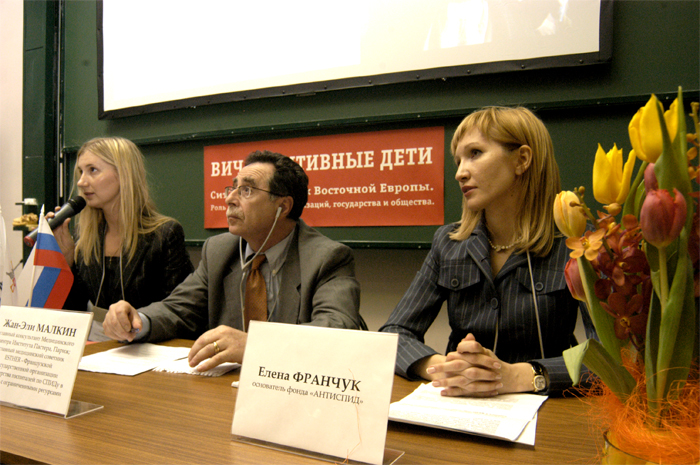 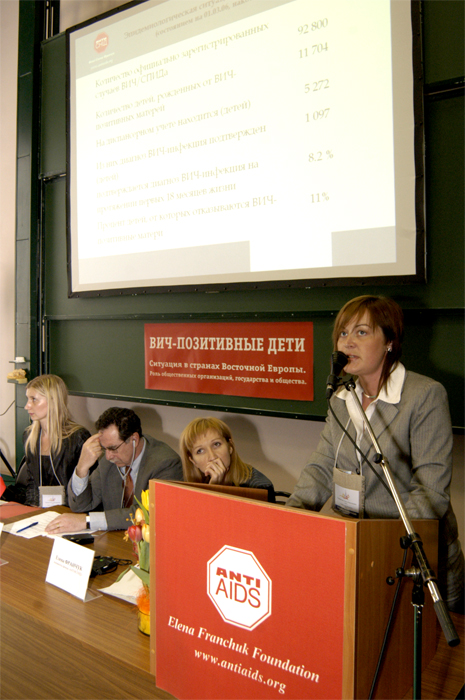 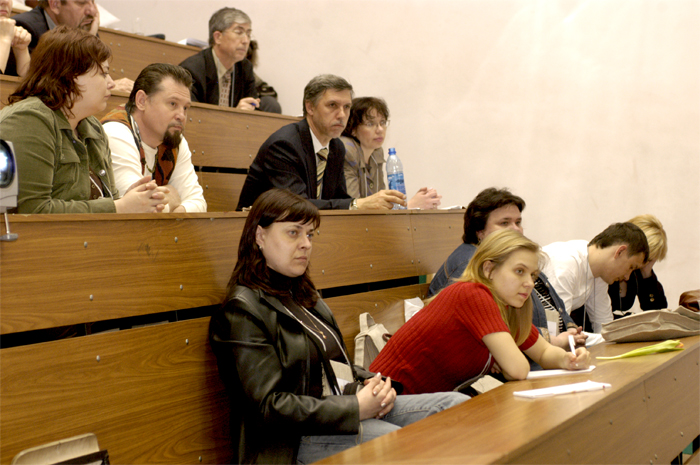 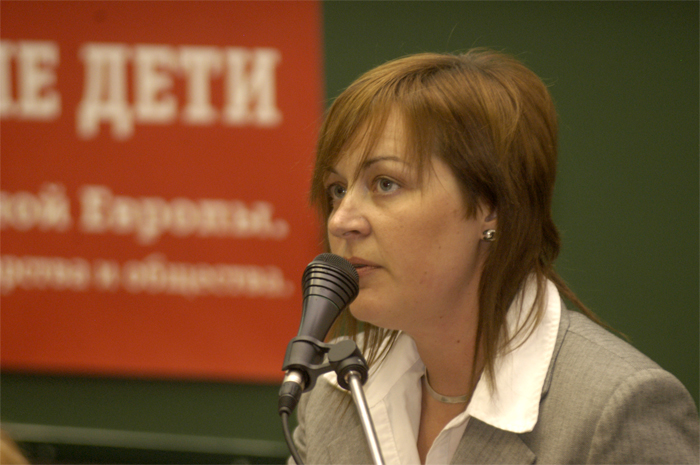 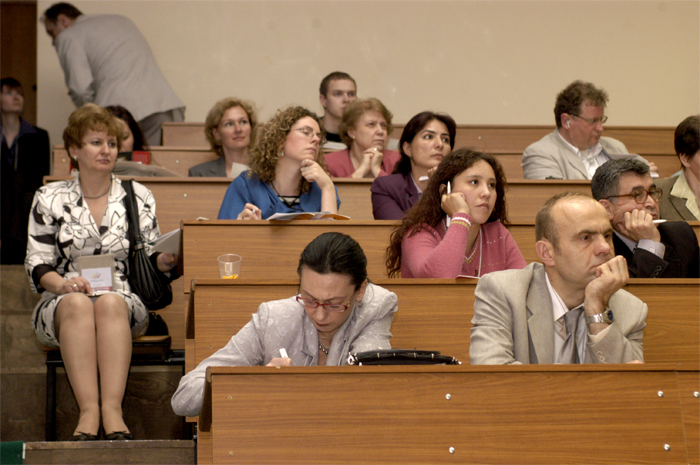 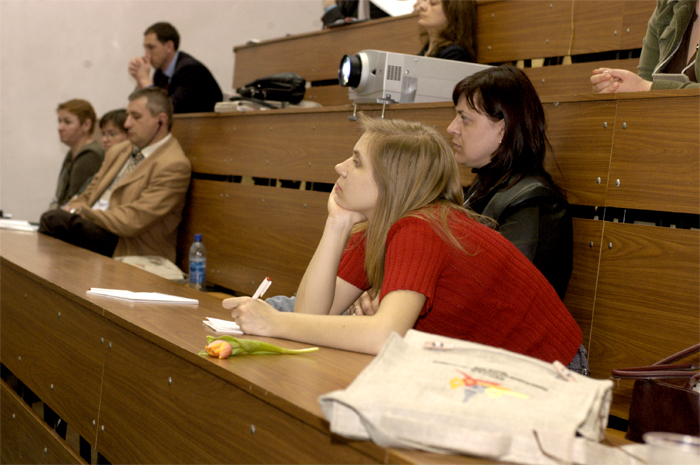 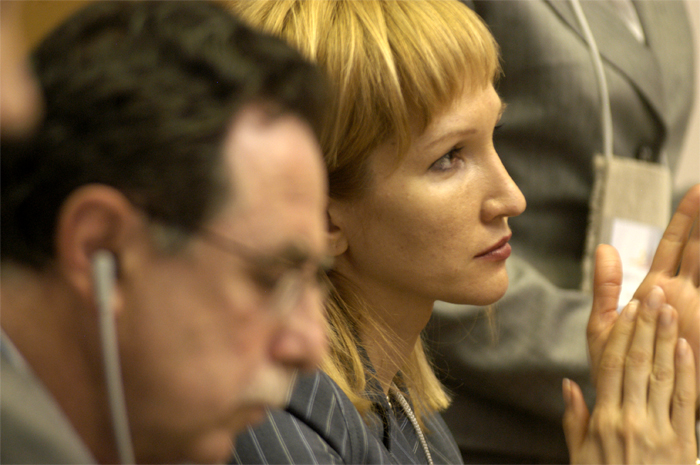 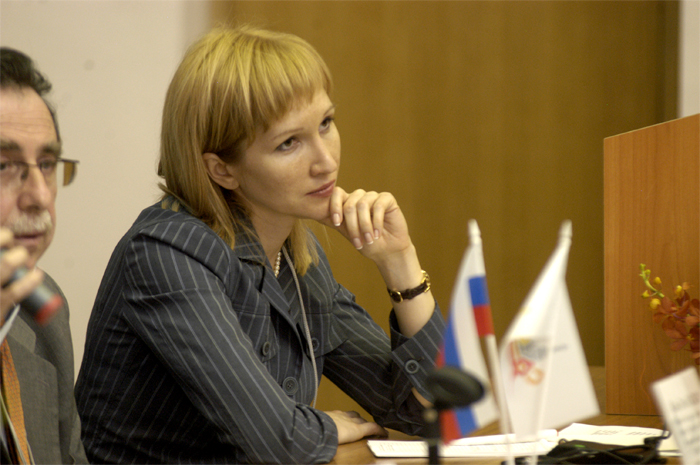 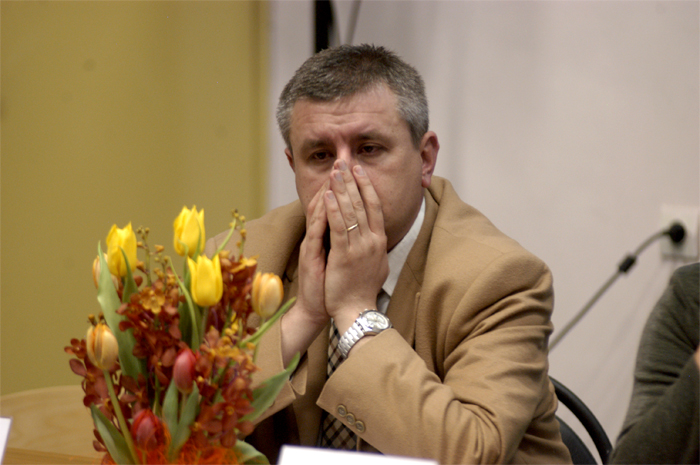