All that, made due to his personal initiative, has no precedent on quality and scale in the history of our country. For the first time the designer of such a level has created a big fashion collection and dedicated it to the AIDS fight and people, living with HIV/AIDS. Moreover – he has invited them to demonstrate the collection. For the first time social action has been included to the program of fashionable event of Ukraine – Ukrainian Fashion Week.

Alexey Zalevskiy: «This is my second collection, dedicated to HIV/AIDS, which I created and presented in Ukraine. First time I applied to the AIDS issue 8 years ago, but this time I decided to make a really big project and what is the most important – to recruit to the performance not only professional models but HIV positive people, as well. It was vital for me to say, these people live nearby and they need our support. This idea was born during the communication with guys from HIV service organizations, prior to the International AIDS Conference in Toronto. This is of a great importance that we are joining the global fashion movement to resist AIDS. Long time ago it became an axiom in the world, that art can fight AIDS. I think we are at the beginning of a long road to go».

Elena Pinchuk, founder of ANTIAIDS Foundation: “My Foundation has been glad to support Alexey Zalevskiy’s initiative. Creation and demonstration of the collection dedicated to AIDS, in the frames of the most fashionable event of the year – is an attempt to say one more time that AIDS is everybody’s problem. Previously we used to say that HIV is concentrated in risk groups but now we say that nobody is secured. It is necessary to know about AIDS as much as possible to protect oneself. I’m concerned that informational campaigns can change attitude of the society towards AIDS and people with HIV. Hope that other Ukrainian designers will join this initiative and we’ll see new social collection on the spring Fashion Week”.

This project is not only about tolerant attitude to HIV positive people. In his speeches and interviews on the Ukrainian Fashion Week, Alexey Zalevskiy has invited the best Ukrainian designers to address AIDS as their personal problem. In this way we would be closer to the international fashion world, where the AIDS subject has been on the top ranks for a long time, and where leading world designers and brands has been working actively in this direction.

In 1988 Kenneth Cole, creative director of Kenneth Cole Productions, proposed to use core competences of fashion-industry to attract society to HIV/AIDS problem for the first time. Leading top models took part in advertising campaign, dedicated to the fight with this disease and Anne Labovits became a photographer in this campaign.

In summer of 2005 exclusive T-shirts and jersey cloth models, made in the frames of “Designers against AIDS” action, appeared in the shops all around the world. Bernard Wilhelm and Marina Yi, ex members of “Big Antverpen six”, musicians from The Scissor Sisters, Cardigans, Robert Smith from The Cure and photographer Kimiko Yoshida took part in creation of the models.

The leader of rock-group U2 Bono and Italian designer Giorgio Armani recently have announced the project, in which such companies as American Express, GAP, Armani Group and Converse combined their efforts. In cooperation they created the new trademark RED, a part of profit of which will go to the AIDS fight in Africa. On the International AIDS Conference in Toronto there was represented collection of dresses made of colored condoms.

Alexey Zalevskiy graduated from Odessa theater-art College, where he got a degree of make - up artist and puppet-maker artist. The clothes under Zalevskiy label have been made and on sale since 1994. Alexey Zalevskiy is not only the designer of his collections but also brilliant producer of his demonstrations.

International Renaissance Foundation (IRF) was founded in April, 1990. It belongs to a net of George Soros’ foundations, which consists of national and regional founds in more than 30 countries of the world, mainly in Central and Eastern Europe and on the territory of former Soviet union. The main goal has been joined these foundations – they support legal, media, educational, informational, medical and social initiatives, which assist to development and consolidation of open society. 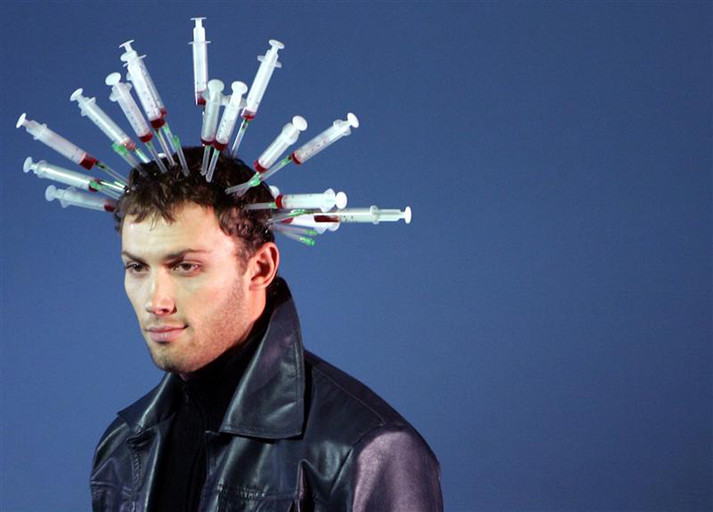 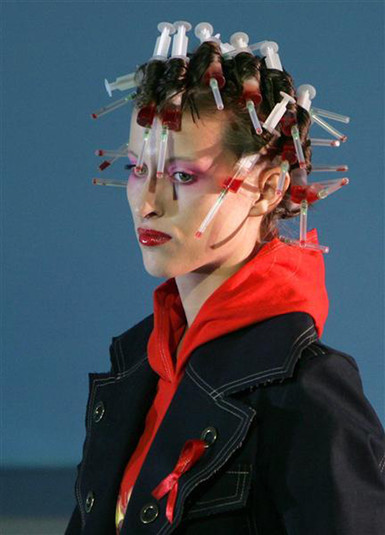 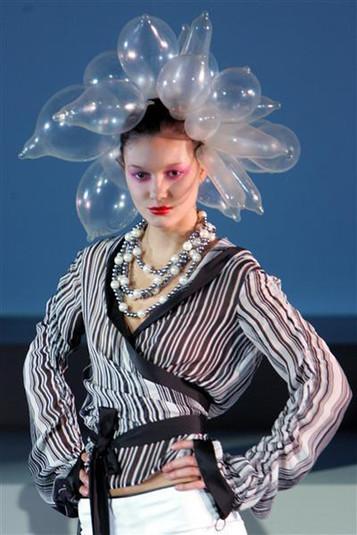 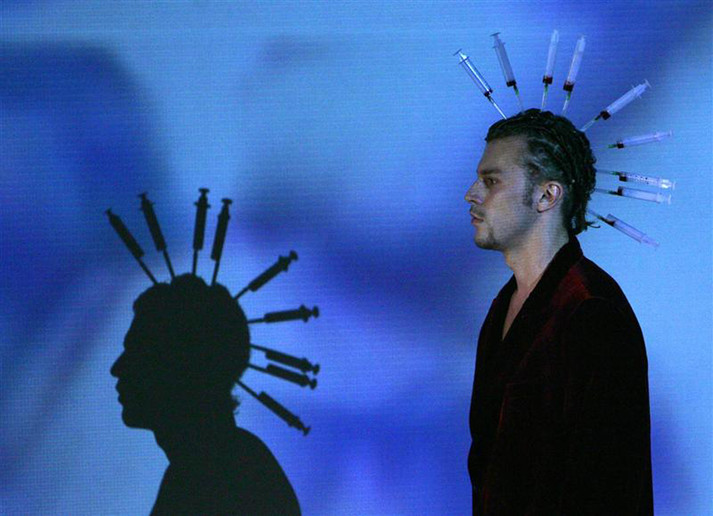 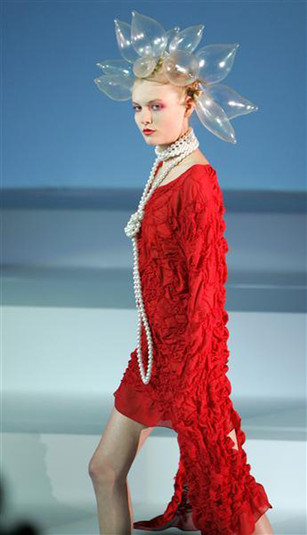 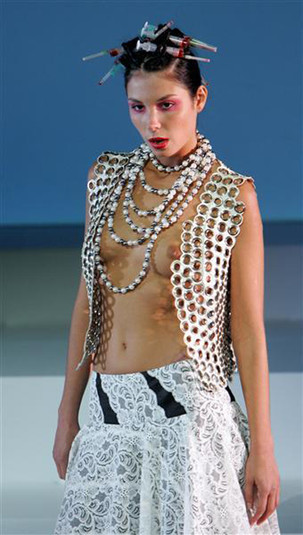 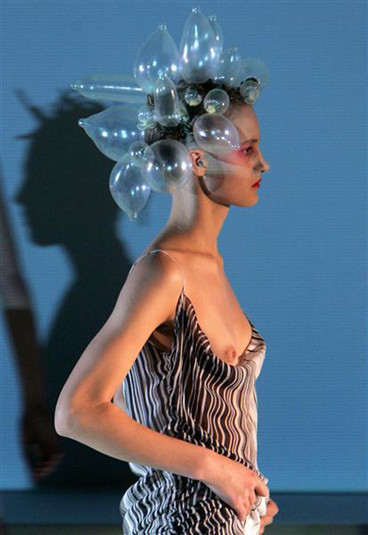 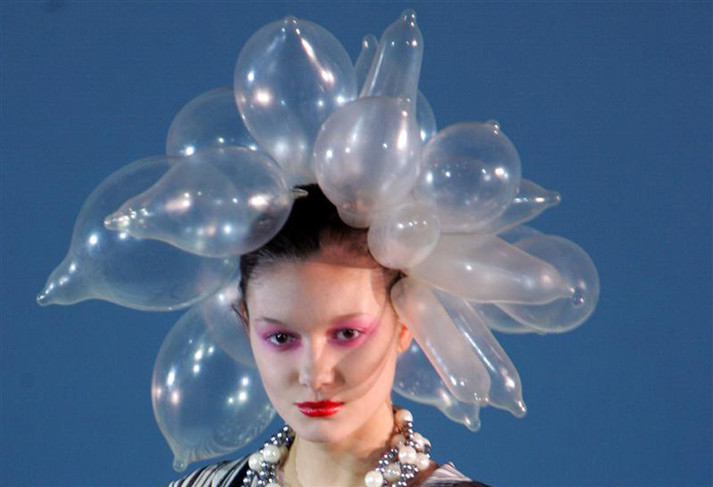