The famous Ukrainian sportsmen, musicians, designers and TV presenters put up for sale their time and talent to raise funds for new up-to-date equipment for donor blood purification. The charitable auction is organized by the Elena Pinchuk ANTIAIDS Foundation in partnership with Korrespondent.net. The biddings are held at the platform of Aukro.ua internet-auction. The delivery of the brightest "purchases" will be shown in "Exclusive" TV program at Noviy Channel.

The participants of the project shared the reasons of their participation and talked about blood safety and donor situation in Ukraine. In addition, right in front of TV cameras Yuriy Gorbunov, Dmitriy Kolyadenko and Gaitana picked three lots which they will put up for auction in the nearest time. Totally more than 100 lots will be auction till the end of the year

The project was launched on March,14th. At the presentation the organizers announced the bidding results of the first three lots. It summed up to 9 250 UAH.

During the first week of the biddings there were more than 40 000 visitors who looked through the charitable lots at the auction site. More than 2 000 readers of the Korrespondent.net read the article about blood safety problem in the specially created blog of the project.

"The task of the auction is to obtain funds, first of all, for purchasing vital equipment for Ukraine aimed to save thousands lives. Besides the fact that Ukraine will receive the unique equipment, we also hope to change the attitude of Ukrainians towards blood donations, to draw attention to the problem of blood safety and ensure that nobody in our country is getting HIV, hepatitis's B and C via blood transfusion. And today thanks to the charitable auction "Stars for sale" everybody can become the part of this project: famous people who put up for sale their time and talents; journalists who supported this important topic; and everybody who bid for the charitable lots,"- said Elena Pinchuk.

The editor-in-chief of the Korrespondent.net Yuliya Mc-Guffie stated: "It is very pleasant for us to be partners of the charitable auction "Stars for sale", its organizers set great noble goals. As socially responsible website, we are happy to help millions of our people who need blood transfusions. I am sure that the readers of the Korrespondent.net, the most popular news portal in Ukraine, will support this initiative.

To play golf with Andrey Shevchenko, receive stage dress of Ani Lorak, dance with Vlad Yama - now every Ukrainian can realize his dream! On an appeal of Elena Pinchuk ANTIAIDS Foundation the famous Ukrainian sportsmen, musicians, designers and famous TV presenters united to participate in unprecedented for Ukraine charitable on-line auction "Stars for sale". They put up for sale their time and talent to raise funds for new up-to-date equipment for donor blood purification. Thanks to this equipment, thousands of people who need blood transfusion will be protected from HIV and many other dangerous infections. All celebrity lots will be presented at Korrespondent.net and Aukro.ua sites, the delivery of the brightest "purchases" will be shown in "Exclusive" program at Noviy Channel.

The Elena Pinchuk ANTIAIDS Foundation will buy a unique equipment to inactivate viruses in donated blood - the first in Ukraine INTERCEPT equipment, for the Kiev Regional Blood Centre for the funds raised during the auction "Stars for sale". It provides 100 per cent purification from different viruses and bacteria in platelets and plasma that threaten the safety of donated blood. Post-disinfection allows to preserve/store the blood, reduce its downgrading (currently its level is 7% to 25%) and decrease the percentage of donors who are excluded from blood donation (today it is up to 10% of all donors).

This equipment will work to supply 11 clinics of Kiev with blood and blood components.

The same equipment installed and actively used already in Europe - for example, in France, Germany and Switzerland. More than 50 appliances work in the neighboring Russia. Thanks to celebrities and everybody who will take part in the auction such equipment will be introduced in Ukraine before the end of this year.

According to statistics every family at least once in their life in need of blood transfusion or blood components. A person having a traffic accident or a fire victim; a woman during childbirth; cancer patients may need donor blood. Unfortunately the state system of donor blood control is weak and imperfect. People who constantly need blood and blood components often infected with hepatitis's, herpes and syphilis. There are registered cases of HIV and other dangerous infections. According to unofficial data 90 per cent of people who are treated for hemophilia, i.e. they receive regularly a dose of platelets, are infected with hepatitis's of various forms. 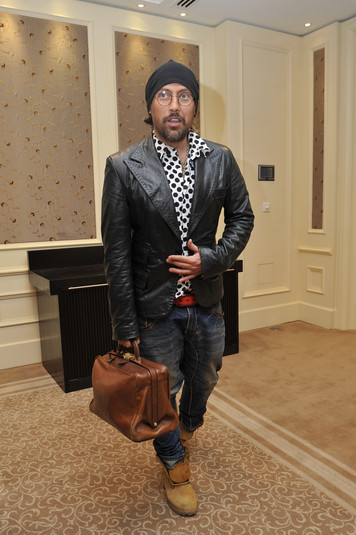 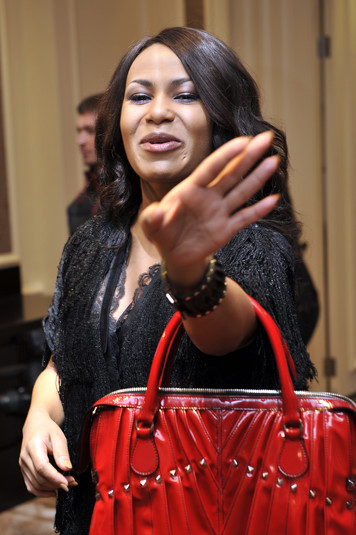 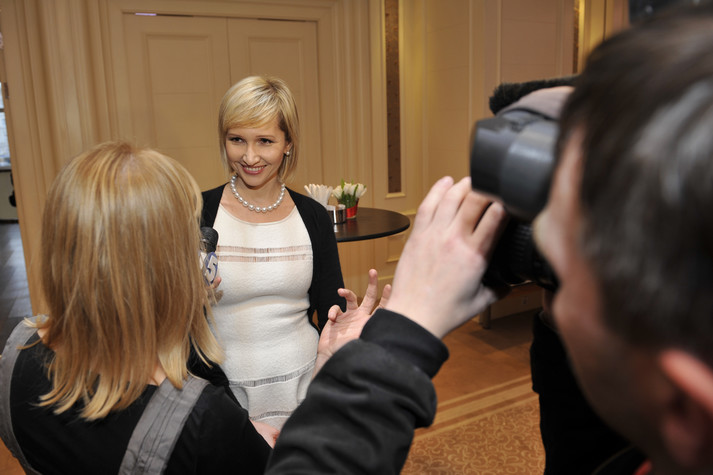 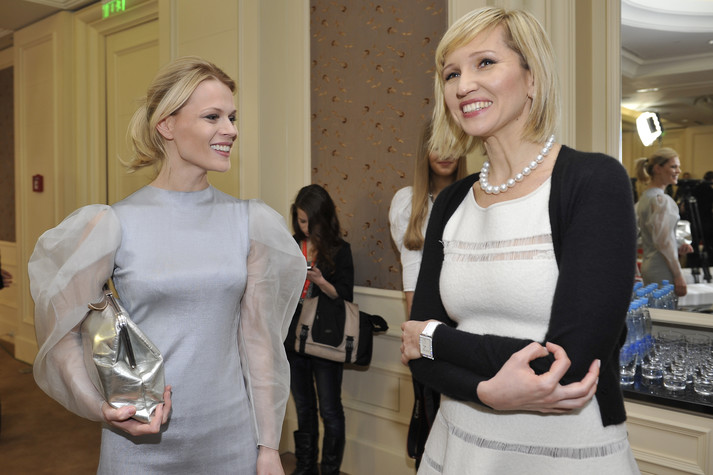 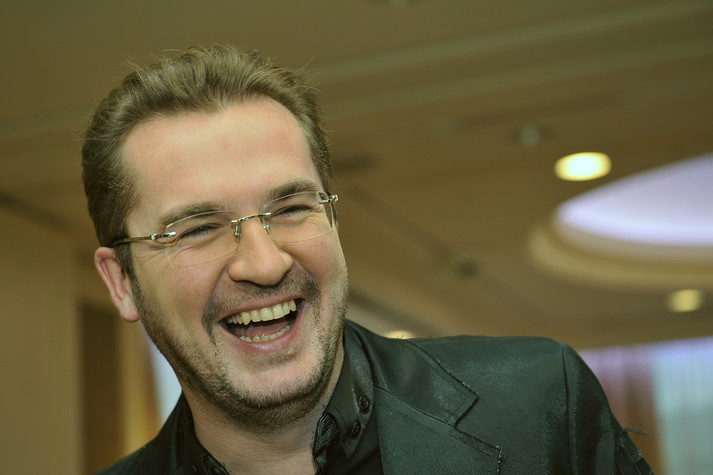 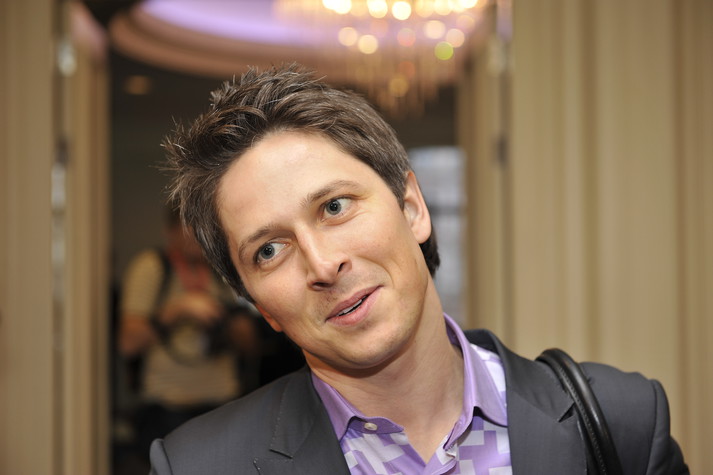 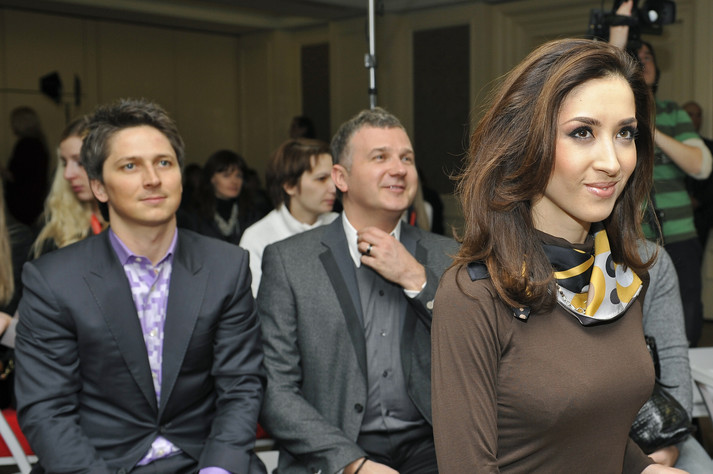 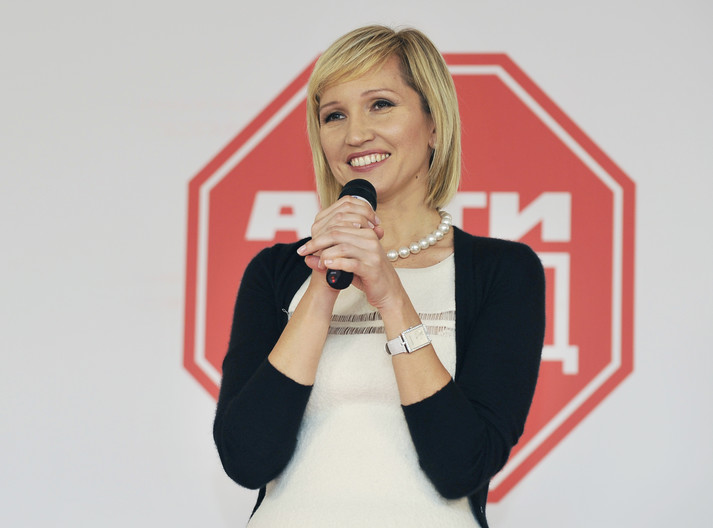 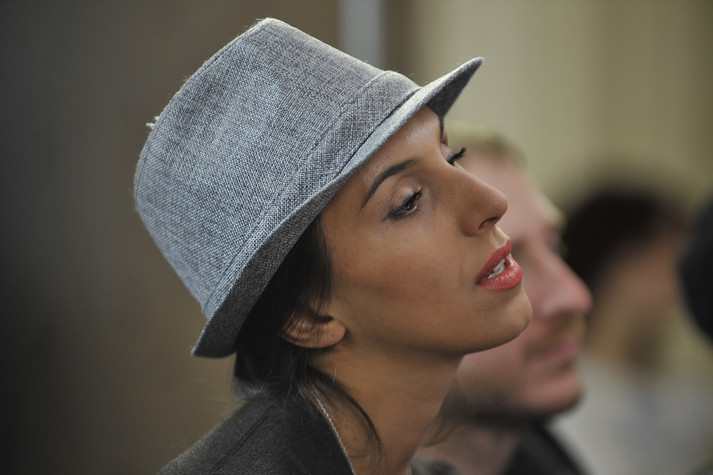 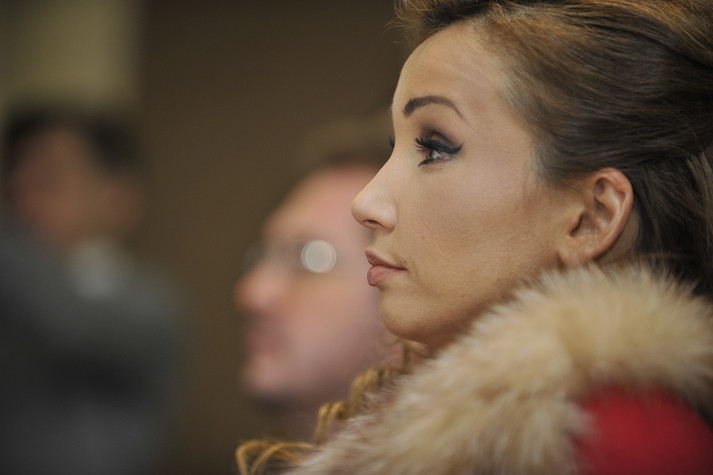 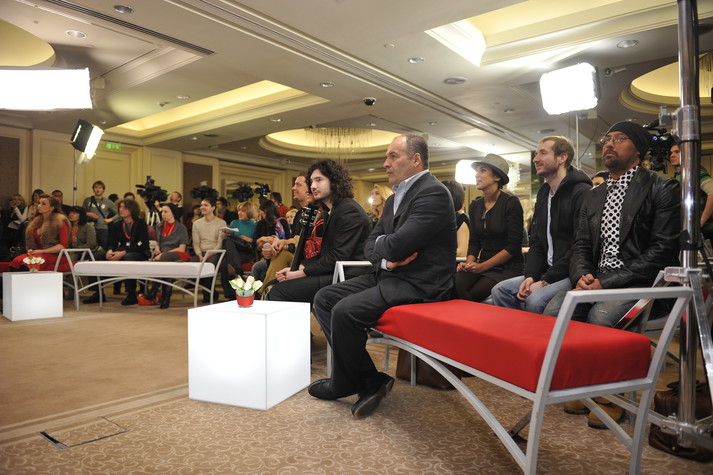 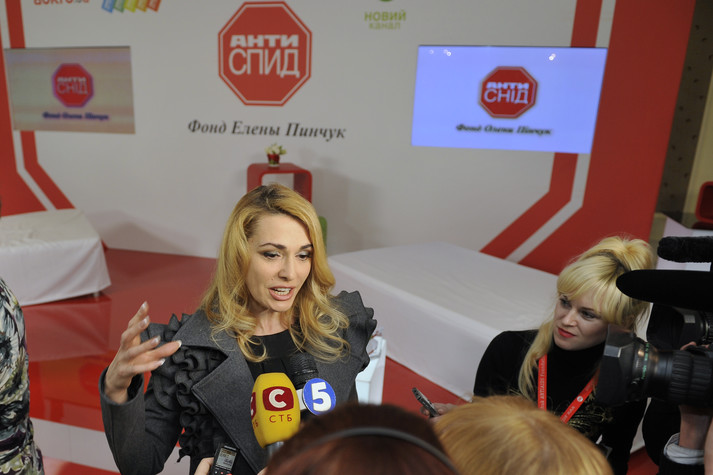 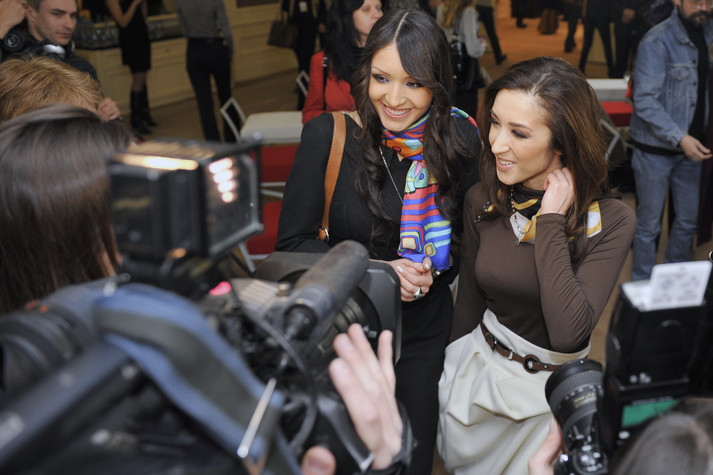 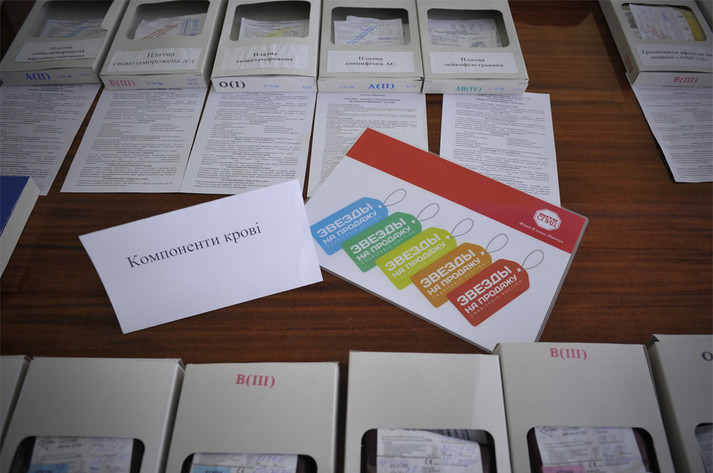 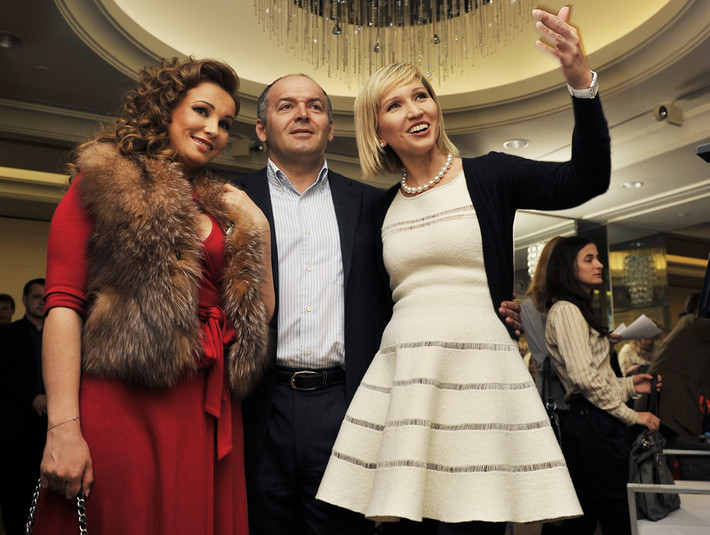 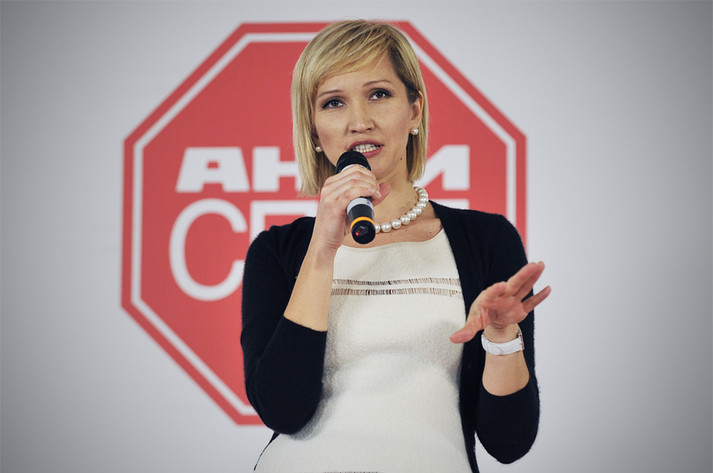 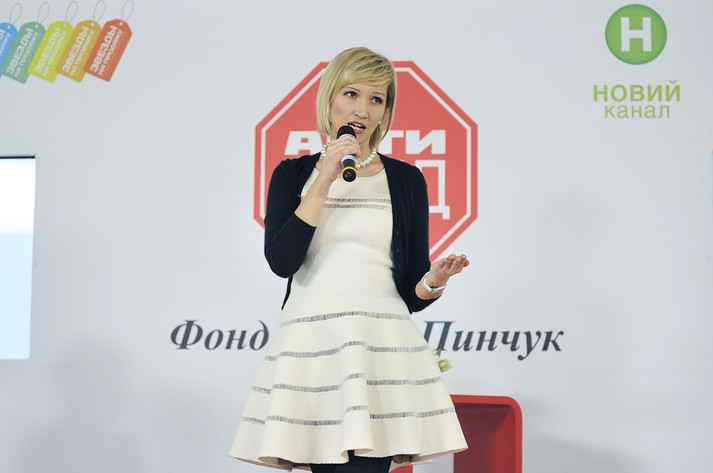 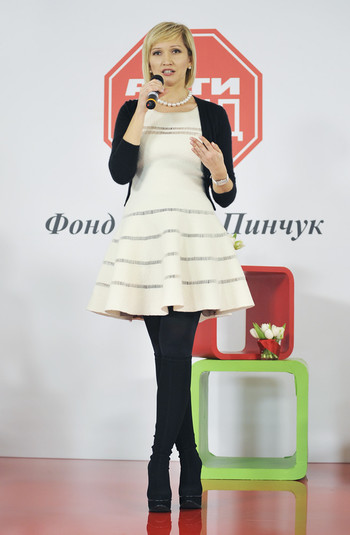 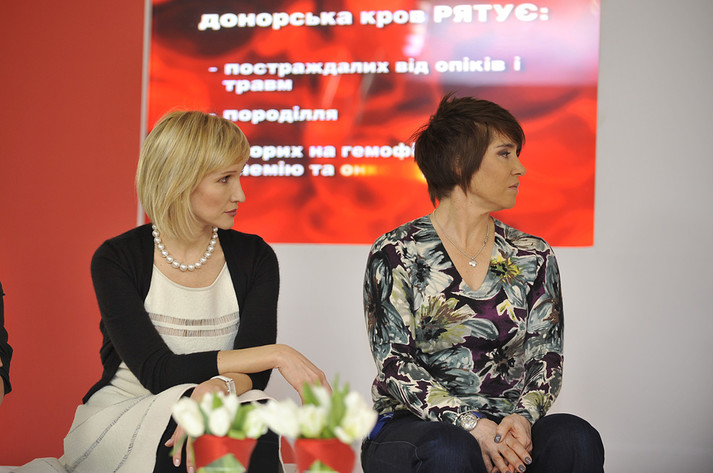 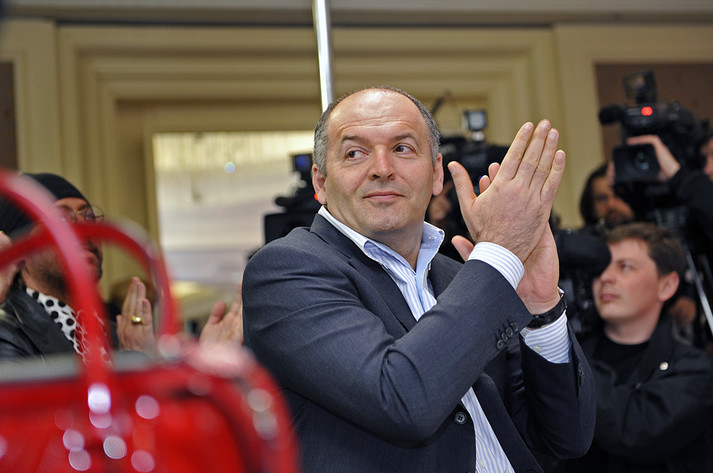 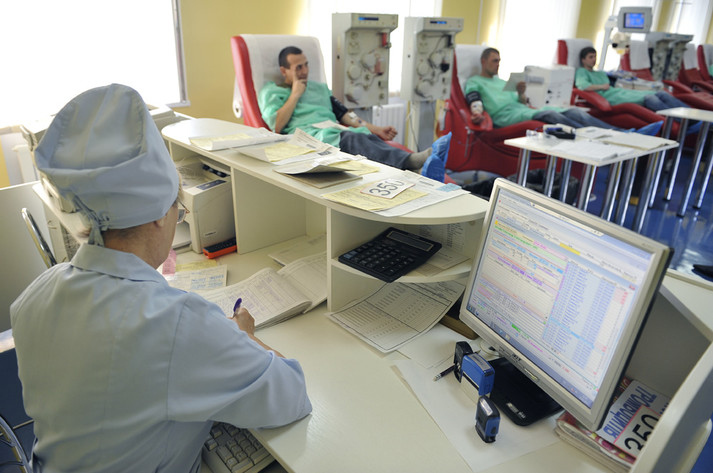 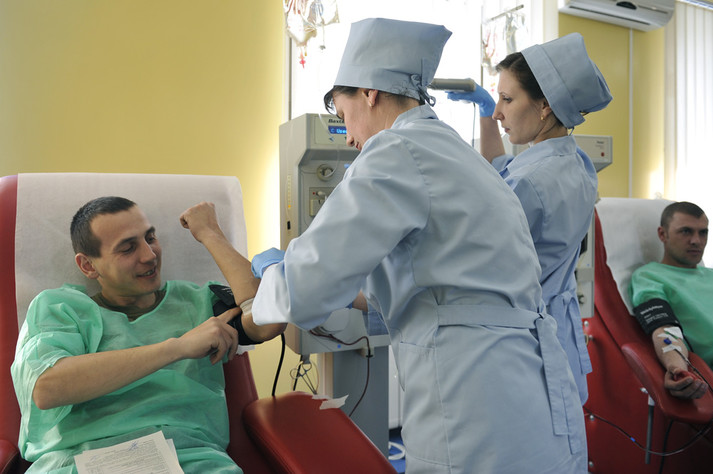 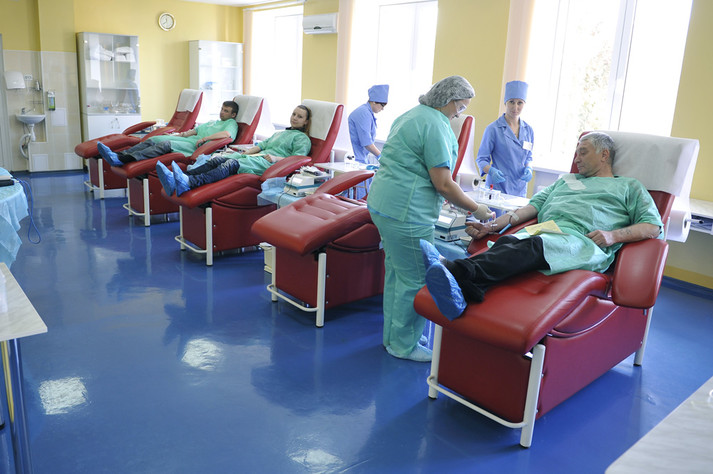 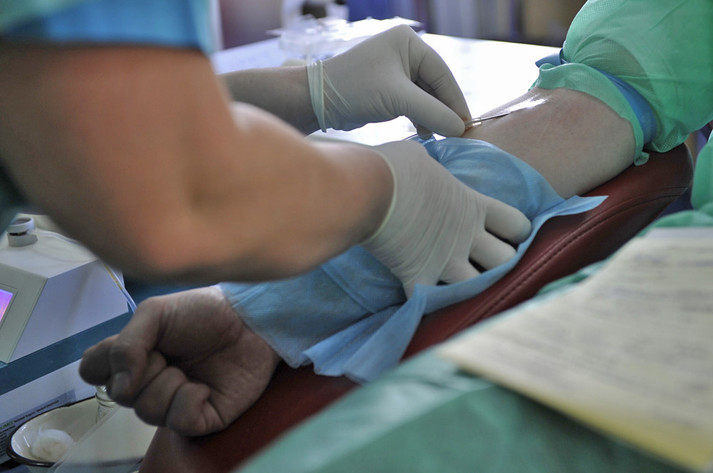 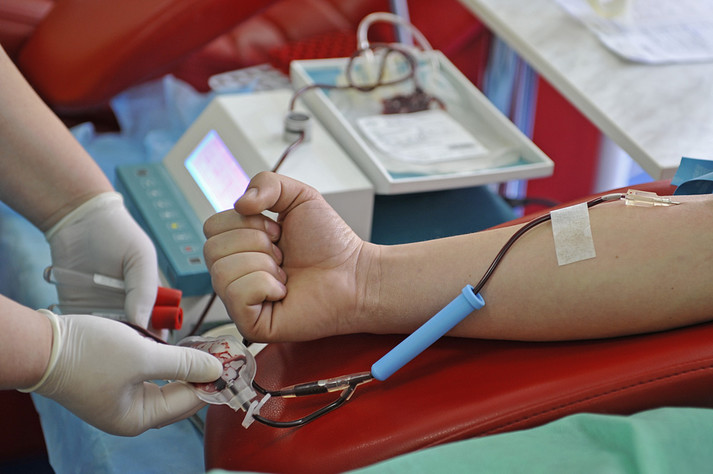 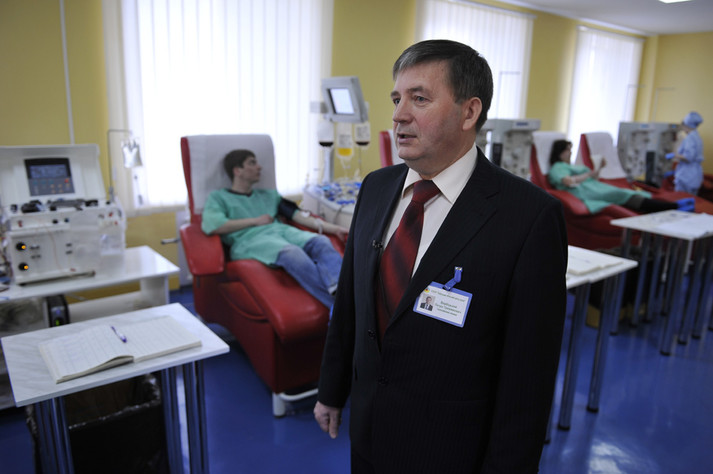 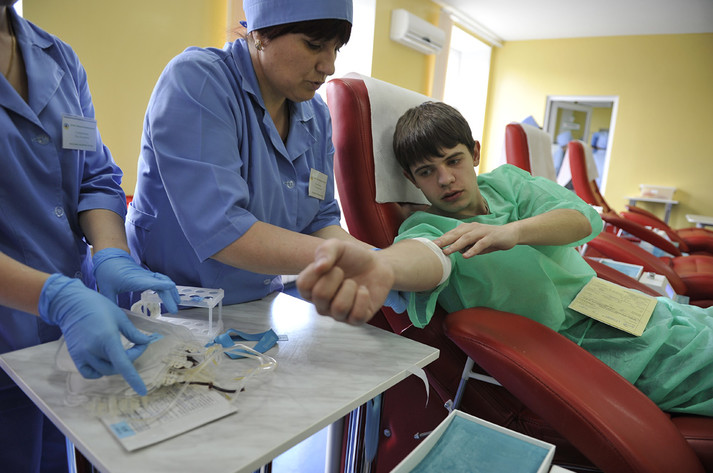