He thanked «IUD» President, Sergey Taruta, and appealed to the Ukrainian business to protect their clients and employees from HIV/AIDS. Famous diplomat that once had stopped the war in Bosnia called to open “the second front” for the fight against HIV/AIDS epidemic in Ukraine along with government and third sector. By this time 8 Ukrainian companies has already joined GBC.

“The most important responsibility of companies and businessmen involved in GBC is to save the life and health of their employees and clients, to arm them with the most effective weapon for the fight against HIV/AIDS epidemic – information.  They should teach them to be tolerant and sympathetic to those who were affected by these disease”, - Elena Pinchuk said while opening the meeting.

Due to HIV/AIDS epidemic business losses may be very considerable. According to the forecast about 3% of Ukrainians may be HIV-infected in 7 years. Today this rate has already achieved 1, 46%. According to social-economic forecast HIV/AIDS epidemic will lead to the 1 million decrease of Ukrainian population by 2014 year. 35% deaths among males and 65% deaths among females will be caused exactly by AIDS. It will lead to the 6% reduction of GDP and 9% reduction of total investments. By this time the fastest growing HIV/AIDS rates are exactly in industrial and economically developed regions – Donetsk, Dnepropetrovsk, Odessa and Nikolayev. In the future business will be faced with considerable labor force deficit.

“If the rates of HIV/AIDS epidemic growing will stay the same, you may lose 25% of population by 2025 year. The reduction of working-age population will be significant and business will be pressed by heavy taxation, - Martin Raiser, the World Bank economist, considers. – Government and business will have to spend millions of dollars for ARV treatment (to support people that will work at that moment) and millions of hrivnas for social payments. If business will finance the patients and their amount will be as expected, AIDS can destroy Ukrainian business”.

Vladimir Pozner, moderator of the discussion between Ukrainian businessmen and international experts, told about international experience of business participation in the fight against AIDS. He resumed the meeting with the words: “There is no “vulnerable group” anymore. All of us are at risk!”.

Richard Holbrooke is President and Chief Executive Officer of the Global Business Coalition on HIV/AIDS, Tuberculosis and Malaria (GBC). He assumed this role in June 2001, to lead the GBC in mobilizing the business sector.

In addition to his leadership at the GBC, Richard Holbrooke is the founding Chairman of the American Academy in Berlin, a new center for U.S.- German cultural exchange, the Vice Chairman of Perseus LLC, a leading private equity firm, and Vice Chairman of the Asia Society. He also serves as a Board Member of American International Group (AIG), The Coca-Cola Company, the Museum of Natural History, the National Endowment for Democracy, Human Genome Sciences and Refugees International.

Richard Holbrooke has played a central role in the development of U.S. policy toward the United Nations, the Balkans, Africa, the Middle East and humanitarian crisis issues with refugee populations and HIV/AIDS. He most recently served as the United States Ambassador to the United Nations, where he was also a member of President Clinton's cabinet. From 1994-96 he served as Assistant Secretary of State for European and Canadian Affairs, where he most notably lead negotiations for the historic Dayton Peace Accords (1995) that ended the war in Bosnia. In 1977, President Carter appointed him Assistant Secretary of State for East Asian and Pacific Affairs, a post during which he established full diplomatic relations with China.

He began his career as a Foreign Service Officer immediately after graduating from Brown University in 1962, where he held assignments in Vietnam and the White House. He was assigned as a Peace Corps director in Morocco in 1970, and in 1972 he left the Foreign Service to become Managing Editor of the quarterly magazine, Foreign Policy. 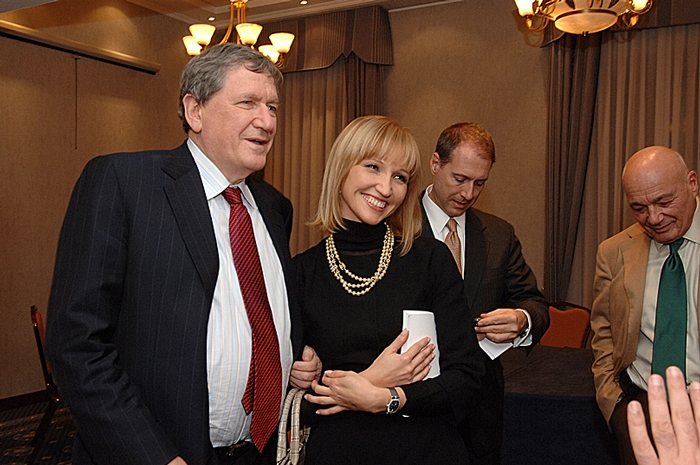 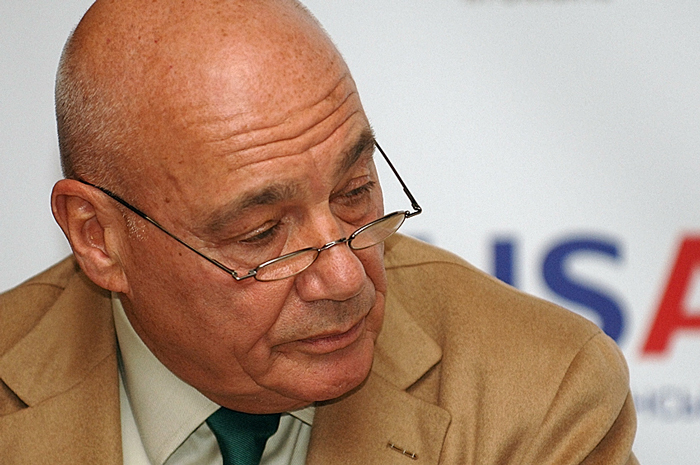 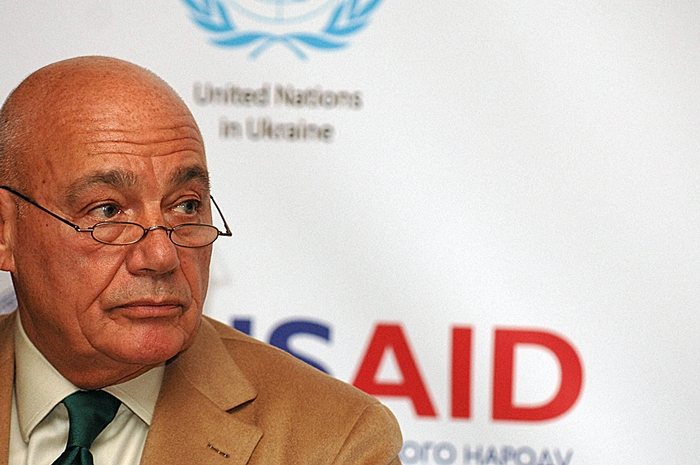 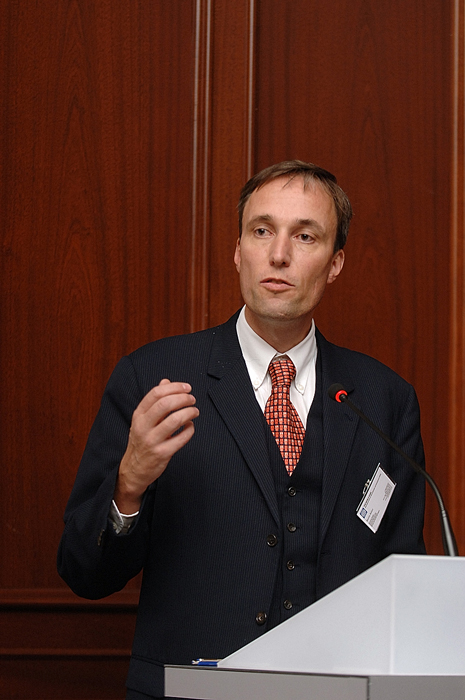 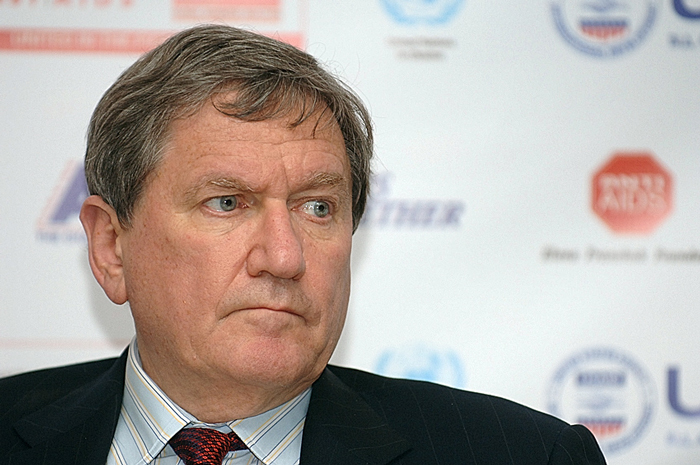 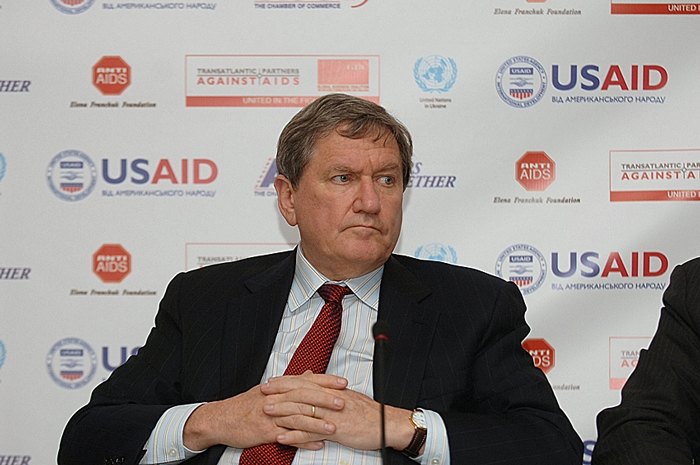 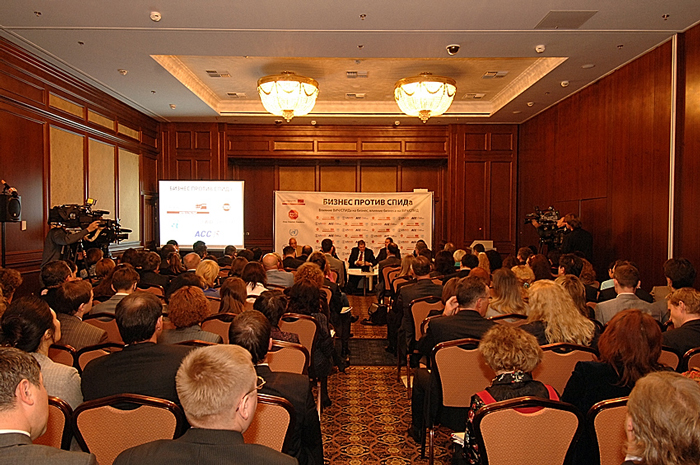 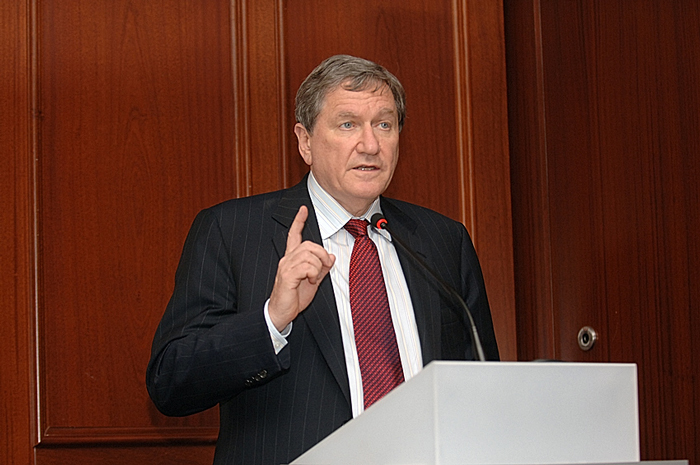 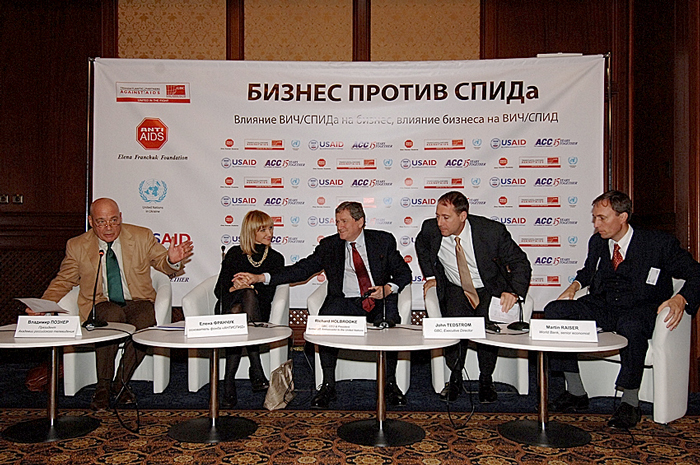 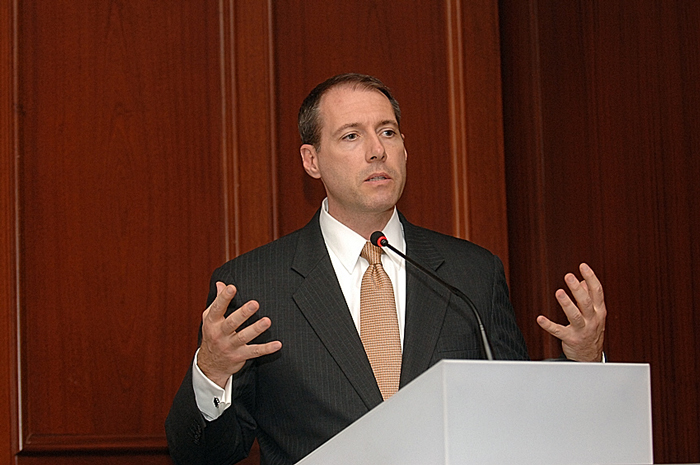 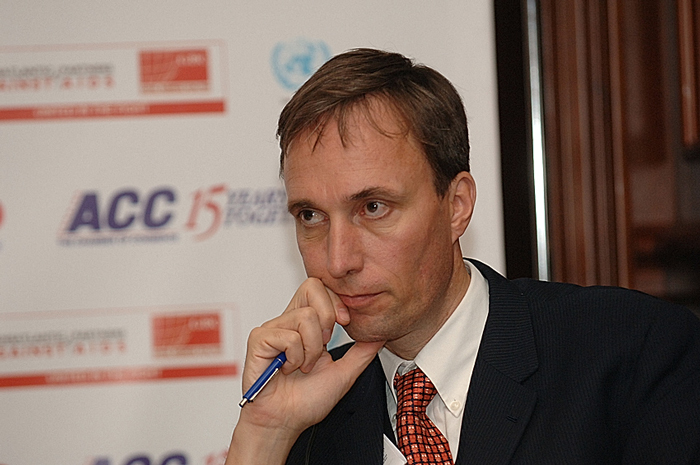 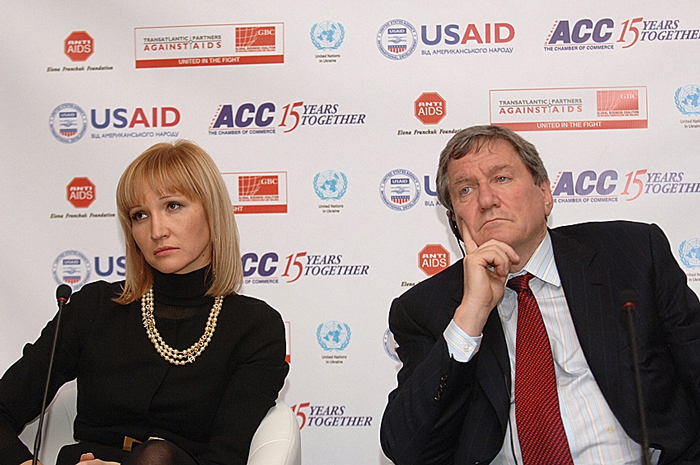 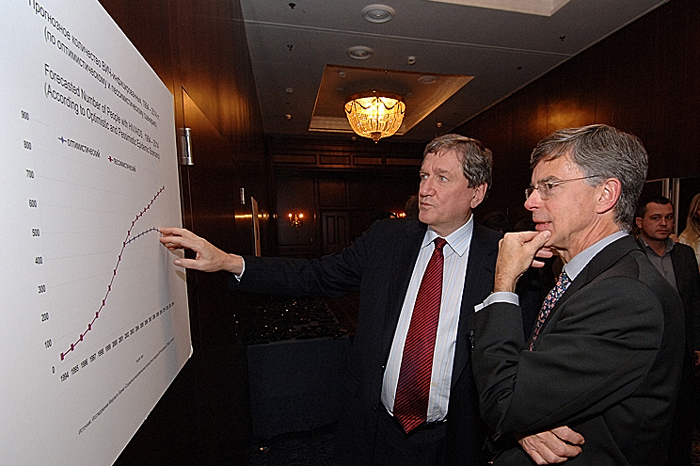 14 October, 2004 12:50
Meeting with the leaders of Ukrainian business and GBC members