“Coca-Cola is a modern, youthful, friendly brand that gives joy and sense of unity. Celebrating the 100th anniversary of our legendary bottle via #CokeBottleStory art-contest we wanted to give young people a little creative inspiration, give an opportunity to tell their story in this difficult time. Looking at the bright, cheerful work that we have received, we can surely say that the participants felt our brand well and we appreciate their ideas, which now get a long life in the collection of FashionAID t-shirts. Ukrainians will be able to not only buy stylish t-shirts, but also join a good cause," said the Roger Gauntlett, General Manager of “Coca-Cola Ukraine”.

Both professional designers and young talents participated in the contest, wanting to join the cohort of famous artists, whom the iconic contours of Coca-Cola bottle inspired to create masterpieces in design and photography, fashion and film, cartoon art and installations.

"Art competition from Coca-Cola is an important premise for youth to start working without any obstacles and develop their creativity. The contest received numerous interesting works, and some of them even surprised me. Even if only half of the ideas are original, this is a great achievement for a creative project and for the brand with a 100-years history,” said Ganka Tretyak, the Chairman of the Jury.

In the end of the award ceremony an open lecture "Behind the Scenes of CokeFashion" was held. Svitlana Ostrovska, fashion critic and Kiev Fashion Institute lecturer, followed the path of Coca-Cola in fashion from the twentieth century to present day. Jean Paul Gaultier, Karl Lagerfeld, Gianfranco Ferre, Manolo Blanc, Moschino are just a few of dozens of well-known designers who were inspired to create fashion masterpieces by the smooth lines of iconic bottle.

History of the Legendary Contour

In 2015 Coca-Cola celebrates 100 years of the Coca-Cola glass bottle. An official patent on the shape of the bottle was registered by the Swedish glassblower Alexander Samuelson on November 16, 1915. Before the invention of the bottle contour, the drink was poured into standard containers and it cost 5 cents per serving. But after 1915 the bottle gained its corporate identity with smooth curves, which is famous to this day. The original shape of the bottle became a kind of quality mark of the Coca-Cola and has protected the product against counterfeiting. In the original bottle one can buy only original Coca-Cola.

Samuelson worked in the studio of the Root Glass Company, which was one of the 30 participants in the contest to create a new Coca-Cola bottle. According to the brief for the packaging design, the company needed a bottle "so expressive, so you can recognize it just by touch, and so unique that you would recognize it, even if the bottle is shattered into pieces." The prototype of the bottle’s shape was cocoa beans, the illustration was found in The Encyclopedia Britannica of 1913 edition. Designers expanded the bottom of the bottle to make it more stable. Subsequently, the customer made a small change in design: reduced central bulge of the bottle to make it more stable and placed the Coca-Cola logo on it. Since then, the Coca-Cola bottle is an admitted combination of elegant form and utility, iconic contour, which is hard to confuse with others.

Co-organizers of the contest are Youth Association of the Union of Designers of Ukraine “VARTO” and “Coca-Cola Journey” portal. Partners of the contest are Elena Pinchuk ANTIAIDS Foundation, FashionAID portal and "Company Novella", an official distributor Wacom in Ukraine, providing gifts to the winners. 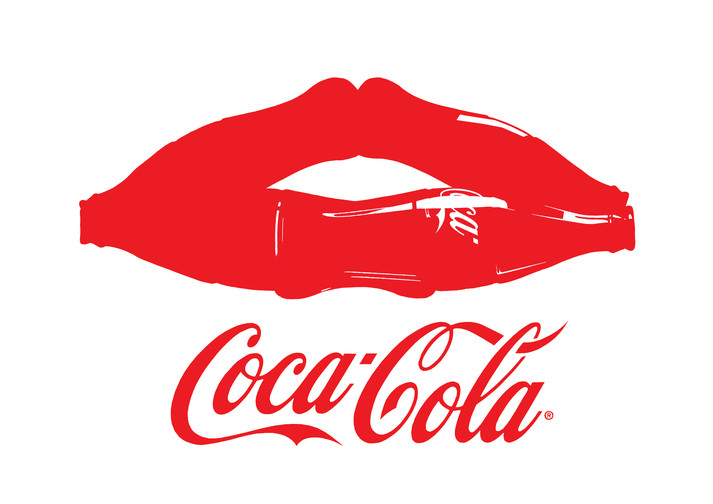 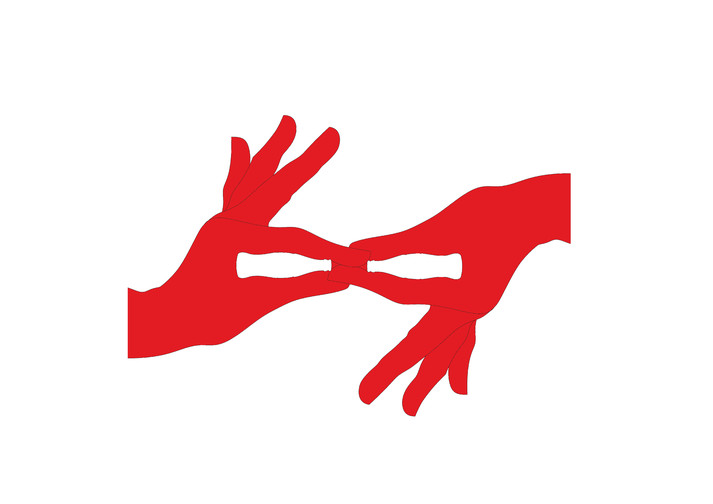 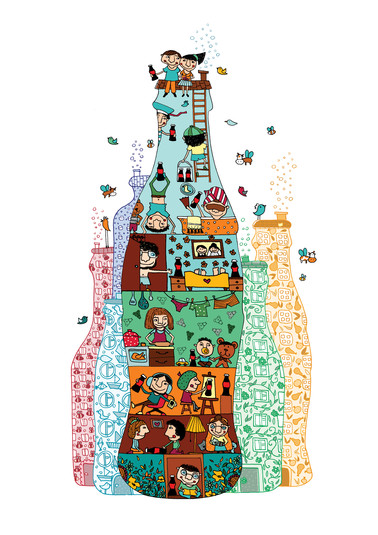 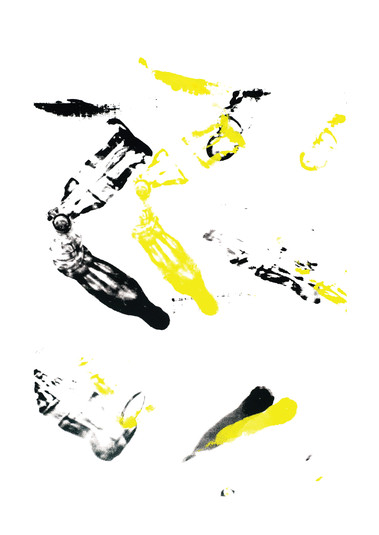 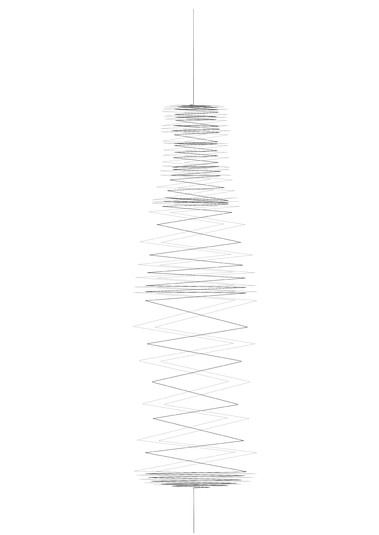 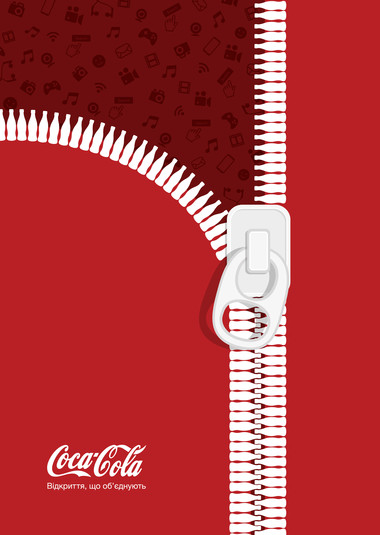 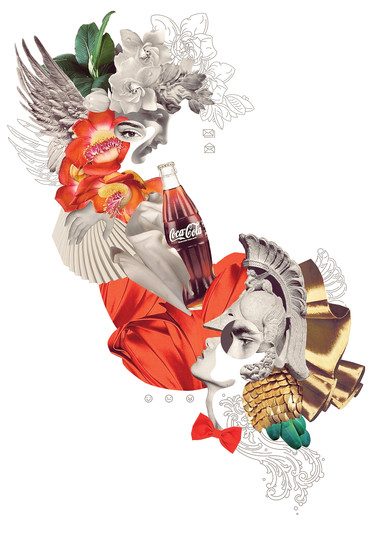 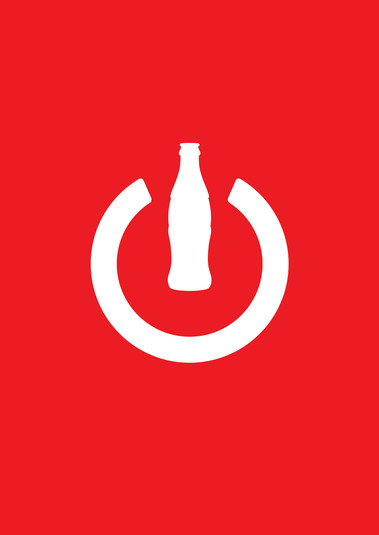 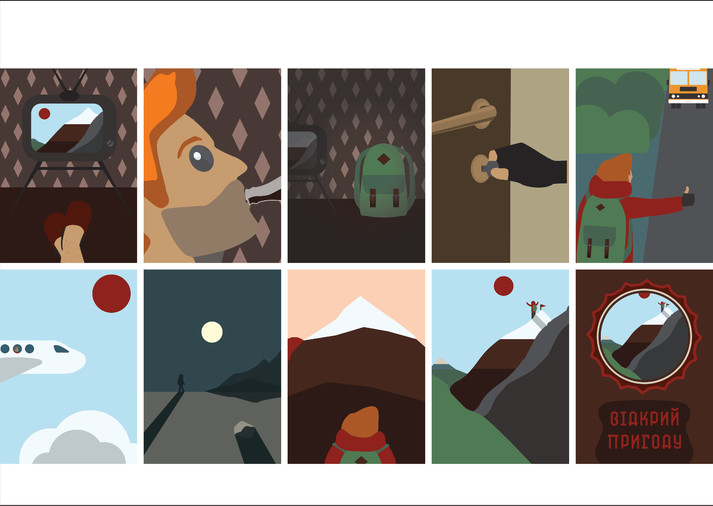 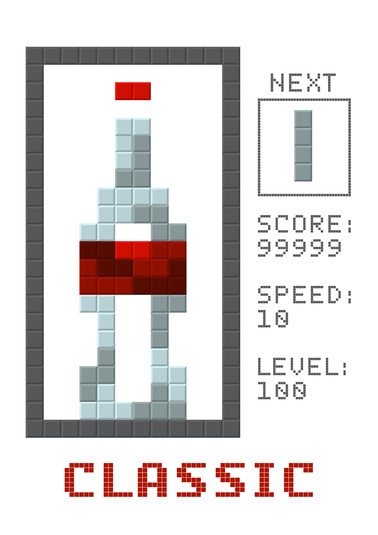 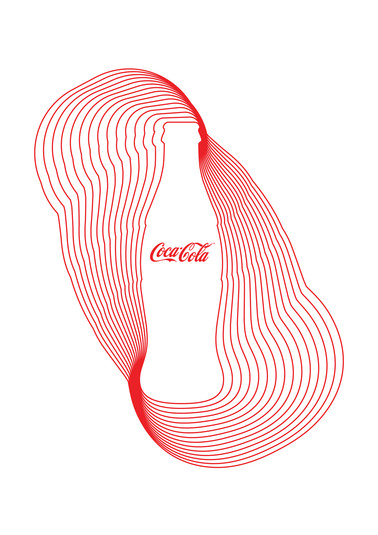 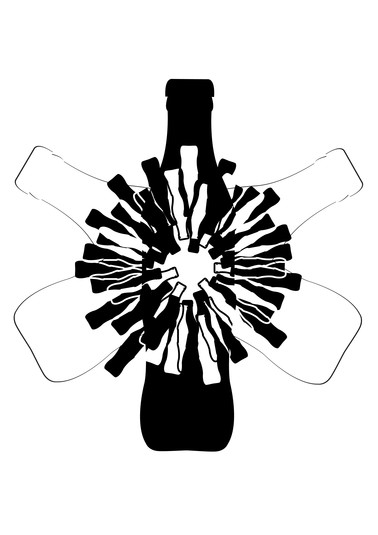 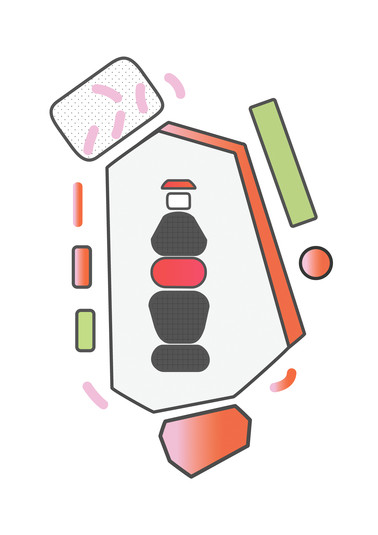 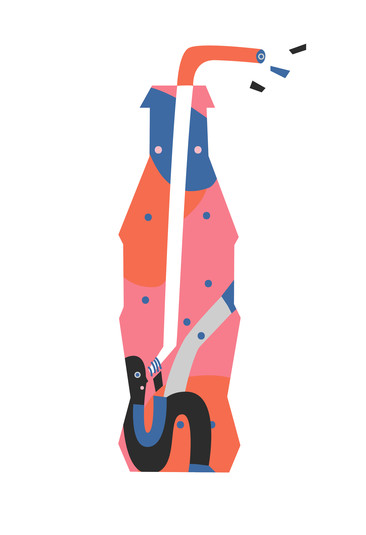 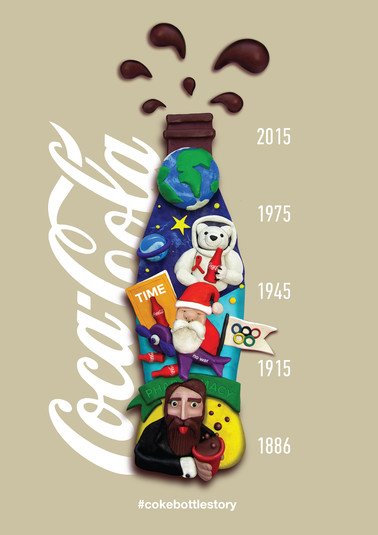 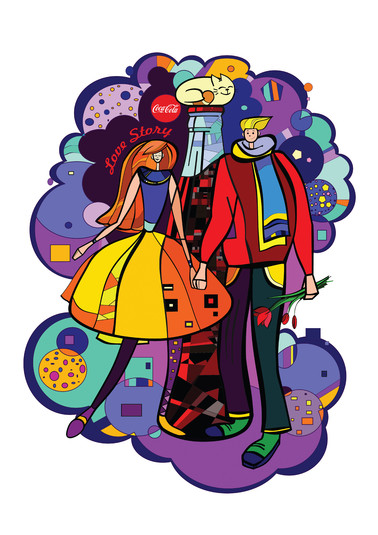 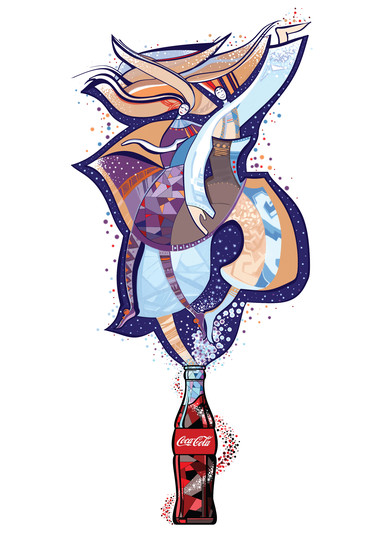 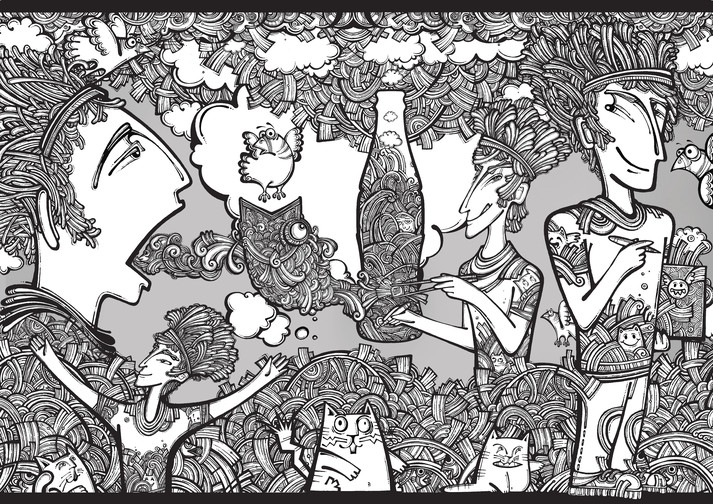 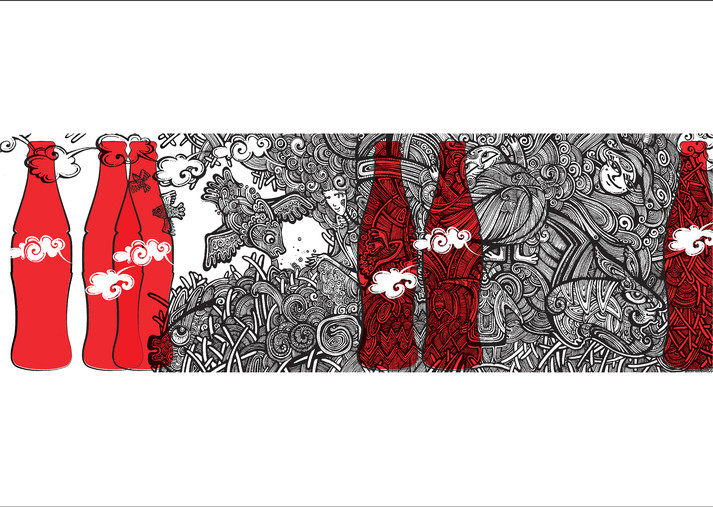 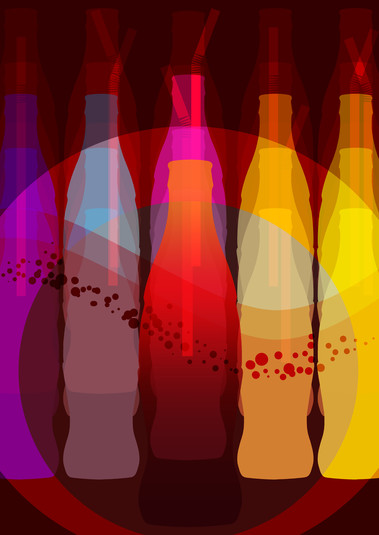 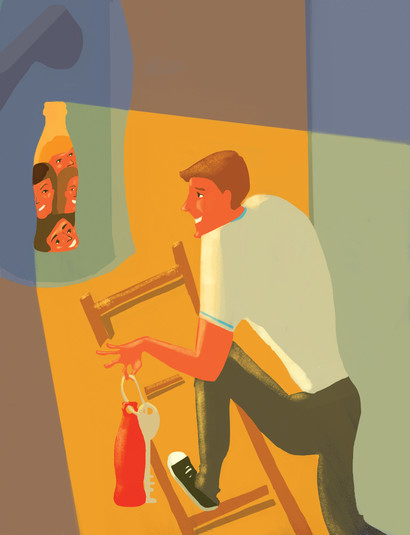 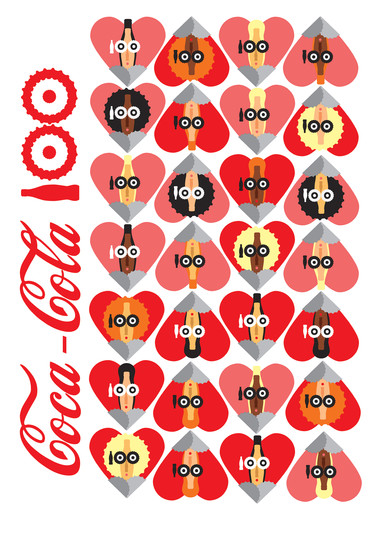 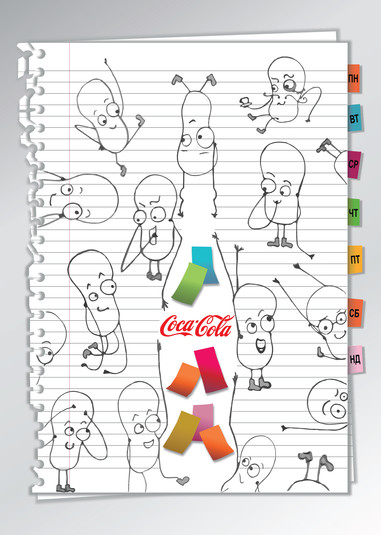