Designers who created social collection AIDS Army Fashion and celebrities who stepped out at the catwalk for its demonstration departed from Kiev as a part of mobile units' teams. Four carefully chosen celebrities were honored to present mobile clinics in regions as ANTIAIDS' goodwill ambassadors. Founder of the ANTIAIDS Foundation Elena Pinchuk and the Head of Klitschko Brothers Foundation, Box-World-Champion Vitaliy Klitschko visited specialized hospital for HIV-positive children in Kiev. They presented mobile clinic assigned for this hospital and spend time with little patients of this hospital. As a sign of gratitude for help, children presented drawings made at the lessons of art – therapy to the guests.

Founder of the ANTIAIDS Foundation and inspirer of the project "Mobile clinic" Elena Pinchuk appealed to the public gathered on Mikhailovskaya square and thanked people whose united efforts made this event possible – active participants of the auction, Vitaliy and Wladimir Klitschko, designers and defile' participants. "We understand that specialized clinics are located mainly in the big cities. But AIDS is everywhere. Everyone has right to be protected from AIDS no matter where he lives. That's why this project is the step towards equality in the main human right - the right for life. And the most important that the main beneficiaries are children", – Elena Pinchuk highlighted.

"The aim of civil society is to look after its health, to take care of helpless people. I am thankful to the ANTIAIDS Foundation and to Elena Pinchuk for constancy and selflessness in the fight against AIDS and I'm proud Klitschko Brothers made their input in this noble act. Our joint efforts is a strong evidence that charity and kindness in Ukraine is not a mere words but logical steps from words to the concrete results, from announcement - towards real help", – Vitaliy Klitschko said.

Mobile clinics will work in the most affected regions of Ukraine. According to the official data as of 01.10.08 7, 7 thousands of children born to HIV-positive mothers were registered in Ukraine. 1 586 children live in Nikolaev and Odessa, 1 327 – in Donetsk, 1 280 – in Dnepropetrovsk, 800 – in Kiev and Kievskaya oblast, 500 – in Crimea (including Sevastopol). Clinics are donated to AIDS Centers in Crimea, Dnepropetrovsk, Donetsk, Nikolaev/Odessa, and to specialized hospital for HIV-positive children in Kiev. Specialists of Kiev mobile clinic in addition to looking after Kiev and Kievskaya oblast will conduct regular trainings for medical staff from different regions of Ukraine and consult in the regions not covered by the work of mobile clinics.

The cost of one mobile clinic is more than 100 000 USD. Each auto Mercedes Vito is equipped with up-to-date medical techniques: portable ultrasound device, device for taking blood pressure, weight-scales, wheelchair, ophthalmoscope and all consumables necessary for the duration of one year. All clinics are covered with insurance. Mobile teams of multidisciplinary specialists will operate under the ANTIAIDS foundation' grant to the AIDS centers and local NGOs.

Starting from 1987, over 15 000 children were born to HIV-positive mothers. On 1 October, 2008 HIV diagnosis was confirmed only for 1 877 children, 5 828 children are monitored (HIV diagnosis for children confirmed after certain period). 1 093 children treat ARV therapy. The highest number of children with HIV diagnosis is registered in Donetsk, Dnepropetrovsk and Odessa.

This data of Ministry of Health demonstrates only officially registered cases. Not all children at risk for HIV are reflected in the statistic data. Homeless and street children are not part of the official statistics. According to the experts estimation 300 000 children are living and working at the streets today. About 115 000 of them can be HIV-infected (UNICEF data, 2006).

Ukraine has a trend towards annual rise in the number of HIV-positive pregnant women. Today our rate is the highest in Europe – 0,52% of the total amount of pregnant women. In some regions of Ukraine this figure runs up to 1%. For comparison: in 1996 this rate was 0,08%. The tendency keeps negative – annually the amount of children born to HIV-positive mothers increases for 20-30%. In 1997 year 196 children were born to HIV-positive mothers, in 2007 this amount runs up to 3 356.

October, 2007. Fresh wind of the project Fashion AID: Ukrainian celebrities together with HIV-positive people stepped at the catwalk of UFW. For the first time in Ukrainian fashion history present Miss World 2006 – Tatyana Kucharova - took part at the defile. "HIV/AIDS is not a verdict. Live is going on! And the happiness is real!" - 38 designers claimed and presented wedding collection Love Fashion AID. It symbolized hope that lived in the thousands hearts of HIV-positive people. This collection broke the record of Ukrainian charitable auctions - 535 000 USD were raised during the biddings.  Funds were directed for the reconstruction works of Lavra clinic that is the basis of research activities and treatment of the most difficult HIV/AIDS cases in Ukraine. Intensive therapy unit of the clinic was equipped with the latest technics. Doctors got consumables necessary for equipment' functioning during the year and means of individual protection. But the most serious purchase was device necessary for HIV-positive people immunity status analysis (particularly CD-4 lymphocytes). And it is the first device in Ukraine which represent new generation of labware. Part of the sum was directed for the reconstruction of the Kiev maternity hospital where HIV-positive women stay.

October, 2008. ""Everybody in the war against AIDS!" – best Ukrainian designers appeal and on October, 20 demonstrated at the catwalk of Ukrainian Fashion Week (UFW) the third social collection named AIDS Army Fashion in the context of the project Fashion AID dedicated to the fight against AIDS. 32 designers took part in the joint-project of Elena Pinchuk ANTIAIDS Foundation and UFW and created military-style items. Opinion leaders of politic, show-business, TV and sport were mobilized for this social action by ANTIAIDS Foundation. This project is social that's why for its organizes is very important to invite for defile not only professional models but opinion leaders, Olympic champions, celebrities and TV stars. All participants of the project jointed their efforts in spite of the difference in their politic and corporative positions. They are not indifferent to the future of Ukraine and lives of HIV-positive Ukrainians. Their example can draw attention of millions Ukrainians to this problem.

Klitschko Brothers Foundation is a Ukrainian charitable organization founded in August 2003 by Vitali and Wladimir Klitschko. The main Foundation's goals are popularization of healthy life-style, assistance in sport development, support of talented youth, informative campaigns for new generation. The Foundation activities aim to the school-age children first of all, students, energetic and thinking youth aimed to be successful in the life, to be occupied with favorite work and to become a professional. 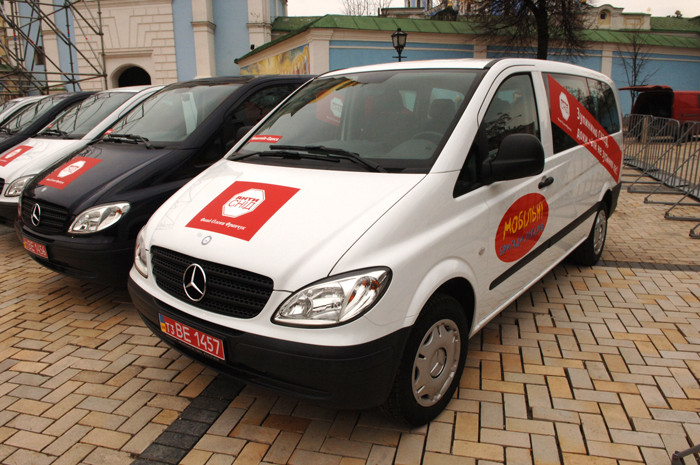 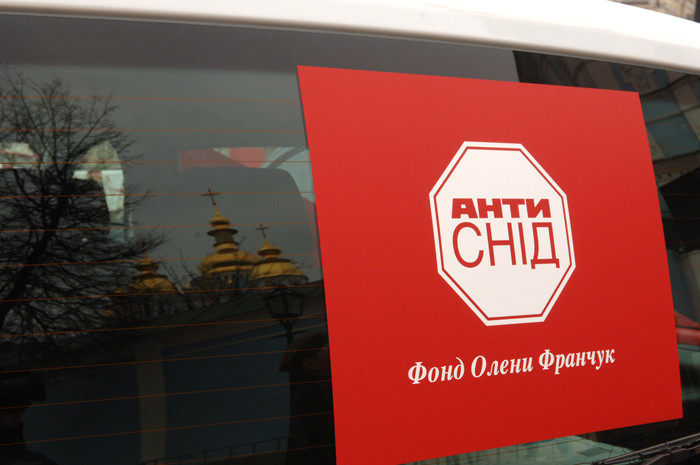 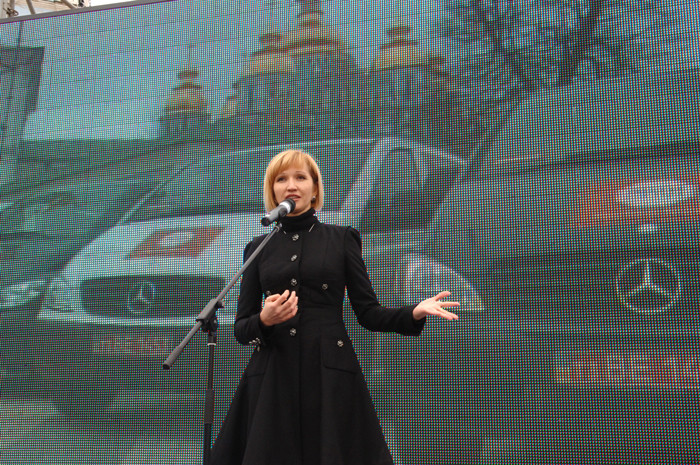 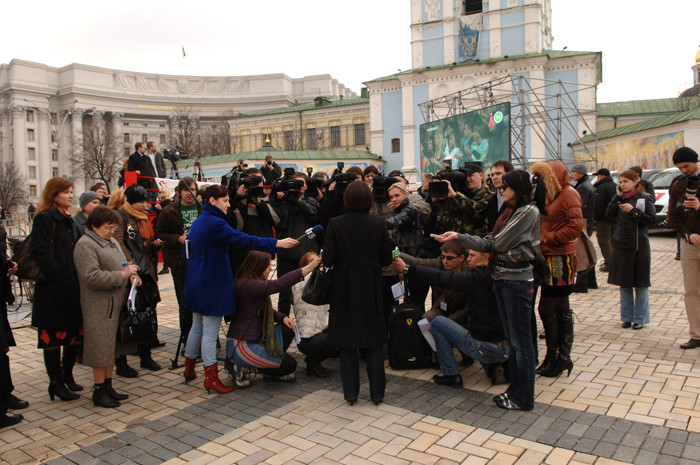 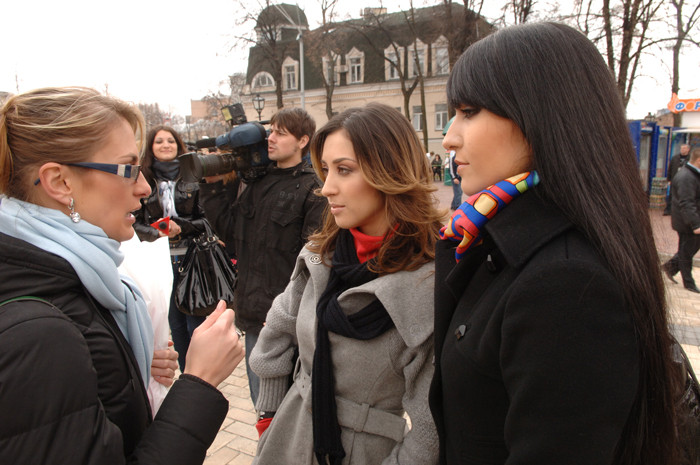 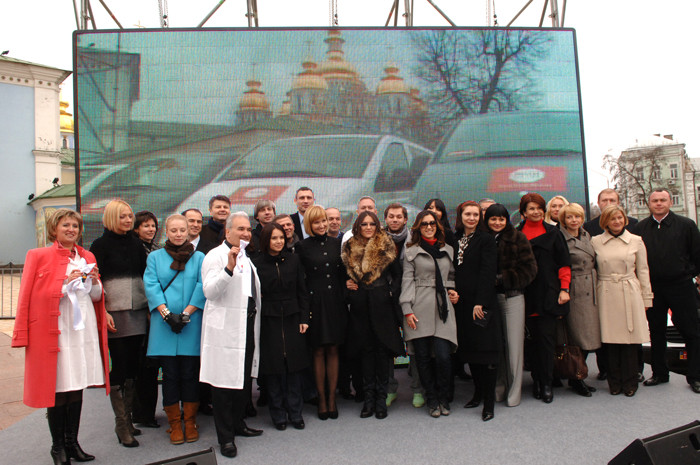 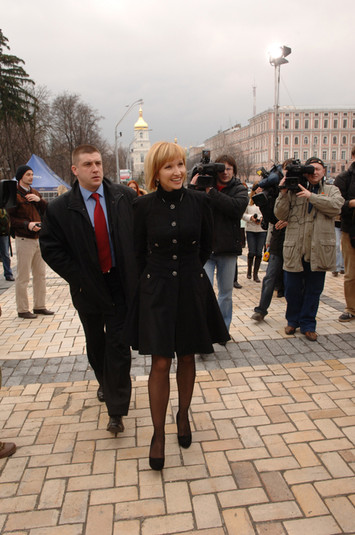 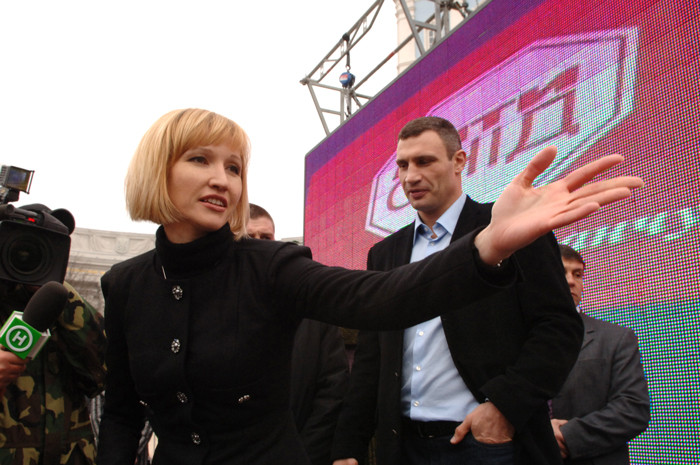 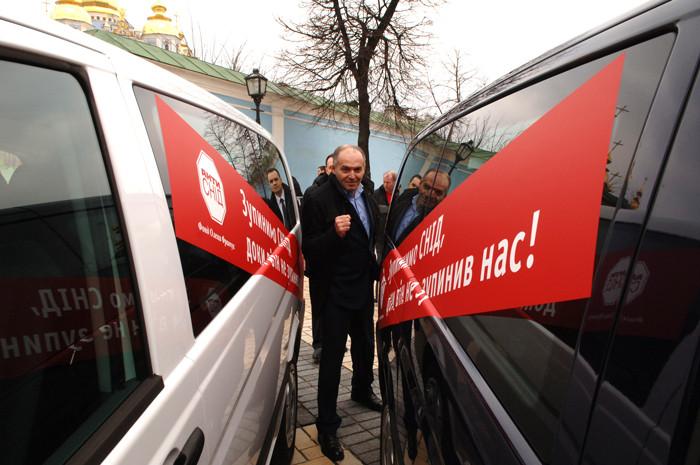 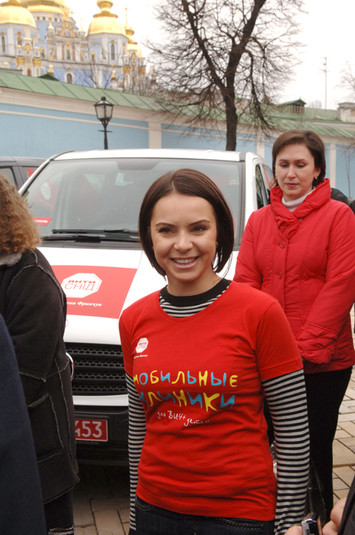 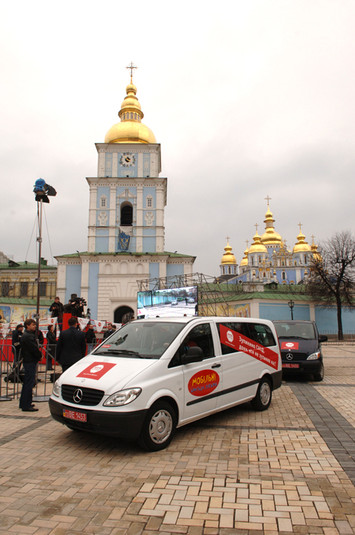 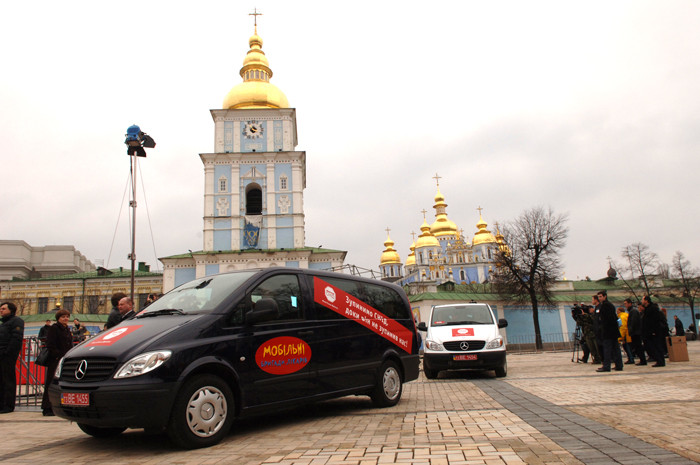 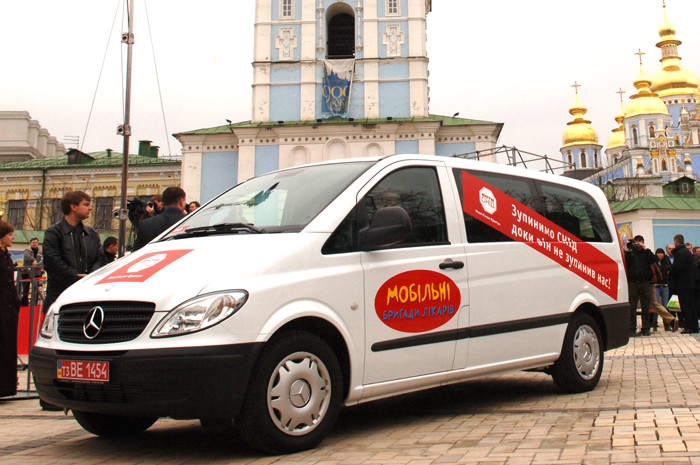 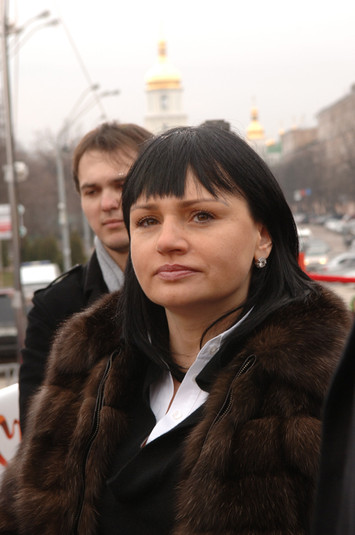 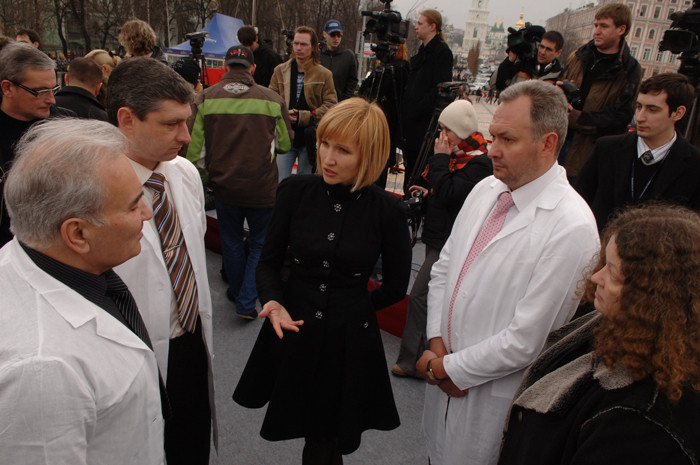 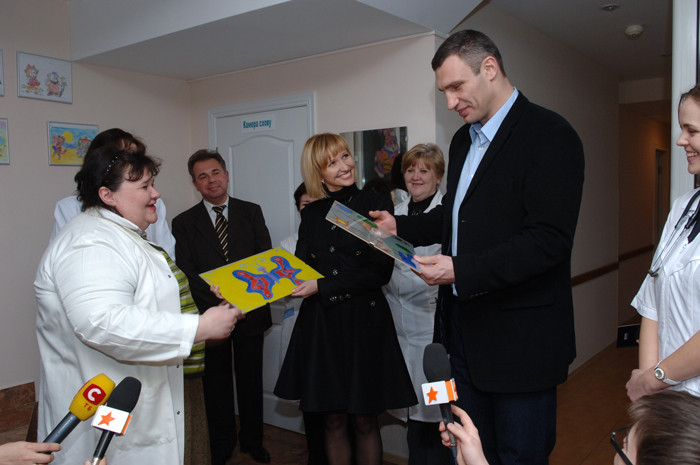 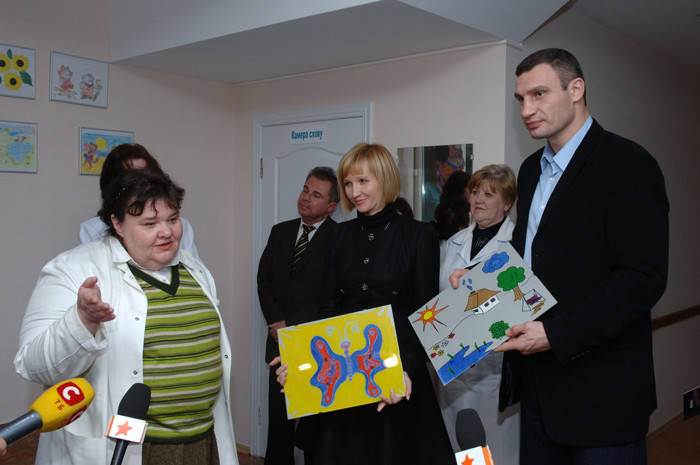 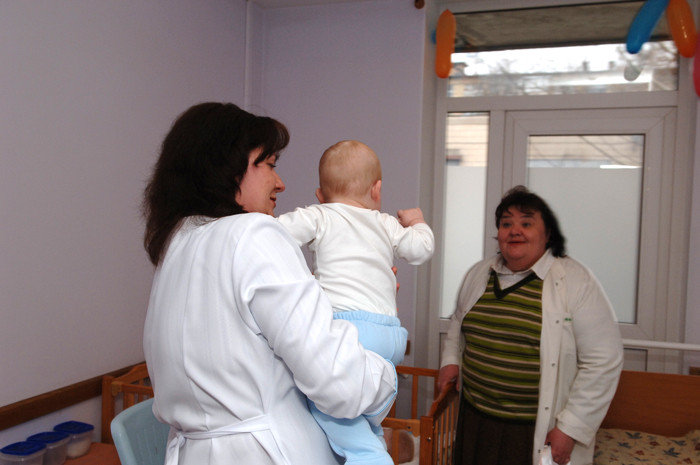 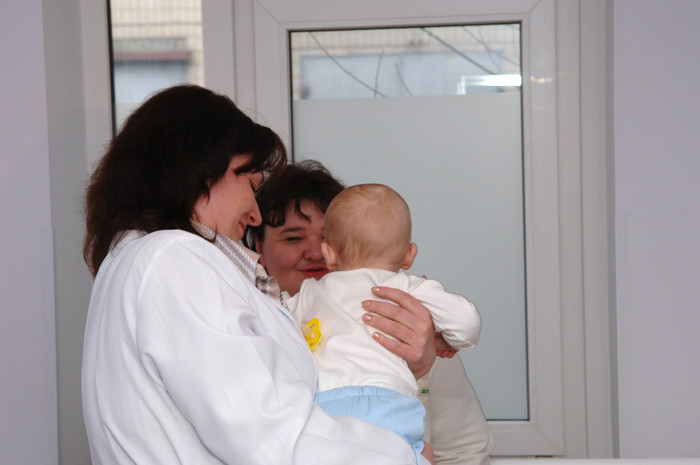 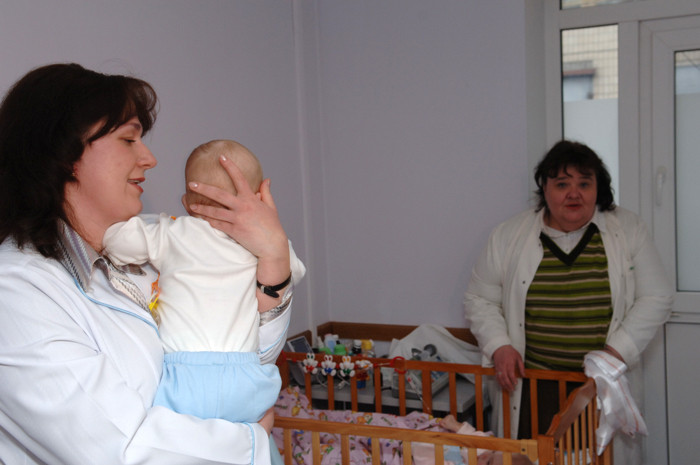 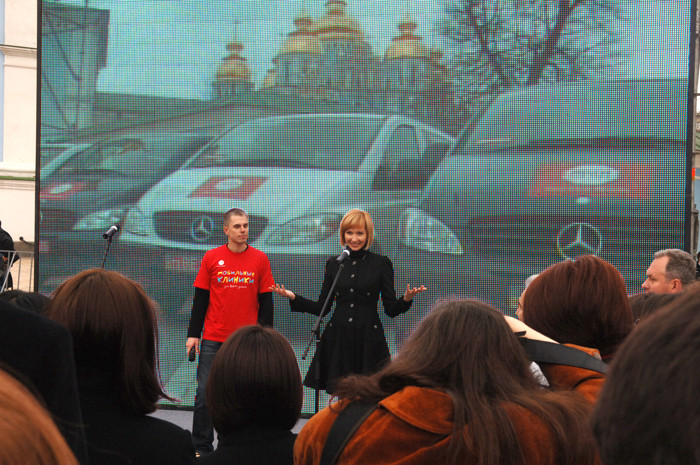 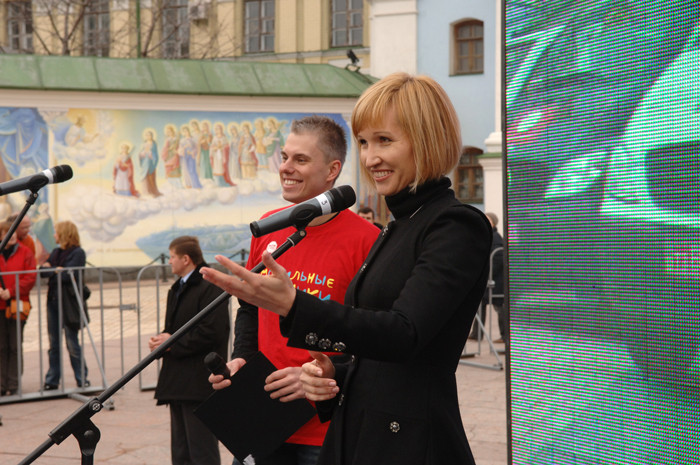 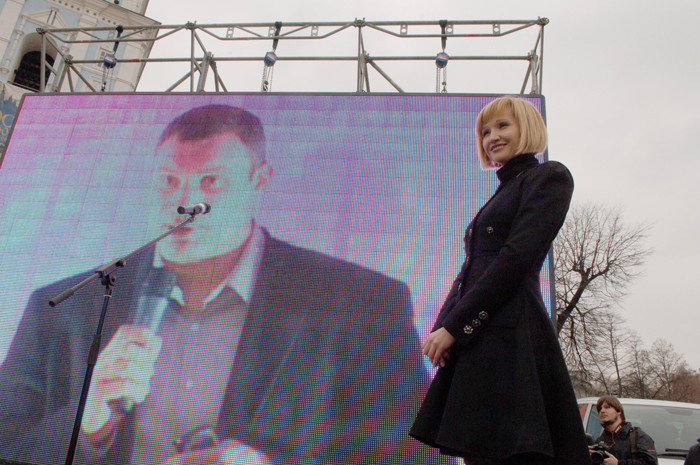