The reconstruction covered rebuilding of the four labour wards (individual or partnership), four wards for the hospital stay, nine lavatories and corridor. Total area reconstructed is 535 square meters. Such large-scale works were possible due to the auction Love Fashion AID conducted by Elena Pinchuk ANTIAIDS Foundation in November, 2007. Major part of the expenses was covered by the funds raised during the auction. ANTIAIDS Foundation gave additional 40 000 USD.

Elena Pinchuk, Founder of ANTIAIDS Foundation: "The moment of birth, the moment of coming to the world is very important to the smallest details. For patients of this hospital, these details are vital. Children born to HIV-positive mothers have chances to be healthy, to live their lives without virus. As a matter of fact that means to be born twice. Children, their mothers, doctors and nurses struggle not to lose this chance. Our mission is to make it happened. We strongly believe that the better conditions of the childbirth bring the higher opportunity for this child to be healthy. The closer mother to her kid, having a chance to stay with him during first hours of life, the more chances that this child wouldn't be abandoned. I wish those who'll be born here live long and happy life".

Prof. Vyacheslav Kaminskiy, Head of Kiev Marternity Center:"Due to the changes in the obstetrics ward, quality of treatment in our Centre became higher. Our patients demand special attitude of the medical staff: HIV-positive women have weak immunity; most of them have opportunistic diseases - anemia, hepatitis, nephritis. Often children are prematurely born to such mothers. Morbidity of prematurely born children and children born to HIV-positive mothers is very high. Totally 365 HIV - positive patients got treatment in our clinic in 2008. Our doctors delivered more than 190 children - it is almost 40% of all deliveries in this ward".

ANTIAIDS foundation aims to support women affected by HIV/AIDS epidemic and to give them opportunity to deliver children and to nurse infants in decent conditions. Well equipped and reconstructed hospital will help HIV-positive mothers used to difficult social conditions to make decisions to keep their children.

Improved conditions helped to organize the process of treatment of HIV-positive pregnant women more thoroughly that considerably decrease the risk of HIV transmission from mother to child. Following simple rules HIV-positive women have high chances to delivery healthy child. Before delivery she needs to take special therapy, she's recommended Cesarean operation (in 2008 year a quarter of all deliveries among HIV-positive patients were done through this operation), and to avoid breast-feeding.

Children and women are still considered as the most at risk groups due to the fact that heterosexual way of HIV transmission in Ukraine is very high.

Starting from 1987 over 15 000 children were born to HIV-positive mothers. On 1 October, 2008 HIV diagnosis was confirmed only to 1 877 children, 5 828 children are monitored (HIV diagnosis for children confirmed after certain period). 1 093 children on ARV therapy. The highest numbers of children with HIV are registered in Donetsk, Dnepropetrovsk and Odessa.

Love Fashion AID collection was demonstrated on October, 16 2007 in frames of Ukrainian Fashion Week. "HIV/AIDS is not a verdict. Live is going on! And the happiness is real!" - The project participants claimed. That day many Ukrainian celebrities took part in the defile. Miss World Tat'ana Kucharova was the last who had come on the stage that evening. She wore a crown with diamonds and a dress from Larisa Lobanova. But the main participants were two married couples one affected by HIV. Their participation in the show was the strongest evidence that life is going on after HIV diagnosis! In November this collection raised 2,7 millions UAH (535.000 USD) during charitable auction. Catalogue and photo report from the show you can see and download on ANTIAIDS Foundation site.

The day before International AIDS Candlelight Memorial Day (May,18) ANTIAIDS Foundation gathered participants of the auction, celebrities and designers that took part in the project to demonstrate results of the joint efforts. Thanks to the designers and participants of the auction Lavra clinic that helps patients with HIV/AIDS from all over Ukraine was reconstructed. The seventh Secretary-General of the United Nations Kofi Annan was a special guest of the event.

That was already the second fashion show of Ukrainian designers organized in the context of ANTIAIDS Foundation project Fashion AID and aimed to support people living with HIV. The first collection created by Ukrainian designers was represented in March, 2007 during Ukrainian Fashion Week. At that time 30 designers united to claim their social position and created red attires dedicated to the fight against AIDS. That collection was sold on charitable auction organized by ANTIAIDS Foundation and raised 203 260 USD. These means were spent to support two families that fostered eight HIV-positive children. That was precedent for Ukraine, because orphans with HIV diagnosis have never been adopted before. To improve living conditions of these kids Foundation bought house and flat in Makeyevka for these foster families; the part of means directed to the project of financial support HIV-positive children by deposit account, to arrangement of the playground in Kiev orphanage "Berezka", to summer vacation of HIV-positive orphans from Odessa, Poltava, Kiev. 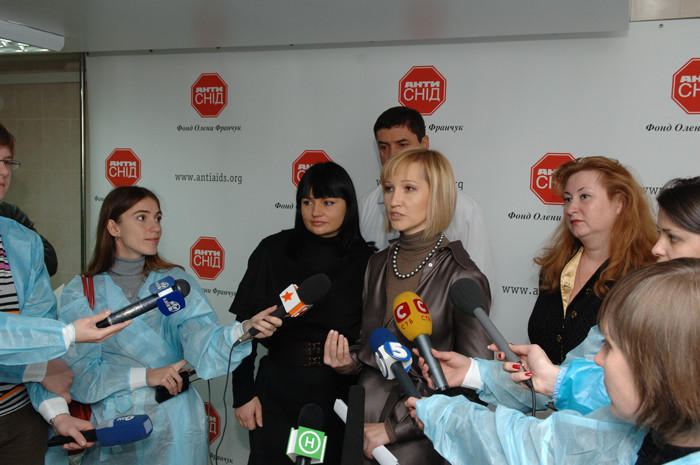 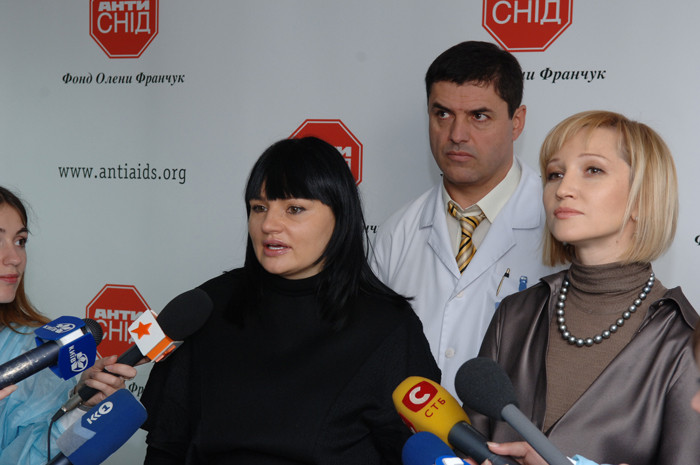 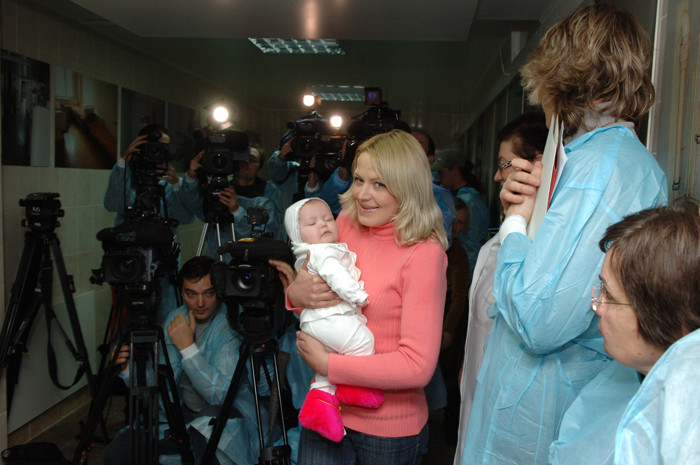 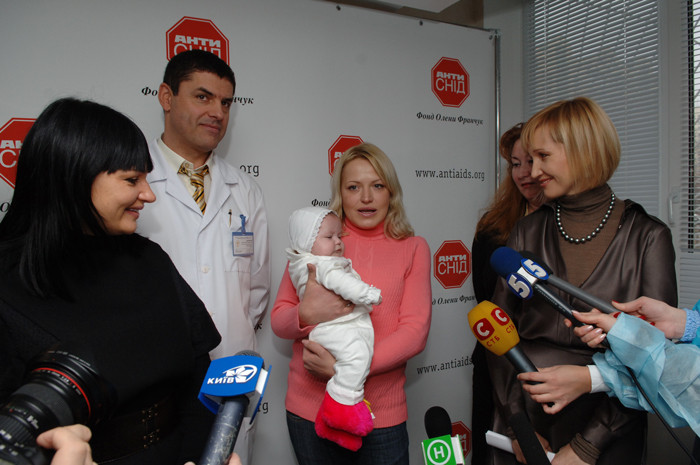 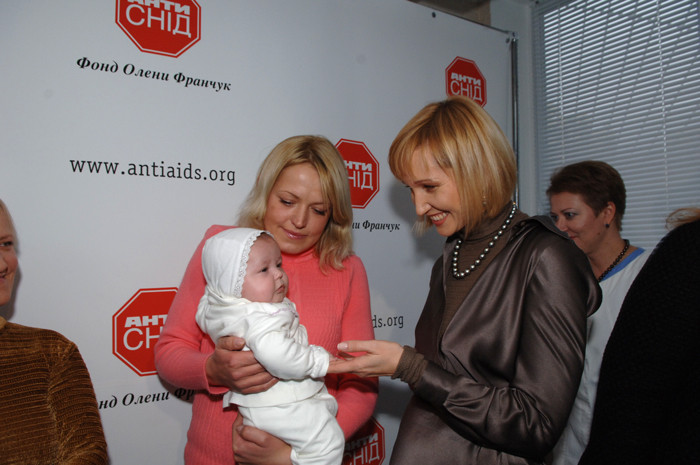 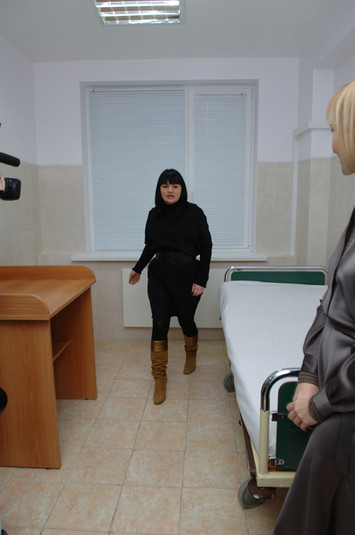 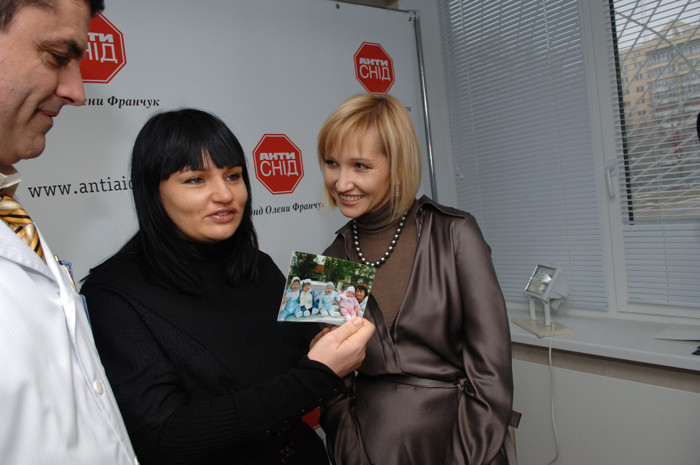 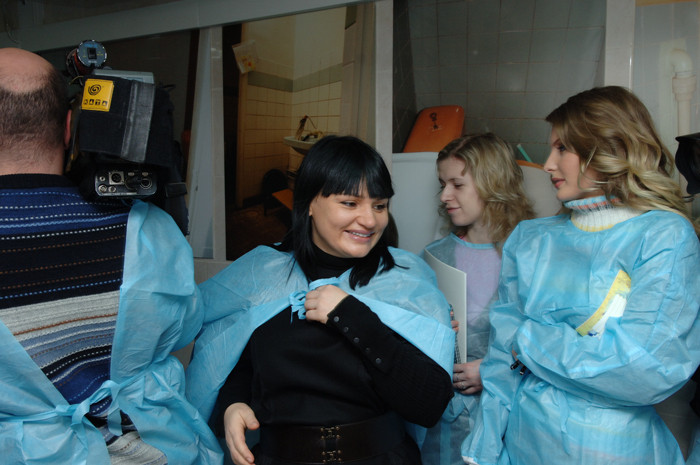 16 May, 2008 22:34
The seventh Secretary-General of the United Nations Kofi Annan took part in the opening of the central HIV/AIDS clinic in Ukraine