The project was supported by the L'Officiel website and by famous Ukrainians, who took pictures in One Night Stand clothes and blogged for L'Officiel about one-night stand sex that happened in their lives – artist Maria Kulikovska, TV host and media manager Andrei Shabanov, businessman Gari Korogodsky, designer Masha Bekh and producer Nadezhda Pozharskaya. The project partners are the Public Health Alliance and the condom brand Durex®.

The safe sex kit includes a designer bag with a YOUR SAFE One Night Stand print, a gray/black robe and a white T-shirt with BEFORE SEX and AFTER SEX inscriptions, two toothbrushes, Durex® Dual Extase fashion condoms, and two HIV tests that can be done independently at home. Each item in the kit has its own purpose. A stylish bathrobe will create a romantic mood before sex, and a T-shirt will emphasize the intimacy of the situation after. HIV tests before sex will allow partners to trust each other, and using condoms during sex will reinforce the trust. Toothbrush is just for teeth brushing. The One Night Stand kit provides a pleasant feeling of comfort and safety before, during, and after sexual contact with a non-regular partner.

Any store visitor can feel as a happy owner of the One Night Stand set - a special photo zone is equipped in TSUM for that purpose with a full-size installation of a huge bed. As you get comfortable on it, you can make your intimate photo as a reminder of why it is important to protect yourself during sex with a non-regular partner.

Innovative Durex® Dual Extase condoms, which will be distributed to the future owners of the One Night Stand kit, were first introduced in Ukraine at the end of 2016. These condoms with ribs and anesthetic are designed specifically for simultaneous orgasm. The ribs and points on the outside accelerate HER, and the anesthetic inside the condom slows HIM down.

There are also two rapid self-test HIV tests provided by the ANTIAIDS Foundation partner, the Public Health Alliance in the kit. This test, that can be done at home, is quickly gaining popularity in our country. Testing can be done quickly and safely without any help using a drop of blood from a finger. In Ukraine, those tests were distributed for self-testing on December 1, 2016, on World AIDS Day. Today, self-testing for HIV is recommended by the World Health Organization, and rapid HIV tests are available at retail shops. To help conduct self-testing and correct assessment of the test result, you can use the instructions that are posted on the Alliance website, a special brochure on self-testing techniques and training videos.

The nuBEKh brand was founded in 2012, and since then it has become popular among creative industry insiders in Japan, the United States, Canada and Italy. The concept of the brand: concise knitwear made of quality materials with a cut out label on the back, to emphasize that the person himself is a brand. The philosophy of nuBEKh is based on the fact that human life is an absolute value. That is why the One Night Stand project appeared. Masha has already collaborated with the ANTIAIDS Foundation and the Fashion AID project. In 2010, together with other well-known Ukrainian designers and artists – Ilya Chichkan, Ksu Marchenko, Svetlana Bevza – specifically for the Fashion AID project, she created designer T-shirts that were exhibited at the PinchukArtCentre in order to fundraise for charity to help HIV-positive children.

TSUM is the first department store in Ukraine, located in the very center of Kyiv on Khreschatyk Street. It began operating in 1939. It was rebuilt several times and the last time it was remodeled and reopened in 2016. The trading space of the new TSUM is based on the principle of a classic department store. Each floor of TSUM is set aside for one or several product categories. On the 45 thousand square meters area collections of more than 900 world and Ukrainian brands are presented. Art exhibitions, social and cultural events regularly take place in TSUM.

The Public Health Alliance is a leading Ukrainian non-governmental organization, a co-performer of the National Target Social Program on HIV/AIDS combat and the recipient of the Global Fund to Fight AIDS, Tuberculosis and Malaria. Although the main activity of the Alliance is aimed at preventing HIV among the most at-risk groups, considerable attention is paid to work among the general population, especially young people.

Mobile clinics for HIV-positive children have been operating in Ukraine for over 8 years. Doctors and social workers from large cities regularly deliver medicine and antiretroviral therapy to remote regions of Ukraine, that are affected by the HIV/AIDS epidemic the most. Each mobile clinic is equipped with portable equipment and supplies necessary for primary diagnosis, blood sampling, and medical care. In addition, teams of doctors conduct preventive work with HIV-positive pregnant women, they train doctors of offices of trust in algorithms for identifying and following patients with HIV-positive status.

This project provides access to quality medical care for low-income families, helps to establish communication between doctors from the capital and regional centers with regional hospitals and specialists. In total, the project covered 5.5 thousand children born to HIV-positive mothers – which is more than 70 percent of Ukrainian children affected by the HIV/AIDS epidemic and in need of constant attention of physicians.

Mobile clinics were acquired and equipped with funds raised during a charity auction organized by the Elena Pinchuk ANTIAIDS Foundation. On November 29, 2008 580 000 dollars were raised for this project.

Fashion AID is a social brand created by the Elena Pinchuk ANTIAIDS Foundation, which presents stylish T-shirts with author prints about safer sex. This is the first charity online store in Ukraine that provides an opportunity for anyone to contribute to helping HIV-positive children and fighting the HIV/AIDS epidemic in Ukraine. With the funds raised, the Elena Pinchuk ANTIAIDS Foundation purchases medicine, baby food and hygiene items for HIV-positive children and specialized medical institutions in which they are raised or treated.

To learn more about the project and order T-shirts you can by visiting this website fashion-aid.in.ua. 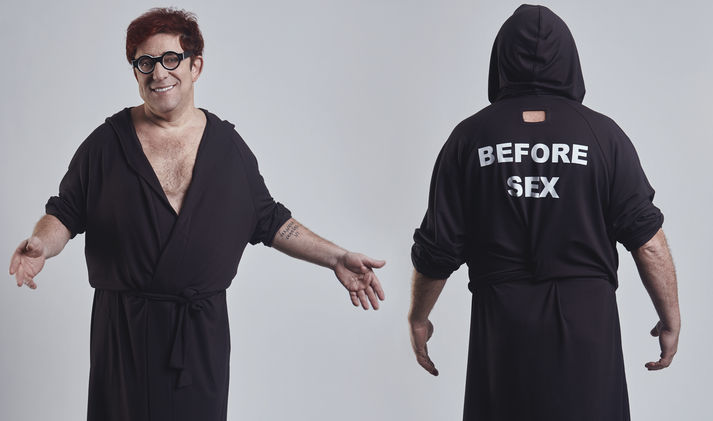 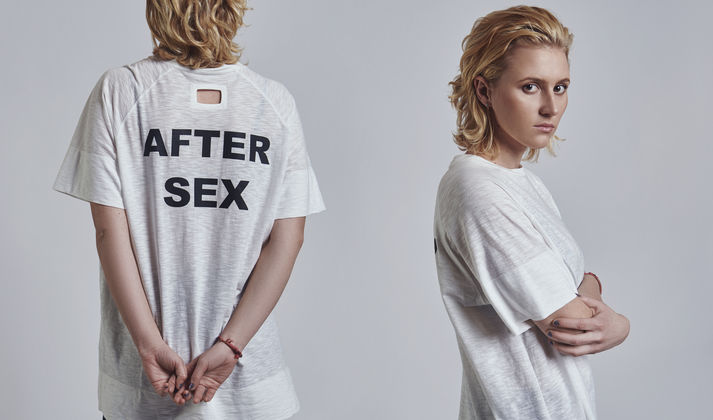 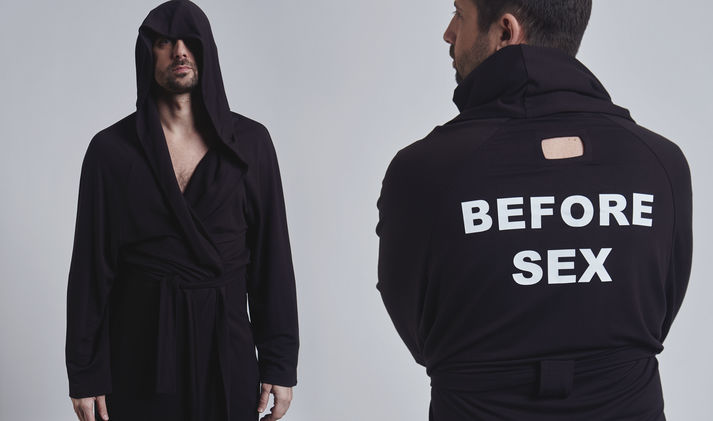 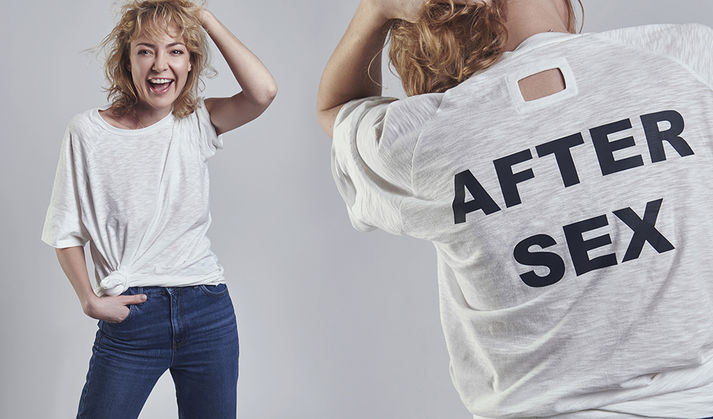 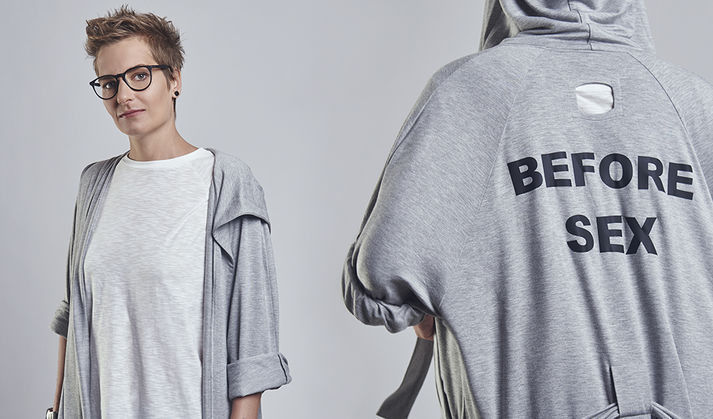 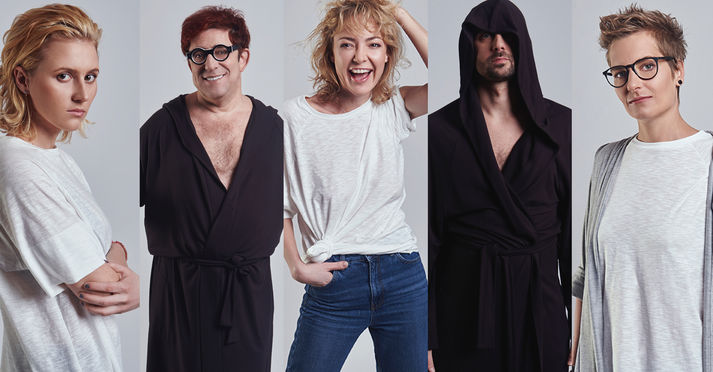 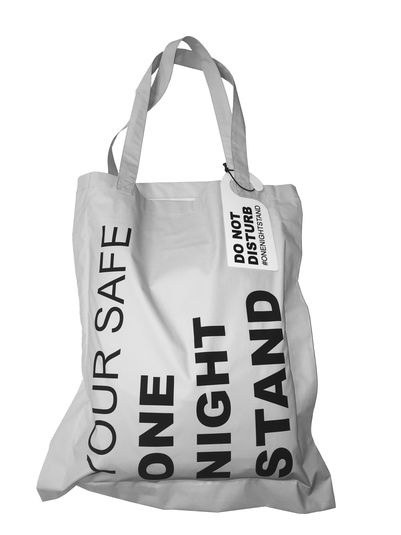