In 2017-1018 for the first time in Eastern Europe, HIV-positive patients will receive antiretroviral therapy at the expense of private funds. The budget of the project is more than 6,5 million hryvnia. The procurement partner is the All-Ukrainian Network of People Living with HIV which is our project partner as well. Thanks to the partnership initiative supported by the ANTIAIDS Foundation, Ukraine received the sixth-generation drug for HIV-positive people at an incredibly low price of 170 dollars per annual course. This will halve the cost of treatment, and in 2018 without a doubt twice as many people will have access to life-saving therapy.

This drug is much more effective and less toxic than the remedies used today. It should be taken only once a day, which simplifies the treatment process and reduces the number of people who can refuse it.

According to the operational information of the Kiev City AIDS Center, as of July 1st, Kiev has 12 323 registered patients. 7 682 of them receive antiretroviral therapy.

In 2017 an additional 5 thousand HIV-positive Kiev residents will receive free treatment. These plans were developed in the process of implementation of the 90-90-90 strategy. For the first time in the framework of public-private partnership, today Kiev received the newest drug of the sixth generation, dolutegravir, for the treatment of the first 750 patients with HIV infection this year as an assistance from the of Elena Pinchuk ANTIAIDS Foundation. And I am grateful to the donors and partners for their help and for the fact that because of the new drug many people will be able to fully live and receive effective therapy."

Elena Pinchuk, the founder of the ANTIAIDS Foundation: "Today we can proudly say that Ukraine finally has access to the newest drugs at the lowest price in the history of Ukraine. Already this week the first patient will begin treatment under the new scheme. This means that someone will be able to return to work, raise children, learn and make plans for the future without fear for their lives. I know that not only patients and their relatives were waiting for this drug. Doctors now have a new, effective tool for the treatment and prevention of HIV transmission in their arsenal. If we manage to provide with the therapy all those in need, we can stop the AIDS epidemic. I'm glad that together with PLWH Network we were the first to bring this drug to Ukraine and I hope that soon international donors and the state will join us."

Dmytro Sherembey, Head of the Coordination Council of the All-Ukrainian Network of People Living with HIV: "Dolutegravir is not called drug that makes sex safer" for nothing. Yes, today the majority of new infections occurs through sexual contacts. But thanks to the newest therapy that comes to Ukraine, no one will have a chance to become infected with HIV through unprotected sex in our country. This does not mean that condoms are no longer needed, because in addition to HIV there are many other dangerous infections in the world. But this means that we won’t have HIV-positive people who can transmit a virus in our country."

Alexander Yurchenko, Chief Doctor of the Kiev City AIDS Center: "As the leading medical institution in the field of HIV/AIDS treatment and prevention in Kiev and Ukraine, we are ready to support our partners' efforts in implementing the most modern and innovative approaches to HIV treatment. We are actively preparing to start treatment with dolutegravir. It will be monitored and in partnership with patient organizations. Only this way we have a chance to contain the growth of the epidemic."

On November 2016 Elena Pinchuk ANTIAIDS Foundation announced the launch of a new project, that accelerated access to the newest antiretroviral therapy for Ukrainians.

It is the first precedent of a private foundation participating in a treatment program in Eastern Europe. Until now, the antiretroviral therapy program in Ukraine was financed exclusively from the state budget and by the international organizations. Thanks to the appearance of a private partner, the first treatment with the newest the sixth generation drug began in our country, and the cost of treatment was halved (prior to this, treatment was carried out with the fourth generation drug).

As of today PLWH Network is one of the main operators of treatment and procurement, which can provide the most favorable conditions for the supply of drugs. The selection of patients for this program and their treatment will be conducted on the basis of the Kiev city AIDS Center under the public control of patient organizations. Those will be the first patients in Ukraine who will start treatment with a new generation drug – dolutegravir.

In November 2015, WHO European Office issued new Global Guide on HIV, aimed at increasing the effectiveness of prevention and treatment. The revolutionary change announced in this document was the provision that ARV should be administered to all people living with HIV, regardless of the level of CD4 cells. Since that moment, treatment has been interpreted not simply as a factor that positively influences prevention, but as an effective tool for mass opposition to the epidemic. According to expert data, one person living with HIV who is not having therapy can infect up to two people per year. A patient taking antiretroviral therapy becomes absolutely safe for others. He cannot infect his partners, because the concentration of the virus in his blood drops sharply. With regular intake of drugs, the blood of an HIV-positive person becomes literally clean.

81 773 people are treated on the territory controlled by Ukraine. Including 76 551 people in the Ministry of Health institutions, 2 947 in the Academy of Medical Sciences institutions and 2 275 in the penitentiary system. Out of these people, 40 926 people are financed from the state budget, 22 820 people with the Global Fund to Fight AIDS money, and 15 752 people with PEPFAR money. Another 2 275 people take ART payed by the Global Fund to Fight AIDS in the detention centers. It is planned that up to 100 000 HIV-positive patients will receive treatment by the end of 2017.

According to the unofficial data, additional 11 000 people on the uncontrolled territories are receiving treatment through the Global Fund to Fight AIDS.

Ukraine remains the leader in Europe in terms of the spread of HIV infection. According to UNAIDS experts, there are up to 250 thousand people living with HIV in Ukraine. And only every second knows about his/her diagnosis. As of April 1, 2017 135 414 HIV-positive patients are registered in Ukraine.

During five months of 2017 in Ukraine, according to the Center of Public Health of the Ministry of Health of Ukraine, 7 490 new cases of HIV infection were registered (1 085 were children under the age of 14). Since 1987, Ukraine officially registered 304 914 new cases of HIV infection. During this time 42 987 people have died from AIDS. The regions most affected by HIV infection are the Dnepropetrovsk, Donetsk, Kiev, Mykolayiv and Odessa, as well as Kiev city.

Since 2008 the main cause of HIV transmission was unprotected sexual contacts. In 2005 only 33% of those newly infected got HIV through sexual contacts, and in 2012 the percentage grew up to 51%. For the first time in the history of AIDS epidemic, transmission via sex accounted for more than a half of all cases of HIV transmission in Ukraine. In 2016 this number was 62%. Today most of the newly-registered cases of HIV infection are amongst young people aged from 15 to 30.

April 6, 2016 the Mayor of Kiev Vitali Klitschko signed the Paris Declaration of Fast-Track Cities, dedicated to intensifying the fight against HIV/AIDS in megacities. Kiev joined this UNAIDS initiative right after 60 largest cities in the world. The ceremony took place in the Kyiv City State Administration in the presence of diplomats and leaders of Ukrainian and international organizations that are involved in the fight against AIDS in Ukraine.

The Declaration was initiated and signed by Mayors of major cities on December 1, 2014 on World AIDS Day in Paris. It is aimed at achieving the UNAIDS 90-90-90 initiative. Which means 90% of people living with HIV know their status, 90% of people who know their status get treatment and 90% of people who receive therapy have undetectable viral load and are safe for society. In addition, participants in this program expressed their readiness to come to zero discrimination against people living with HIV and reduce the number of new HIV cases. 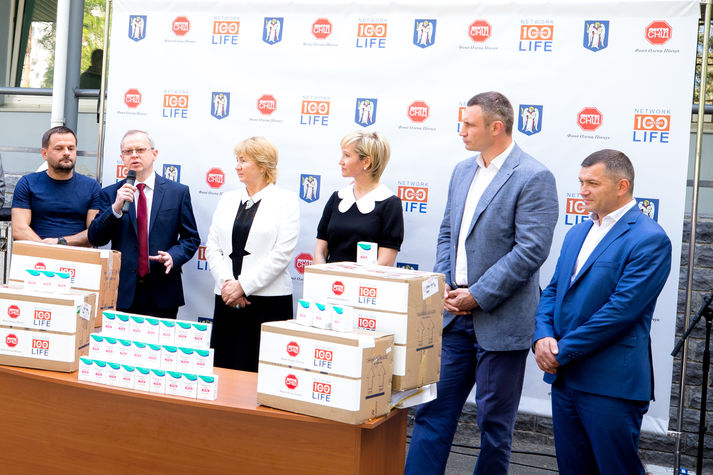 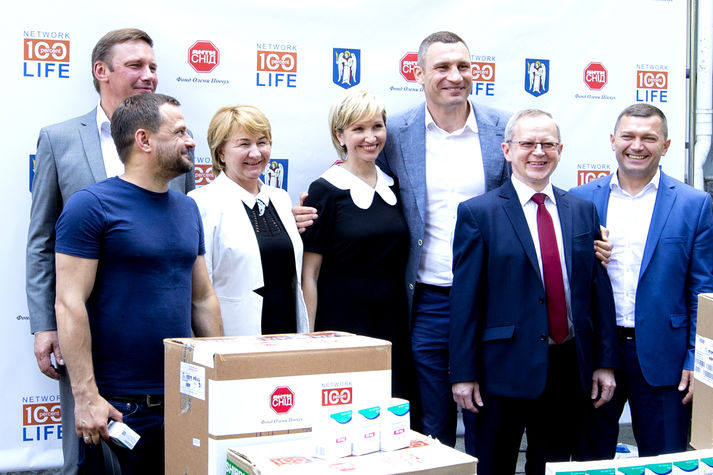 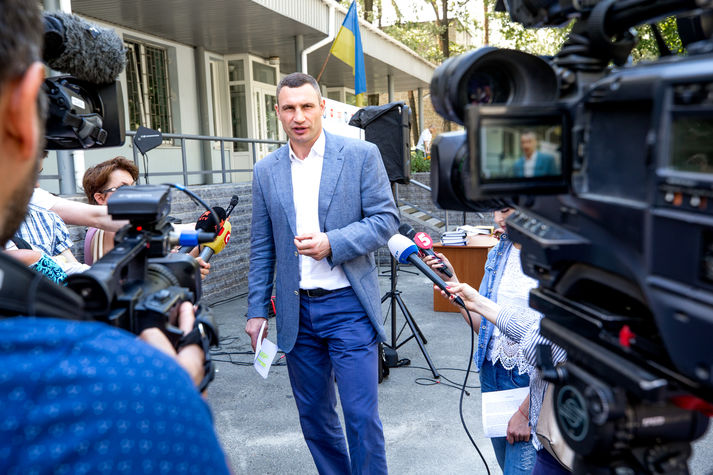 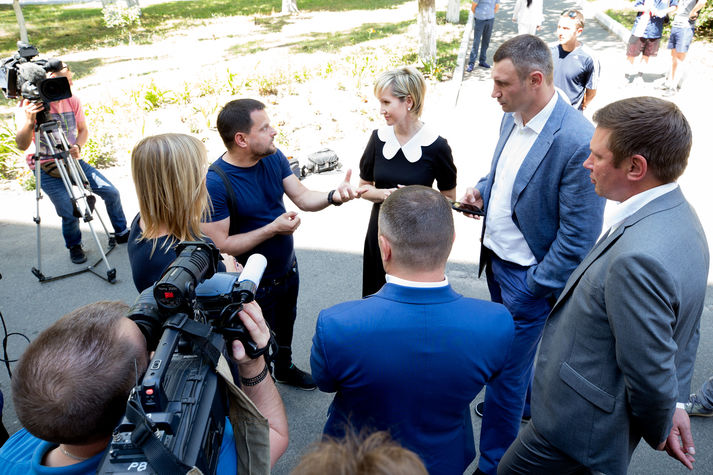 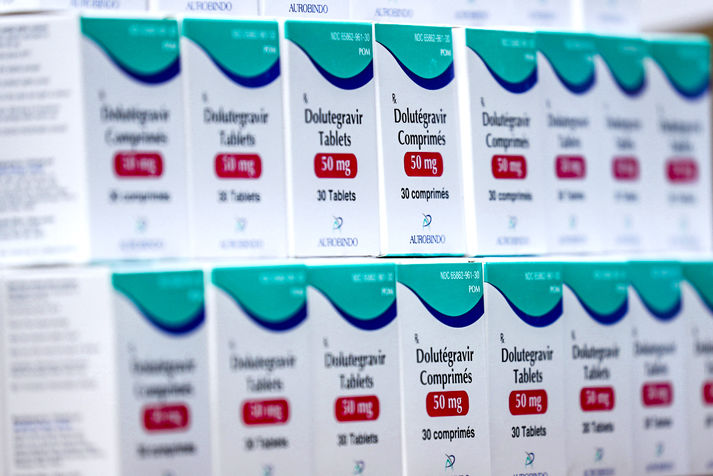 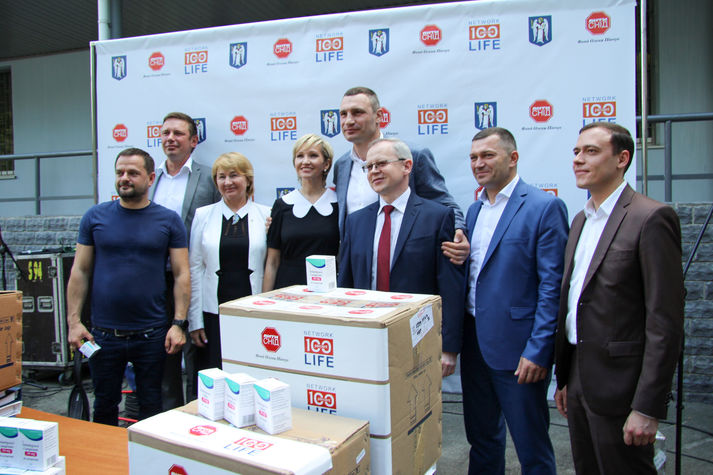 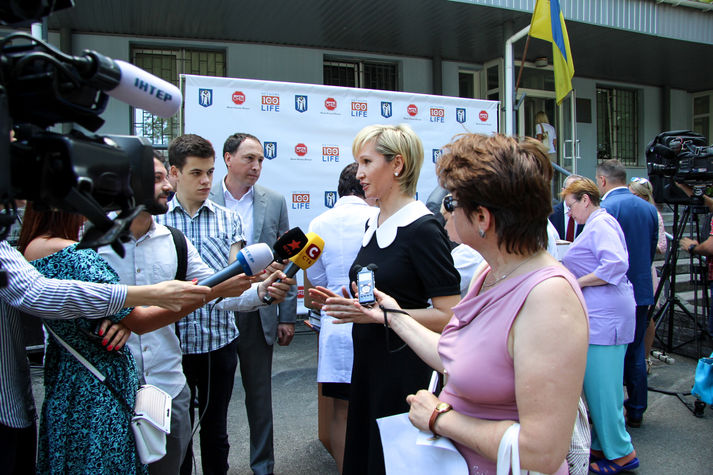 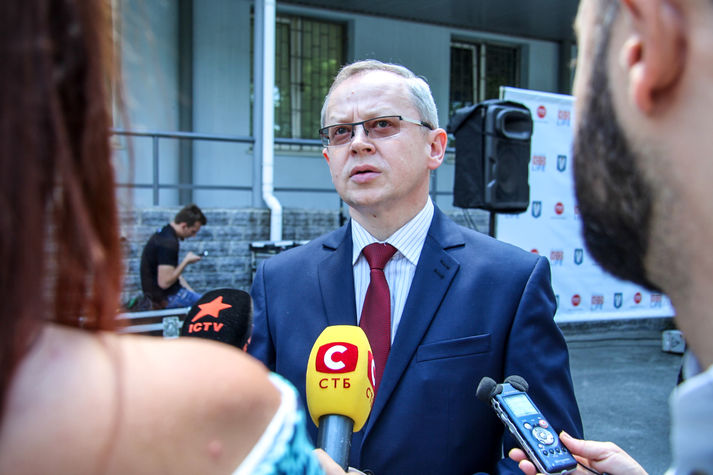