During the presentation, the T-shirts created by the winner of the competition, Charitable Foundation "Friends of the Museum" in partnership with the Odesa Art Museum, represented by Inna Bilous, Maria Kazakova, Daria Filippova and Julia Berdyarova, were demonstrated.

The prints of this line depict women from the paintings of the museum's exhibition and the funds, accompanied by inscriptions against women objectification.

10 images that were shown at the event were developed by the participants and experts of the Novyi Kanal’s project “Podium”. Jean Gritzfeldt, Olga Slon, Kyrylo Kharytontsev, Maxym Sereda, Christina Erouotor, Silvia Rotar and Christina Novelska were among them.

Olga Rudneva, Director of the Elena Pinchuk Foundation: "It isn’t just a project about the stereotypes that society has towards women. This is a project about the effect that biased attitude of our teacher, parents and society has on women's lives. It is about us trying to meet our relatives’ expectations and rush to get married, just because it’s time; us not believing in women's friendship and support, because someone has said that women's friendship doesn’t exist; us looking for a wealthy man instead of looking for an interesting job and a decent salary. I believe that by wearing those T-shirts, women will be able to remove the labels that society have been placing on them for years, and become more independent in their choice".

Currently, flashmob #НеВішайЯрлики started in the social networks. In order to support it, you need to post your photo or video wearing “Don’t label others!” line T-shirt on Facebook, Instagram, or Twitter with the #НеВішайЯрлики hashtag and a personal life story about the gender stereotypes that you've encountered.

Anna Lukovkina, Author and Founder of the project “Vsi. Svoi Moda”: It is a powerful socio-cultural phenomenon that allows you to draw attention to important issues, such as gender stereotypes. The "Don’t label others!" project uses the fashion communication resource to demonstrate that bias is a sign of narrowminded people. Society labels woman, assessing her position, appearance and status: some still believe that woman can’t be both beautiful and intelligent at the same time, and her self-realization depends directly on whether she has a husband and children. Some say that woman can’t be successful without a sponsor, and some claim that woman behind a wheel is a danger. However, our project shows the opposite: it unites thousands of women who create their own design startups, successful, realized and happy in their business. We want society to become openminded and break free from the stereotypes. By putting on a T-shirt from this line, we want to take down the stereotypes about women.

You can purchase our T-shirts online and at the “Vsi. Svoi” store (27, Khreschatyk Street), on the social brand Fashion AID website and at the Odesa Art Museum (5A, Sofiivska Street, Odesa).

The winner of the Audience Award was also chosen within the framework of the competition “Don’t label others!”. Designer of the brand "InsideU" Maria Zakharchenko became a winner of the Audience Award. She will receive a grant for her own project from the Coca-Cola Foundation. Her line claims that women are terrestrial goddesses and calls for respect for them and their achievements. T-shirts from this line are also available for sale.

According to an online survey conducted by the international research company Ipsos commissioned by the Elena Pinchuk Foundation project "I Can!" and the project "Vsi. Svoi", the problem of gender stereotypes in Ukraine is quite acute. Thus, 65% of respondents believe that the woman’s main role is to care for her home and family. Ukrainians are still inclined to think that women are a weak sex. Blondes are considered to be intellectually limited, the women's initiative in the relationship is perceived as “easy”, a woman driving an expensive car is considered to have “sugar daddy”, and her success is directly linked to the fact that she has a husband.

The competition "Don’t label others!" took place from February 11 to March 1, 2019. The winner was selected by a jury consisting of the Co-founder and Chairwoman of the Ukrainian Fashion Week Organizing Committee Iryna Danylevska, the Founder of the LITKOVSKAYA brand, the five-time winner of the Best Fashion Awards in the "Best Women's Clothing Designer" nomination Lilia Litkovska, as well as the teams from the Elena Pinchuk Foundation and “Vsi. Svoi" project. Odesa Art Museum, as the winner of the competition, will receive a targeted grant of UAH 100 000, which they plan to use for the cultural projects’ development and art promotion.

Elena Pinchuk founded the Foundation in September, 2003. In December, 2017 the Foundation announced that in addition to the fight against AIDS the organization along with the Coca-Cola Foundation will also be engaged in supporting women and girls, but countering the HIV/AIDS epidemic will remain one of the priority issues for the Foundation. Today the main areas of focus are the fight against HIV/AIDS and a healthy lifestyle; mentorial and educational projects aimed at young girls and women; attracting the best international experience in the humanitarian sphere to Ukraine.

Vsi. Svoi – the largest platform of the Ukrainian brands

Vsi. Svoi – is a project that brings together about 2,000 local producers. It was founded by Anna Lukovkina in 2015 and started as a clothing, footwear and accessories market. Currently the project has six themed market trends: clothing and footwear, home and decor, ceramics, gastronomy, children's goods, jewelry and gifts.

In 2016, the team also opened the world’s largest Ukrainian brands store of clothing and footwear on 27, Khreshchatyk Street that represents over 250 manufacturers. In 2018, the second store on 34, Khreschatyk Street, which has 150 brands of home decor and interior: ceramics, textiles, decoration items, furniture, lighting, gifts and souvenirs, opened its doors. 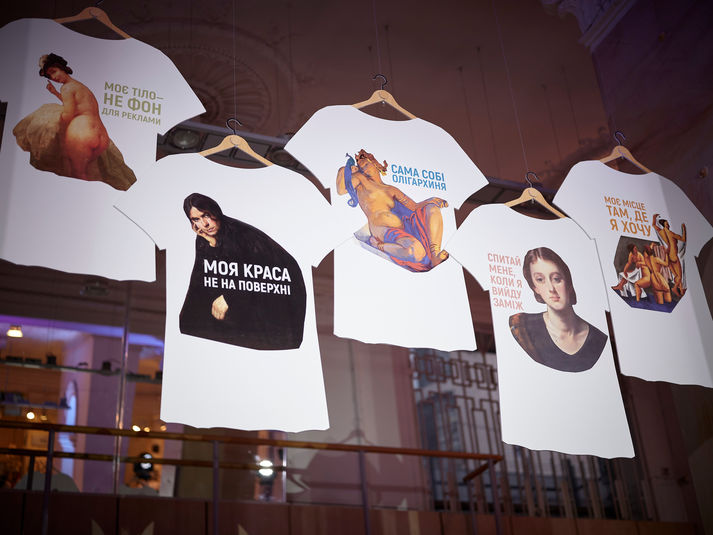 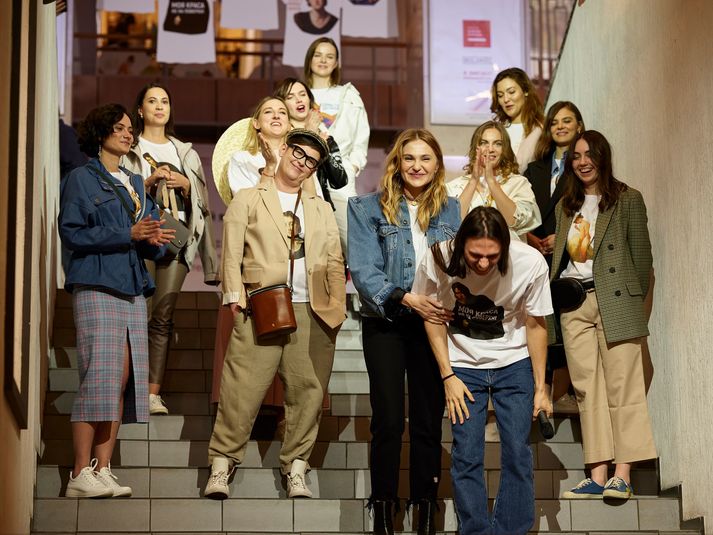 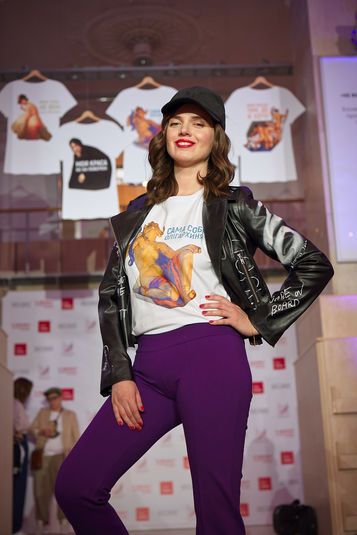 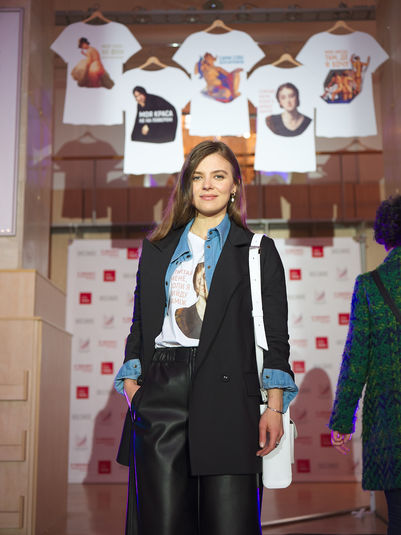 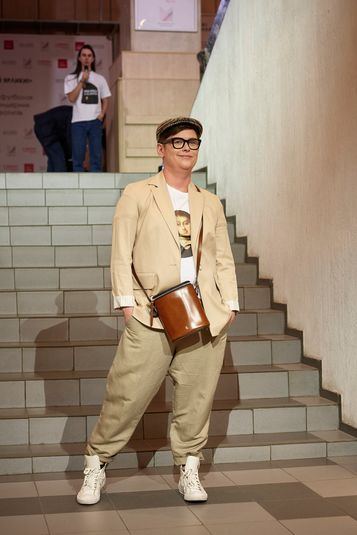 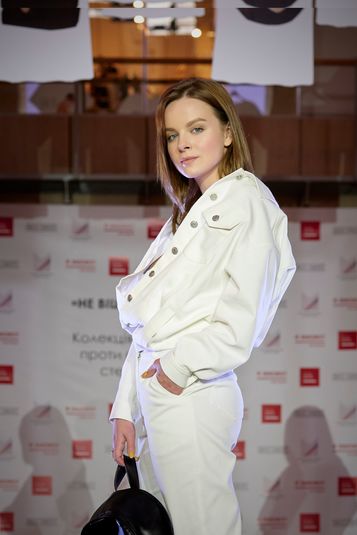 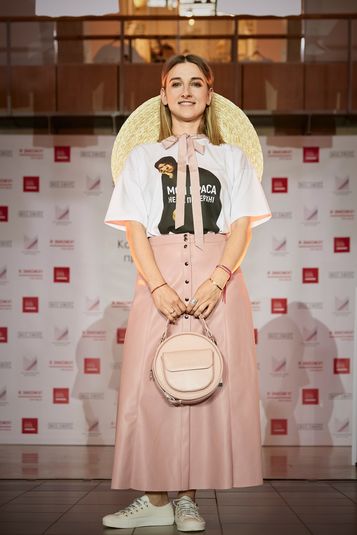 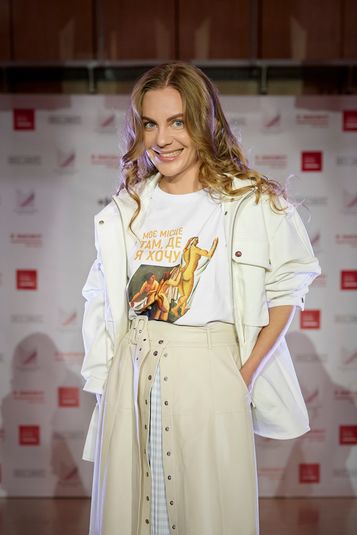 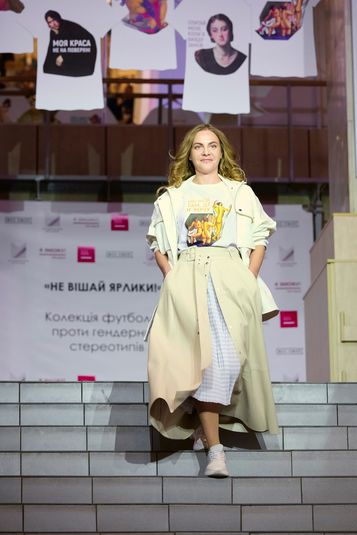 11 May, 2018 11:41
Olena Pinchuk Foundation presents a capsule collection of t-shirts to celebrate the anniversary of signing the Istanbul Convention