"I am glad to be in Ukraine again! Together with the Elena Pinchuk Foundation, we have worked very hard to create nice living conditions for HIV-positive people in Ukraine. I am proud of what we did. But there are many goals ahead. You know, Ukraine is in my heart! And we will not stop until we achieve the necessary progress. Let's stop AIDS together!” With these words Elton John addressed the audience at the event.

"This was a very important visit! Elton truly loves Ukraine – our country means a lot to him. We are not just looking at the results of our joint activities; we are also planning our next steps. I believe, lots of important and great projects are ahead of us” said Elena Pinchuk.

As part of his visit in Kyiv, the Elena Pinchuk Foundation, with the support of the Art-Zavod Platforma, Kurazh Bazar, the All-Ukrainian Network of PLWH and the Radio HIT FM, held an informational charity event "A Day with Elton John" aimed at preventing and engaging Ukrainians in the fight against AIDS in Ukraine.

Guests of the event visited photo exhibition showing the history of the 11 years of joint activities of the Elena Pinchuk Foundation and the Elton John AIDS Foundation. An international art project, created by one of the most famous contemporary artists Ai Weiwei at the request of Elton John, was presented in Kyiv.

From the interactive studio Radio HIT FM hosted special reports and interviewed participants and guests of the event in real time with broadcasts throughout the Art-Zavod Platforma. The musical program of the broadcast was entirely devoted to the work of Elton John.

During the day, a free rapid HIV testing lab was open, where 980 people were tested. Throughout the day Alliance for Public Health conducted trainings on sexual health and distributed more than 2 000 condoms amongst the visitors. In addition, the Alliance staff conducted 240 HIV, syphilis and hepatitis tests.

5 000 visitors downloaded a mobile application of the All-Ukrainian Network of PLWHA and took online tests that determined the risk of a possible HIV infection. Elton John and the Chairman of the Elton John AIDS Foundation Furnish took the first test of the day.

During the charitable event 450 000 UAH were raised to support Educational Center for Youth in Kyiv, which is being built by Elena Pinchuk Foundation. Eton John stopped at the construction site of the future Center and left his memorable sign on the wall.

Elton John visited the Star Avenue of the charity flee market, where well-known Ukrainian musicians and TV anchors were selling their belongings to raise funds to fight AIDS. Specifically, for the famous guest, visitors of the fair staged a flash mob – they sang his song and greeted him with applause.

The next day, Elton John, David Furnish and Elena Pinchuk, joined by the Minister of Health Ulyana Suprun, visited the Medical center "100% of Life" created by the All-Ukrainian Network of People Living with HIV. The Center is a part of the electronic medical system eHealth. It provides services to general patients, as well as to people living with HIV and risk groups. The guests were introduced to the doctors and patients of the Center. They inquired about the principles and standards of its operation. The latest equipment for the gynecologist office was purchased with funds provided by Elena Pinchuk Foundation.

This event was a continuation of a comprehensive program and information campaign of AIDS prevention and control in Ukraine. Elena Pinchuk Foundation has been implementing it for over 10 years in partnership with the Elton John AIDS Foundation and other organizations. On the evening of May 27th, on the big screen of the main stage of Kurazh Bazar, a recording of the legendary concert on Independence Square in Kyiv in June 2007 was screened. During that concert Elton John addressed all Ukrainians with the slogan "Let’s stop AIDS together!"

"A Day with Elton John" is an informational charity event organized by the Elena Pinchuk Foundation with the support of the Art-Zavod Platforma, Kurazh Bazar, the All-Ukrainian Network of PLWH and the Radio HIT FM. The goal of the event is to prevent HIV/AIDS and engage Ukrainians in the fight against AIDS in Ukraine.

Year 2007. The first charity concert, dedicated to the fight against AIDS in Ukraine took place on the Independence Square in Kyiv. Over 200 thousand Ukrainians came to listen to the famous musician. Live broadcast of the concert was watched by about 5 million viewers.

Year 2012. The day before EURO 2012 Finals legendary musicians Elton John and the Queen with Adam Lambert have performed on the main square of Ukraine. The concert was organized by the Elena Pinchuk Foundation and dedicated to the fight against AIDS. 250 thousand people were listening to that performance on the Independence Square and adjacent streets, as well as 17 million TV viewers.

Year 2013. The "Fair Play" Project began to work in Ukraine. This Project helps communicate information about HIV/AIDS to Ukrainian children and teens through the rules of the football game. The Project was launched with the help of the charity donations made by the VIP guests at the concert in 2012.

Year 2014 Social apartment for the temporary boarding of pregnant girls and young women who were in difficult life circumstances was opened in Kyiv. It operates with the help of the Elena Pinchuk Foundation and the Elton John AIDS Foundation joint project.

Results of the joint projects

Social apartment (shelter) began to work in Kyiv in May 2013. This project helps pregnant women and young mothers with children in difficult life situations, who became victims of the domestic violence, risky behavior or displacement as a result of the armed conflict in Eastern Ukraine. Shelter helps young women and girls who have survived violence, don’t have safe housing or can’t afford housing with their children. This social apartment is one of the few places that host women without documents. It can house up to six mothers with children at the same time. They can live in rooms equipped with all necessary items for mothers with children. They can learn about child care, receive comprehensive social support, access to medical services, undergo psychological and legal counseling and classes on the HIV, TB, psychoactive substances and violence prevention. The project is implemented by the HealthRight International ("The right to health") and the Ukrainian Foundation for Public Health.

Since the beginning of the project 82 women and 81 children have received help. Among these women, 20 were pregnant, 6 were HIV-positive. In addition, 9 were internally displaced persons. 24 women have been deprived of parental care in their childhood, 9 – have had an experience of living at the orphanage for babies in their early childhood, 24 – lived in an orphanage, 60 – experienced violence, 22 – had the experience of living on the street, 55 women had no housing. As a result, most of the project’s clients were able to find a job and find a way to rent a home or to reunite with families. About 30 percent of women returned to their biological families or relatives, others started an independent life.

"Children Plus" Project was launched in February 2008 and was working till 2013 in 11 regions of Ukraine. The goal of this project which was implemented by the All Ukrainian Network of People Living with HIV was to improve the lives of children born to HIV-positive mothers; integrate them into their social environment, change society's attitude towards these children and help them transition from orphanages to foster families, new parents and guardians.

Thanks to the specialists of the project 1872 children who were touched by the HIV/AIDS epidemic managed to remain in their biological families and didn’t end up going to the orphanages. Those families receive help of psychologists, social workers, and lawyers, who have collectively provided case management for the families and engaged children's parents in self-support groups and parenting schools.1 381 families in crisis have received complete packages of social services.

Project staff was involved in the status disclosure of 1 326 children. 1101 children have gone through the process of "status disclosure" which is critical to the treatment adherence, lifelong self-esteem and self-care.

4 017 teachers have been trained on HIV/AIDS. 201 trainings were conducted by the project staff. This helps to make the life of HIV-positive children more comfortable in schools and kindergartens, and the attitude towards them by teachers and peers more tolerant.

The Elton John AIDS Foundation (www.ejaf.com) is one of the world’s leading international not-profit organizations working year-round to support those affected by HIV. We believe AIDS can be beaten and work alongside a range of local projects, organizations, government officials, celebrity patrons and brand partners to make this a reality. In the last 25 years, via a range of fundraising initiatives, we have raised more than £220m. For every £1 we raise, we have secured an additional £1 from other donors and partners.  We use these funds to fund frontline programs that help to alleviate the pain of those living with, affected by or at risk of HIV/AIDS. We measure our success by our ability to prevent HIV infection, provide treatment, end discrimination and drive social and political change.

The Elena Pinchuk Foundation (www.antiaids.org) was founded in September 2003. In December 2017 the Foundation announced that the fight against AIDS won’t be the only direction of its activities. In this regard, the word "ANTIAIDS" will no longer be the part of the name of the organization. But fighting the HIV/AIDS epidemic will remain one of the priority issues of the Foundation. The main focus areas of the Foundation will be the fight against AIDS and a healthy lifestyle; mentorial and educational projects aimed at young girls and women; attraction of the best international experience in the humanitarian sphere to Ukraine.

The All-Ukrainian Network of People Living with HIV (network.org.ua) is the largest patient organization in our country. The goal of this organization is to overcome the HIV/AIDS epidemic in Ukraine. The Network works with patients and for patients, representing the interests of people living with HIV in 25 regions of the country.

Art-Zavod Platforma (artzavodplatforma.com) is an intellectual campus, the biggest creative and cultural complex in Ukraine with a unique ecosystem, which combines business, art, education, festivals, coworkings and an inspirational atmosphere. Philosophy of the Art-Zavod Platforma is to promote the creative potential of people in all segments of the creative economy, by building an environment for the development of innovation and networking.

Kurazh Bazar (kurazhbazar.com.ua) is a charitable Kyiv flea market with the largest inclusive children area, entertainment for all, a lecture hall, dog hangout spot and a food court, that gathered all the favorite places. Kurazh Bazar takes place monthly at the Art-Zavod Platforma.

HІТ FM (hitfm.ua) is a №1 radio station in Ukraine. It has been a leader of the Ukrainian radio market for over 10 years and has one of the largest networks. It broadcasts in more than 100 cities. 4 million listeners are tuned in to HIT FM every week. The top hits of Western and Ukrainian pop singers are broadcasted every day. 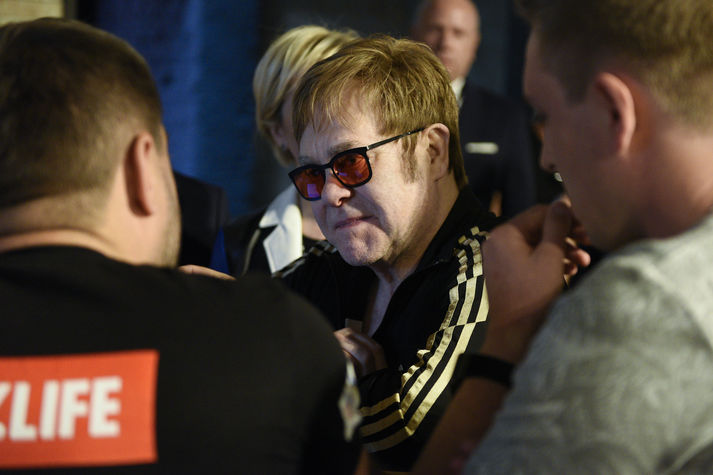 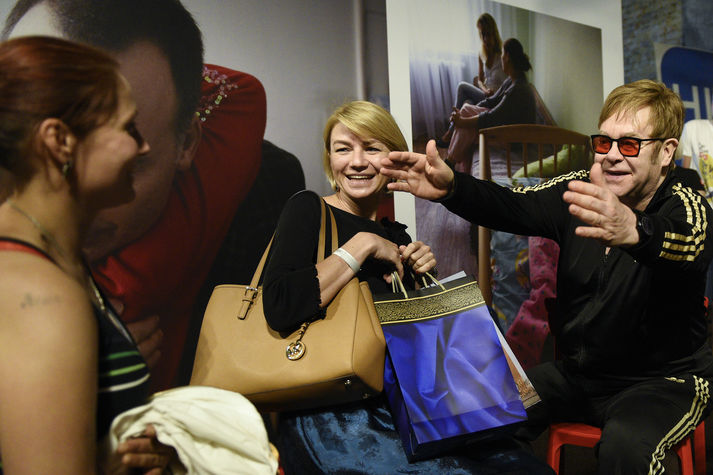 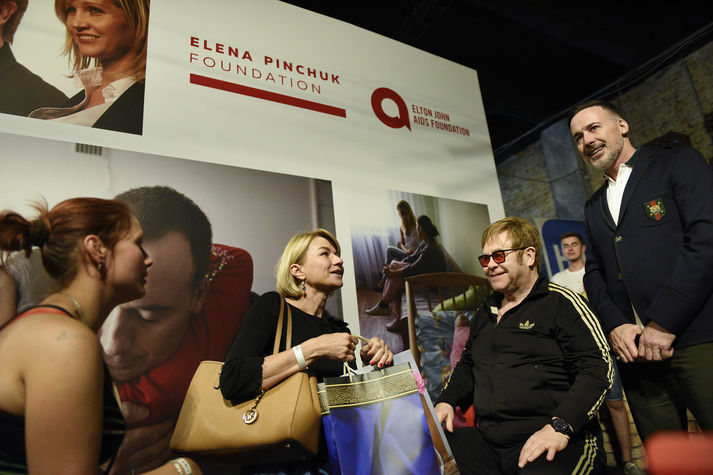 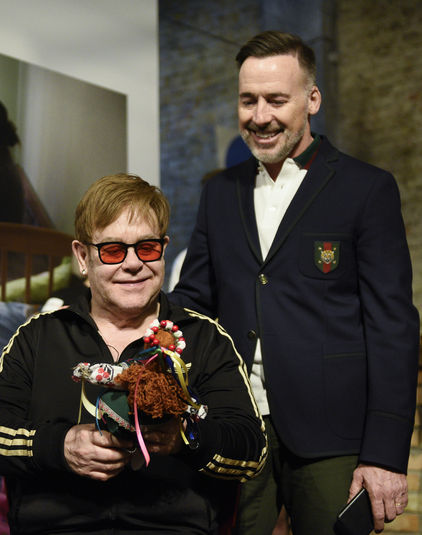 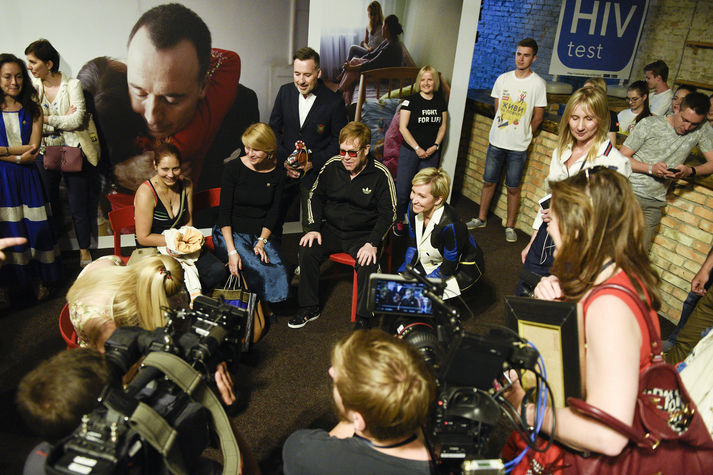 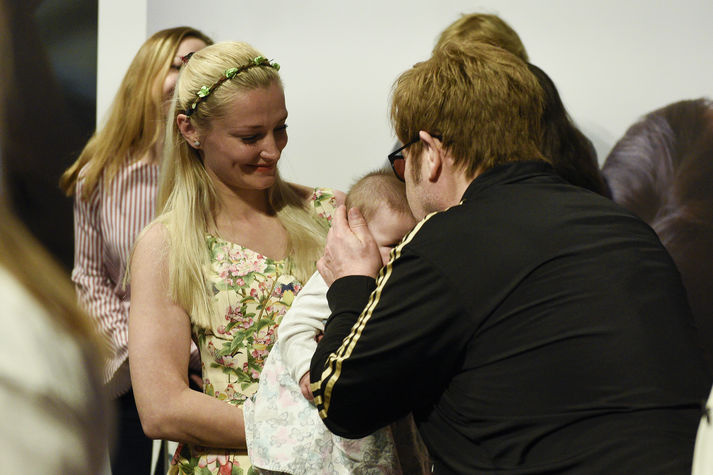 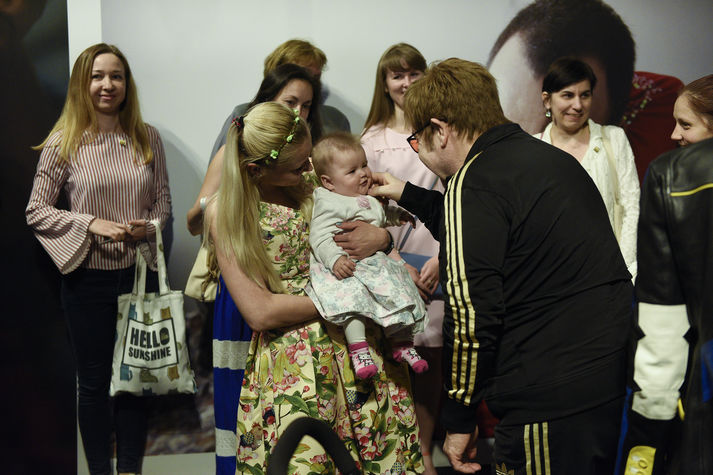 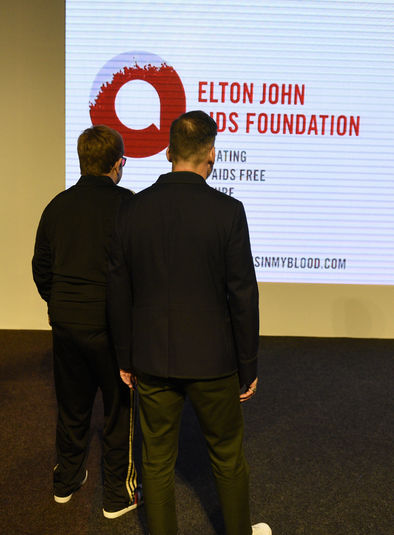 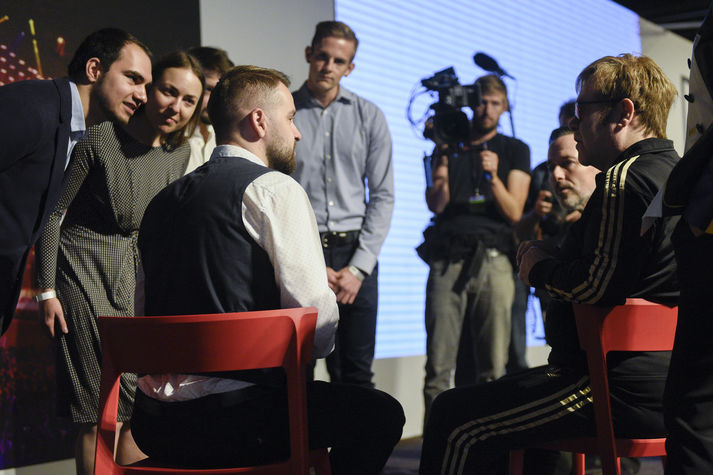 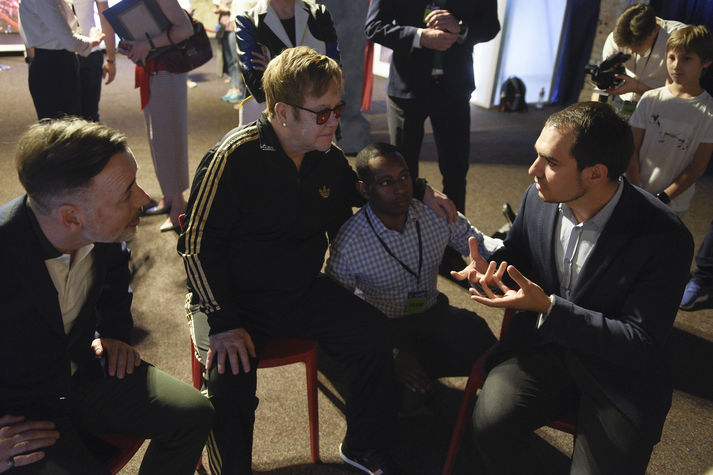 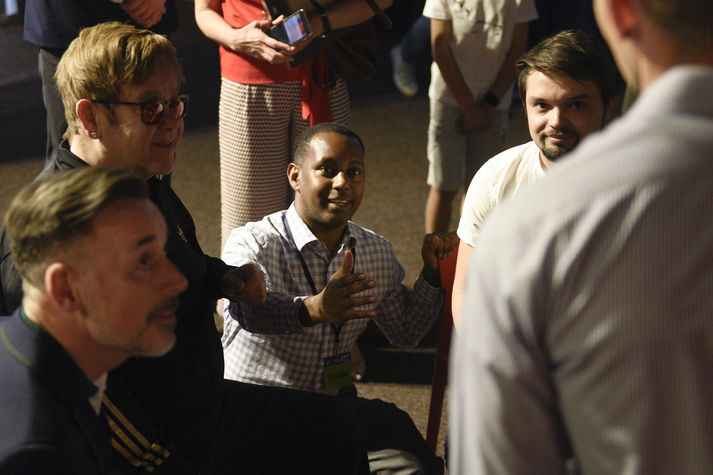 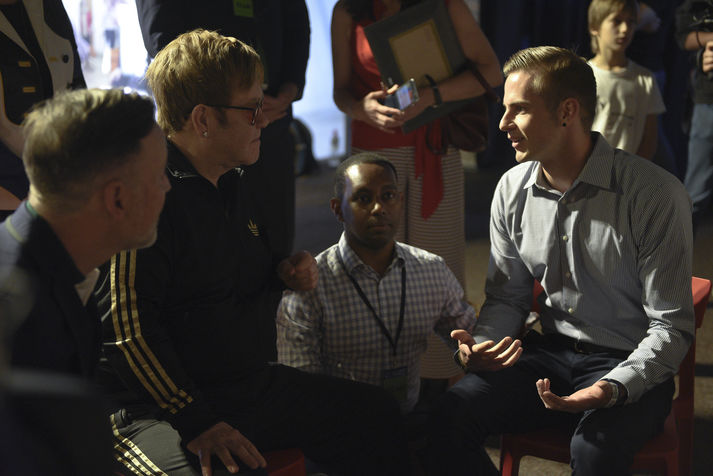 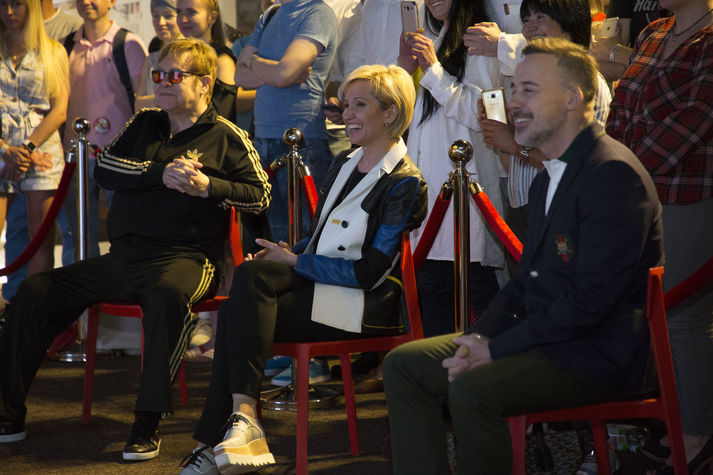 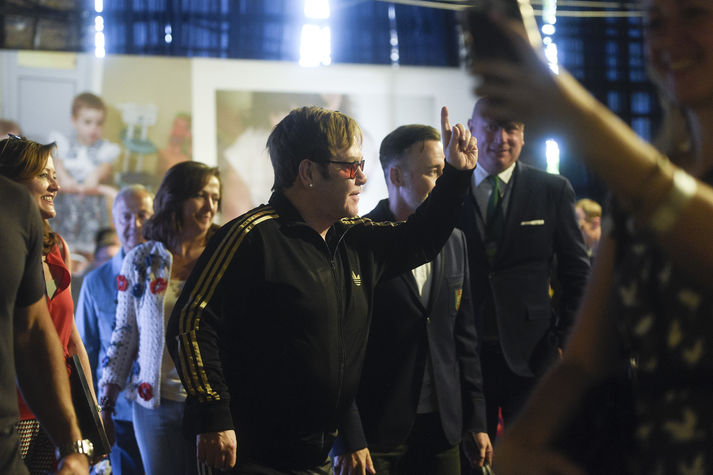 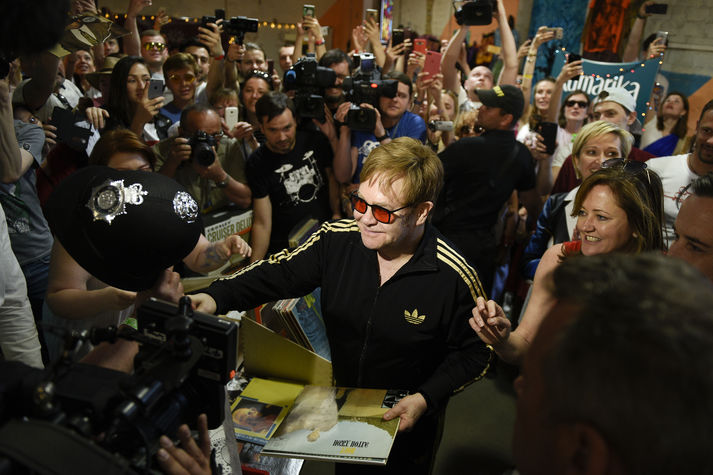 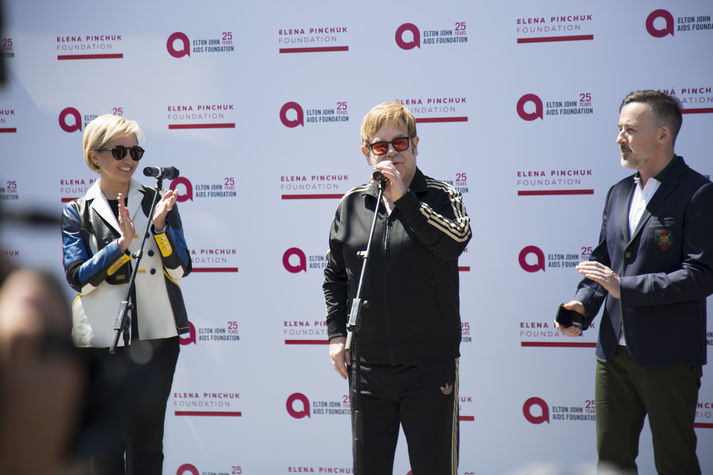