Data on HIV/AIDS in Ukraine

Situation in the world 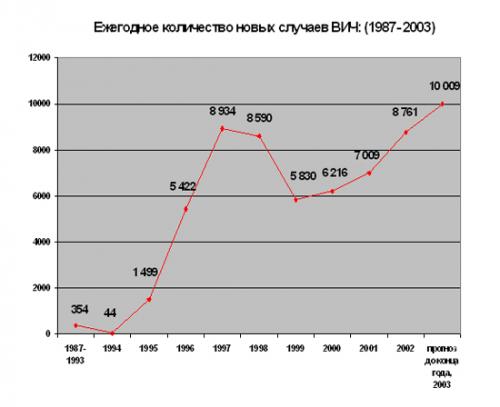 According to experts estimations 1% of the population in Ukraine live with HIV/AIDS (approx. 360 000 people, other data states that prevalence rates is equal to 1,4% of the general population).

In many countries deeply affected by HIV/AIDS only one out of ten HIV-infected knows his status.

Ukraine today is at the first place in terms of HIV/AIDS prevalence rates among general population in the Eastern Europe and Central Asia.

It means that on the average 32 new HIV/AIDS cases were registered every day.

According to the expert’s estimation, in 2004, more than 180 people contracted HIV/AIDS every day.

As to the experts estimations, if nothing will be done, from 4 to 10% of the total Ukrainian population would be HIV-infected by 2010.

The most affected regions are Dnepropetrovsk, Odessa, Nikolaev, Donetsk, Crimea and Kiev.

According to the expert's estimations this figure equals to 20 000 AIDS deaths.

Ways of HIV/AIDS transmission: from the drug users to sexually active part of the population

Available data demonstrates that while injecting drug users remain the main risk group of HIV in Ukraine at present and represent majority of all HIV/AIDS cases, quantity of cases of heterosexual transmission is increasing.

To compare, ways of HIV transmission in 2000:

In 1997, IDUs composed 76% out of the total number of HIV-positive people. Today this figure decreased to 71%. 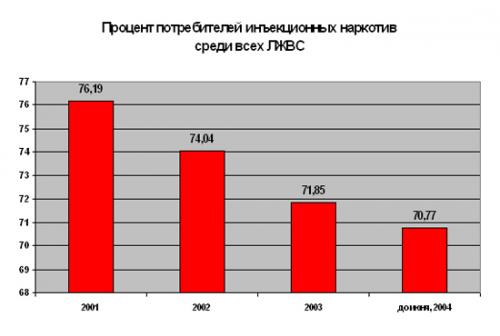 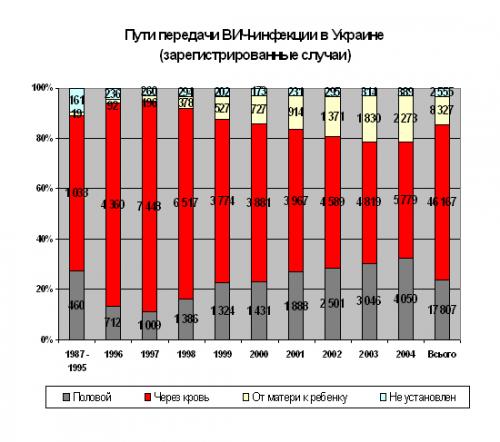 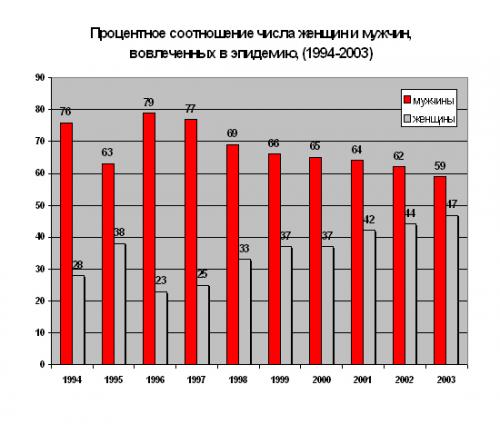 97% of HIV-positive kids contracted HIV from their mothers. 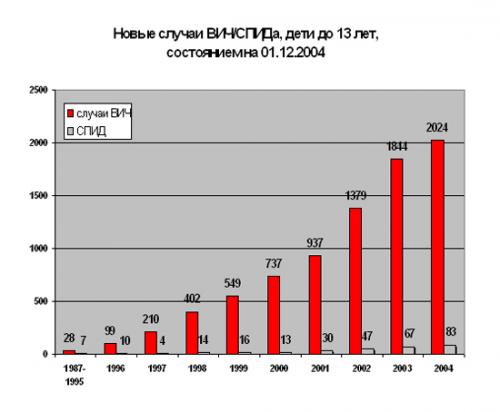 The treatment is available in Donetsk, Odessa, Dnepropetrovsk, Nikolaev, Crimea, Kiev and in Lavra hospital (where HIV-positive people from different regions can receive treatment).

What these figures means for Ukraine (British Council estimations)