Since the 1970s, Nan Goldin has taken intensely personal photographs, images that are transgressive, sexual and spontaneous. One of the most recognized of her works is The Ballad of Sexual Dependency (from 1979), a visual diary chronicling the struggle for intimacy and understanding between friends, family and lovers.

“AIDS changed everything in my life. There’s life before AIDS, and after AIDS.” Nan Goldin

AIDS became a major subject in Goldin’s work as the disease killed many around her. Dorothy Karen “Cookie” Mueller, one of her closest friends who had appeared for many years in Goldin’s photographs, died of AIDS in 1989. By bringing her images of Cookie together in 1990, the artist gave AIDS a human face.

NAN GOLDIN (born 1953) started to exhibit in Boston and New York in 1978. In 1989 she curated the first major show on AIDS in the USA, Witnesses: Against Our Vanishing, which led to the formation of the Visual AIDS collective. Since, she had numerous solo exhibitions worldwide, among them a mid-career retrospective at the Whitney Museum, New York, in 1996. That same year a documentary about her life and work, I’ll Be Your Mirror, won a Teddy Award for Best Essay at the Berlin Film Festival. In 2001 the Pompidou Center, Paris, and the Reina Sofia, Madrid, organized the retrospective exhibition The Devil’s Playground. Goldin received numerous awards, including the DAAD Artists-in-Residence programme, a grant from the National Endowment for the Arts, the Commandeur des Arts et des Lettres, the Hasselblad Award, the Englehard Award and the Edward MacDowell Award. In 2011 she received the ReD Award for her outstanding work in the field of HIV/AIDS. Goldin lost many close friends to AIDS in New York, Berlin and Paris. Today most of her closest friends are living with HIV/AIDS.

On the occasion of the 10th anniversary of the Elena Pinchuk ANTIAIDS Foundation, the PinchukArtCentre and the ANTIAIDS Foundation present a special exhibition dedicated to the theme of HIV/AIDS in contemporary art, entitled Where There’s a Will, There’s a Way. The exhibition opens ahead of World AIDS Day on 1 December and bridges artists’ early response to AIDS in the US in the 1980-90s with today’s urgent need to raise HIV/AIDS awareness in Ukraine.

The project includes iconic works by Damien Hirst, Ai Weiwei, Nan Goldin and Félix González-Torres. Five new pieces were created especially for the exhibition, including a large scale outdoor video projection by Tony Oursler; a multimedia project created by Nan Goldin in Ukraine in the lead up to the exhibition; a video by Ai Weiwei; a photo by Sergiy Bratkov; and a performance by Ilya Chichkan.

Each of them, in one way or another, in their life or in art, has encountered the subject of AIDS. The exhibition concept found an expression in a work by Damien Hirst, which provided the title for the show: Where There’s a Will, There’s a Way (2007). It is the will to defeat AIDS, one of the largest epidemics in Ukraine’s modern history, and the chance to stop it, changing the history of this country. 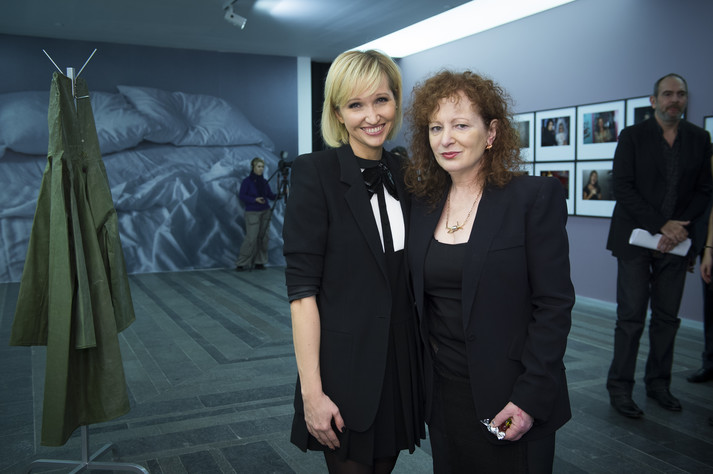 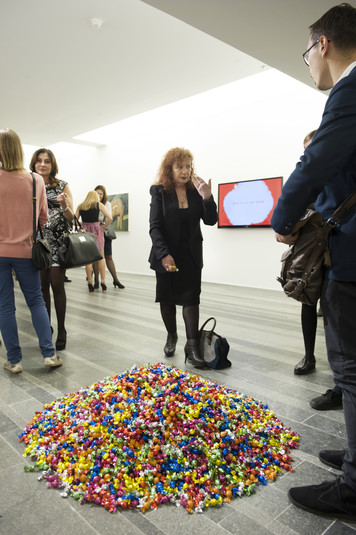 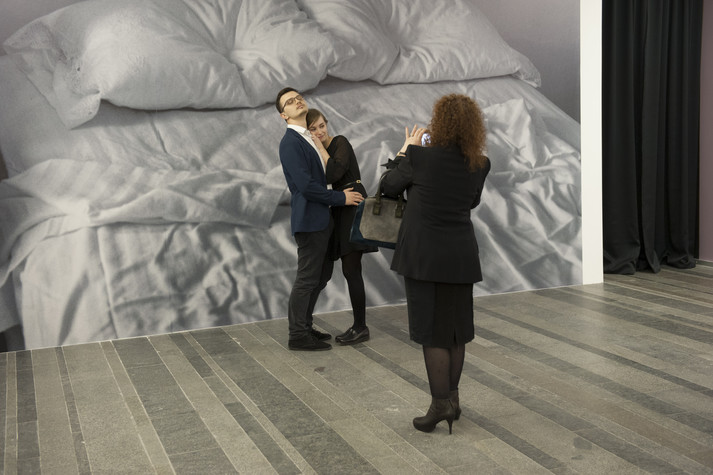 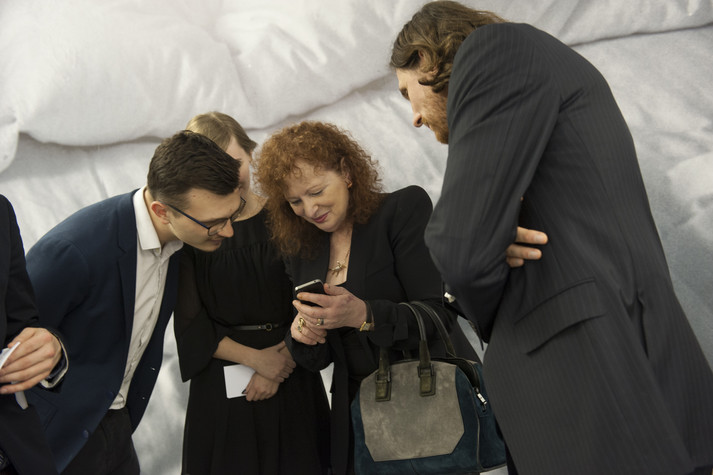 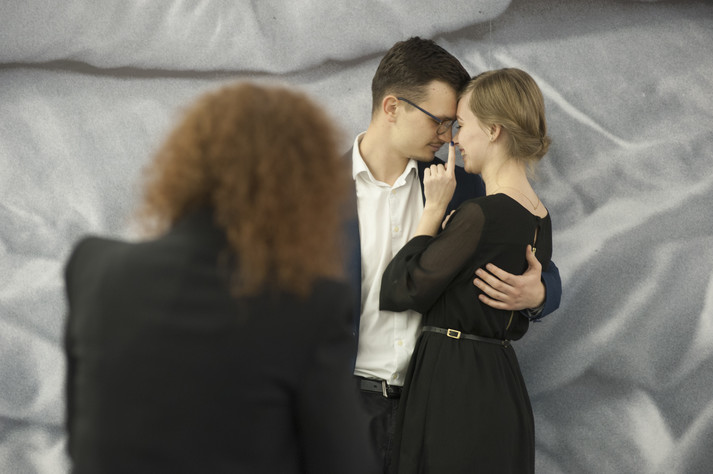 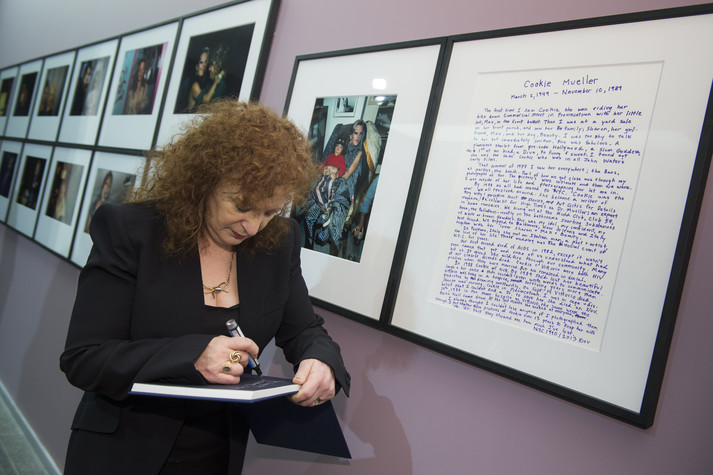 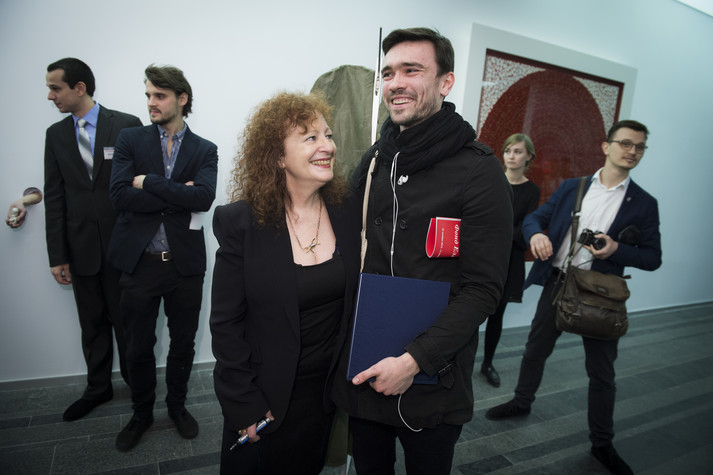 14 November, 2013 00:58
Art of fighting AIDS: exhibition on the occasion of the 10th anniversary of the Elena Pinchuk ANTIAIDS Foundation